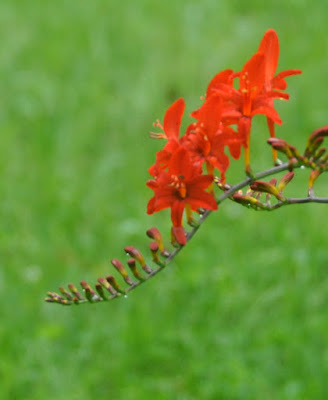 On this Independence Day I want to summon up images of friendly neighbors of every persuasion meeting on the green lawn of some small town square to celebrate the Glorious Fourth. The high school brass band plays in a  band shell festooned with red, white, and blue bunting while a homemade parade -- kids and bikes and pets, old guys on riding lawn mowers, and anyone else who wants to be there -- all decked in red, white and blue, circle the square three times before adjourning to the laden picnic tables.

No political speeches -- just a welcome from the mayor as she recognizes the folks from all the local  churches/synagogues/mosques and many other groups who have laid out all manner of wonderful food -- from fried chicken and potato salad to kebabs and pirogis, Native American fry bread and spanokopita, tamales and Korean barbecue. Every one is trying a little bit of every thing but saving room for the watermelon and the homemade ice cream and the Cuban flan.

As the light begins to fade, kids dart through the crowd waving sparklers. The mayor calls for quiet and a singing of the national anthem before the fireworks begin(noiseless out of consideration for victims of PTSD and all the critters who would be terrified by the booms.)

And the first silent fountain of color in the sky elicits an Oooh from every throat and the firefly sparklers weave through the night and everyone in the square smiles at their neighbor and feels a silent burst of pride in this town, this state, this U. S. of A. . . 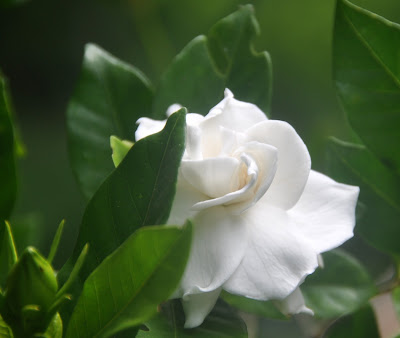 That's what I want to write about. But I can't summon up any non-fictional inspiring words on this Independence Day.  With the current occupant of the White House playing the fool, encouraging the basest instincts of his admirers, and generally making our nation a laughing stock, I'm not seeing much to celebrate today.

Healthcare, education, the environment, the media,civil rights, the meaning of truth itself are all under attack by the Buffoon in Chief and his enablers -- who, in my opinion, are even guiltier of destroying our nation than he.

( When a toddler goes on a rampage, breaking everything in sight and his parents stand by watching -- uttering an occasional tsk, tsk  -- I know who I'd blame.)

The NRA runs an ad that is uncomfortably close to calling for taking up arms against any who disagree with the current regime; an all-girl team from Afghanistan is denied visas to travel to a robotics competition in the US; people who have lived all their lives in the US are being deported, millions may soon find themselves without health insurance again . . .

Is this the America you want? A nation run by and for billionaires, a people whipped into fear so the gun industry can sell even more guns and ammo,  a once proud world power represented by a semi-literate, name-calling, insecure, second rate reality television personality?

If I were flying a flag today, it would have to be upside down. 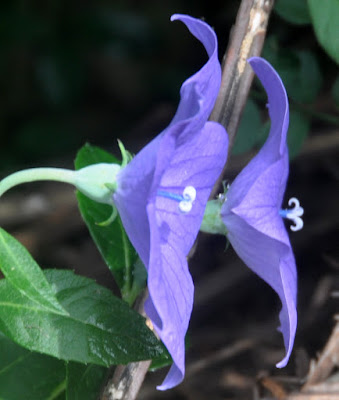 Email ThisBlogThis!Share to TwitterShare to FacebookShare to Pinterest
Labels: a little political, July 4

It must be so hard to be an American with decent human values these days. Your toddler and parents analogy ...

I look at my community and the people I know and I know that they are pretty much good, kind people. And I also know that some of them voted for and support Trump. And I cannot reconcile those two things. I cannot understand how they can be kind and caring people and yet . . . I'm generally pretty good at empathy but it's falling short here.

I'm not sure how my neighbours actually arrived to the situation they are in, I only know it cannot be fun being there. What once was a strong and proud country has become unsure, shifted by a man and his team who only cares to divide it even more, betray it even more and to make more money personally. He doesn't love his country. He's playing a game of pretend with it's people.The poor believe they too will become rich, the stupid smarter and the weak stronger. It will take time but the country I know and love, especially it's people, will grow and look back at this moment in history and say "never again".

I'm just focusing on the past these days...where I can see the foibles of the revolution, the beginnings of our government through many mis-steps, and the promise that it could possibly be a government for the people, by the people. I harken back to the recent Supreme Court decision that enabled a corporation to be a person, a big fall into some of the power that has been abused recently. (Citizens United, the Supreme Court's 5-4 First Amendment decision in 2010 that extended to corporations for the first time full rights to spend money as they wish in candidate elections — federal, state and local. The decision reversed a century of legal understanding, unleashed a flood of campaign cash and created a crescendo of controversy that continues to build today.)

I'm with you Vicki! Stinks. And the Reoublicans are the worst of it.