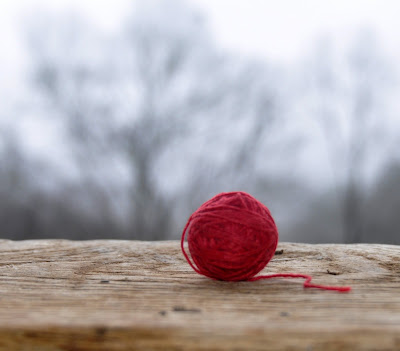 "A witch pays attention to everything that's going on.

"A witch uses her head. A witch is sure of herself. A witch always has a piece of string.
. . .

If ever we needed witches, it seems to me it's now.

Some time ago, when I admitted that I'd never gotten into Pratchett's Discworld series, Mario and/or Barbara (Facebook friends and fellow book pushers) recommended that I read The Wee Free Men.  And now I have and I loved it.

Tiffany Aching, a pre-teen witch who has hust discovered shes a witch, a toad who may have been a lawyer, and a horde of red-headed, blue-tattooed, kilted wee men -- six inches high, take on evil in a funny/ beautiful/ archetypal tale that had a special resonance for me at this troubling time of regime change. 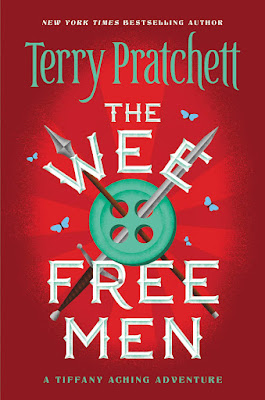 "This . . . creature was trying to take her world.

. . . "Then turn selfishness into a weapon. Make all things yours! Make other lives and dreams and hopes yours! Protect them! Save them! Bring them into the sheepfold! Walk the gale for them! Keep away the wolf! My dreams! My brother! My family! My land! My world! How dare you try to take these things, because they are mine! 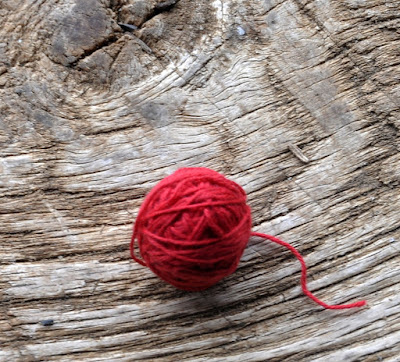 Maybe it's just my inner English major, she who likes to find meaning in literature, but I think that last speech could have been spoken by many of the women who marched on Saturday.

On to book two in the Tiffany Aching series -- I hope it will be as delightful as the first. 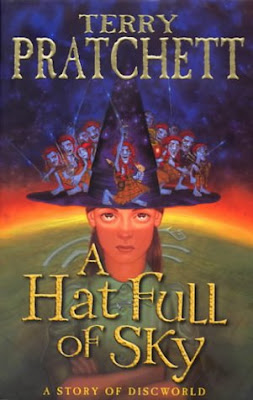 I recently discovered this series and fell in love with it as well. You have some enjoyable reading ahead of you!

I've yet to read any of this author's books, and thank you for your recommendation. Oh yes, Vicki, I think that similar thoughts were very much hovering around folks who were either participating in, or watching, Saturday's marches. xo

I did not read any of the books of this series but I'll take a look.