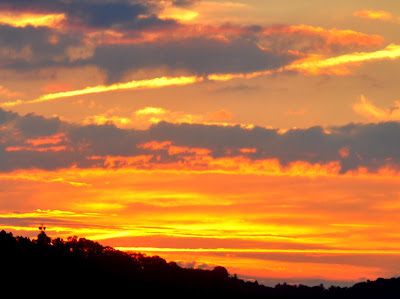 Early yesterday, earlier than these pictures, I was awakened by a commotion in the cat room -- the small disused bath next to the bedroom that is home to the litter box and cat food dishes. 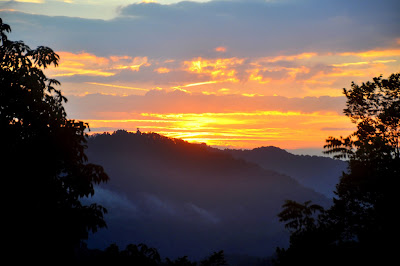 I hauled myself out of bed to see what was happening and found both cats crouched and staring under the old claw foot tub. Investigation with a flash light revealed a flying squirrel in a defensive position that the cats couldn't reach. And neither could I. 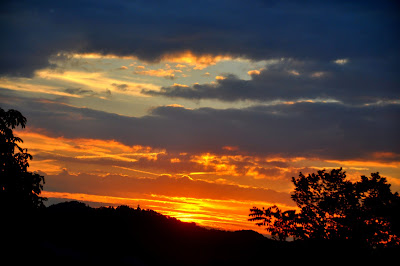 So I went back to bed to consider what to do. Flying squirrels invariably climb up things so as to be able to glide away. But until the cats went away . . . 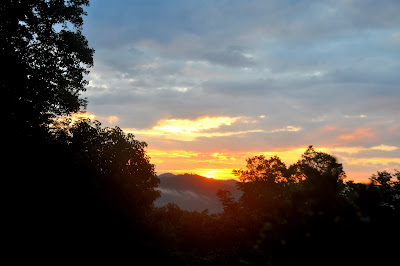 Just about then, my cellphone on the chest beside the bed gave a little burp to let me know I had a text. (It's a dumb phone that once fell in the water. It can receive texts but any attempt to reply always ends badly.)

I looked at the phone. 4:30 in the am. Who could this be? I punched the ok button and received the following message:

BE THE MAN OF STEEE IN BED!

Hmm. I've heard of the Man of LaMancha and there's a Scotch made by the Men of Tain. But Man of Steee?

I fell asleep, dreaming that I was the Man of Steee -- a taciturn fella in a kilt who got all his best ideas while dreaming.

When I awoke the cats were on the bed and the flying squirrel was hanging on the screen door that leads out to a small deck. It was the work of a minute to open the screen door and watch him glide away in the dawn's early light.

And with the dawn came the realization that other people mess up  texts too. Sometimes even spammers pushing ED solutions. 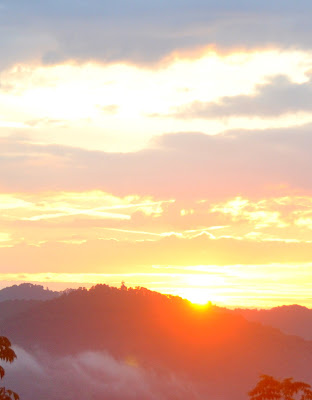 Hah! I can picture you singing the anthem (dawn's early light) as the squirrel flew away.

I don't think I have ever seen a flying squirrel...certainly not in my bathtub. A visit to Mr Google is required.

What a night for you, the kittehs and the squirrel!

Except for Rocky, of course. xo

We've had many misadventures with those dratted little flying squirrels. They have broken a lovely glass hummingbird feeder to get at the nectar. They have chewed through the grate over the vent under the eaves and nested there. They have chewed wooden bird boxes to make the holes large enough to use the box for squirrel nests and useless for birds. They have chewed through two screens and come inside the house. And most recently one of them climbed into the dryer vent outside opening, fell down the vent tubing, and died, creating a horrid smell until the appliance man came out. And the dear sweet little things are protected by law.

All's well that ends well. With no help from the "Man of Steee." Such a great story, Vicki. You're a gem of a storyteller.

Boy men of steee and flying squirrels in your dreams I am trying to interpret your dream but I get lost in space. Oh, I forgot there was a real flying squirrel in the cats bathroom. Who needs a dream when you are living a dream

Love to watch the Vicki mind melding potential stories into one!