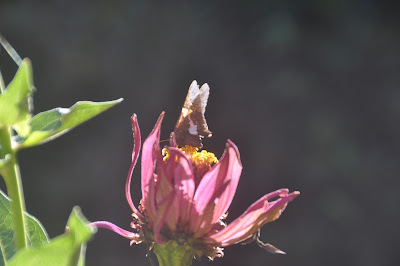 I can't resist sharing with you all a bit from that unpublished first book. Elizabeth is on vacation at the coast and has discovered a body on the beach. This is a bit with Aunt Dodie -- you all may remember her from UNDER THE SKIN and her phone message at the end of IN A DARK SEASON.

No sooner had Elizabeth put down the phone than it rang again. “Elizabeth, dear,” quavered the voice at the other end. “This is Aunt Dodie.”

With an amused smile and a resigned glance toward the waiting journal, Elizabeth leaned back, prepared to listen. Aunt Dodie Russell was not actually her aunt, but had been a good friend of her mother, and now, years after Elizabeth’s mother’s death, Aunt Dodie still kept in touch, phoning or sending cards several times a year. She lived, as it happened, in New Bern and Elizabeth had been planning to pay a formal visit during the course of the next week. Aunt Dodie had visited Elizabeth and Sam on the farm years ago, and had admired everything politely while confiding, “You know, it’s all so charming but I would miss the concrete.” 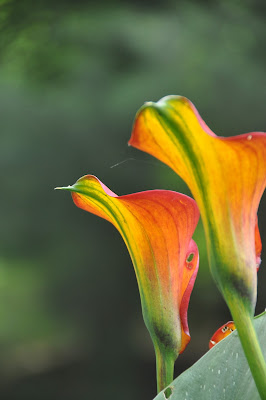 Though unwilling to travel now, Aunt Dodie still lived in the house she and her husband had bought as newlyweds. They had had no children, one of the reasons for her continuing interest in Elizabeth. Now, since the death of “the old gentleman,” as Aunt Dodie always referred to her late husband, she lived quite alone with the occasional help of Keith and Raul, her next door neighbors, who ran an interior decorating business and antique shop. The “boys,” as she called them, had adopted Aunt Dodie for their own, referring to her as “a perfect period piece” and helping out in countless ways.

“Aunt Dodie!” Elizabeth said cheerfully, for she was very fond of the scatter-brained little octogenarian, “I was going to call-”
“Well, dear, I called your home and that nice nephew of yours, so polite, it’s quite a pleasure to speak with him, well he told me that you were in Beaufort and gave me your phone number and I said, then she is the one in the newspaper, my dear, how awful for you and what a coincidence but when I read the story, the newspaper was a few days old because the paperboy, well she’s a girl actually, so nice that girls do so many things nowadays, but she’d thrown it onto the roof. Raul wanted to go up after it but I said absolutely not with your bad back and I know Keith has a thing about heights from that time their cat was up the tree so I finally caught the girl this morning and made her get it down for me; the roof isn’t high and there’s such a stout lattice by the front door almost a ladder really so she was in no danger whatsoever but we ought to pay for the consequences of our carelessness, don't you think so, my dear?” 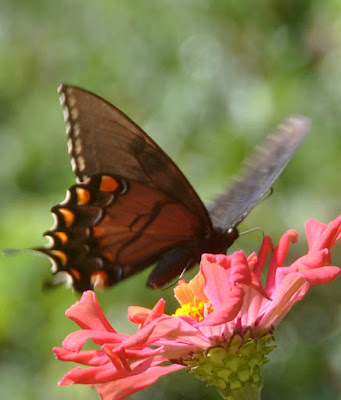 Aunt Dodie’s in good form, thought Elizabeth, wondering briefly how Ben had dealt with her ramblings.
“And the odd thing, well the really odd thing is that I know the Harper family, though when I say family, it’s really Genevieve the mother that I know, she was in my garden club till she moved away but she had the most beautiful and really unusual caladiums, those beautiful pinks and greens and whites do so well with azaleas and she was always generous about dividing them. She gave me quite a few and they’ve absolutely flourished so when I saw in the newspaper that an Elizabeth Goodweather had discovered poor Charlotte’s body and I remembered how you and Sam used to spend time down around Beaufort, I said to myself, it must be my little Elizabeth and then I-” 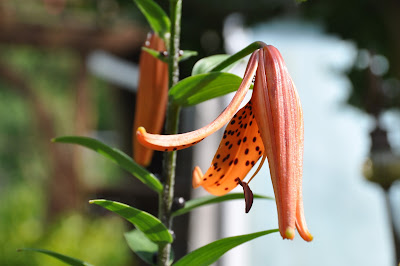 “Aunt Dodie,” Elizabeth broke in, “will you be at home tomorrow?  I’d like to come see you.”
“Well, of course, dear, that is just what I was going to propose. I’ll go to early church and then we can have lunch here at my house on the veranda. These days are so lovely for being outside, not too hot or too chilly and the veranda is screened so we don’t have to worry about bugs though they’re not so bad at this time of year. You do remember how to get here, don’t you?  You and poor Sam visited me just the year before he- Such a sweet man and you go on so bravely, your mother would have been proud . . .”

Five long minutes later and Aunt Dodie had decided she needed to end the conversation so she could attend to the chicken salad she was making for the next day. “It’s always much better when the ingredients can get to know each other overnight, don’t you think, my dear?” 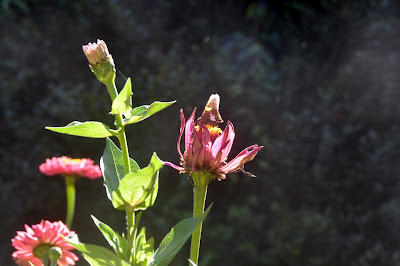 You have such a gift for really vivid characters - their voices are so clear in my head!

I grew up with quite a few Aunt Dodies -- my grandmother's bridge club comes to mind.

Aunt Dodie rings very true, Vicki. You have taken me down some memory lanes with your relating of that phone conversation. Mentioning Beaufort and New Bern rang bells. Thank you very much for sharing the excerpt with us,. I wouldn't mind another helping sometime, if it would be convenient.

I think I am ready to read the whole thing ;-)

This is too good to keep to yourself, Vicki. It's begging to be read by a wider audience.

I too had my "Aunt Dodies". Would absolutely love to read the entire book! :-)

I wouldn't mind turning into Aunt Dodie, actually. I'd love to make the paper carrier pay for her sins, though I was a papergirl myself a gazillion years ago, when I was 12 in Meadville PA, where zippers were invented back in the early 20th century, so our town didn't experience the Great Depression because the zipper factory still had a monopoly on the zipper and my dad worked there.

Love Aunt Dodie, Teaches you patience as she wonders around her brain. Brings back memories of my Aunt Josephine. She could whistle better that a canary could sing. She would read stories to me when I was little. Uncle Remus was my favorite. Thing is the readings always came out different each time she told them. Thanks Vicki for the memories.

Great comments and I like how many memories this snippet evoked. Before long I'll share some more. I am still getting the last three chapters onto the computer, editing as I go. Then I want to go back and fill in some major plot holes. Eventually I'll make it available in some form.