The term 'loose cannon' has been thrown about a good deal recently. Here's its origin.

Back in the Age of Sail, when great battleships ruled the sea, armed with multiple cannons that flung death across the waves, a loose cannon was one of the most dreaded emergencies.

These weighty iron monsters which recoiled with tremendous force were secured by huge cables to keep them in place. But sometimes, in the midst of battle, a breeching rope might be severed or otherwise undone and, with the rolling of the ship, the cannon, a searing hot juggernaut, would slide back and forth across the deck, a threat to anyone in its path.

And it was always possible that, if not somehow stopped, the loose cannon would break through the ship's hull. If this happened on a lower gun deck, just above the waterline, it could be fatal to the ship.

Now imagine a loose cannon on our Ship of State. . . 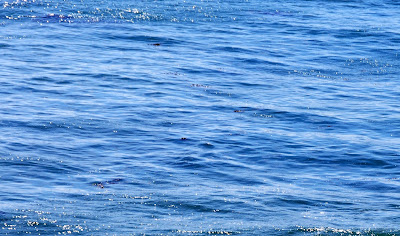 Yikes, she might just sink the ship and we'll all go down.😏

Dear Vicki, good to be reminded of the sources of expressions we use.
Language can be very powerful, and not always a casual plaything.
xo

Yes, the loose cannon in question should definitely be fired...by the GOP.

The possibility is too depressing to even imagine. Jim

...just having a little fun with you 😜

One way to stop the assault is all of us douse his powder with what ever is handy.