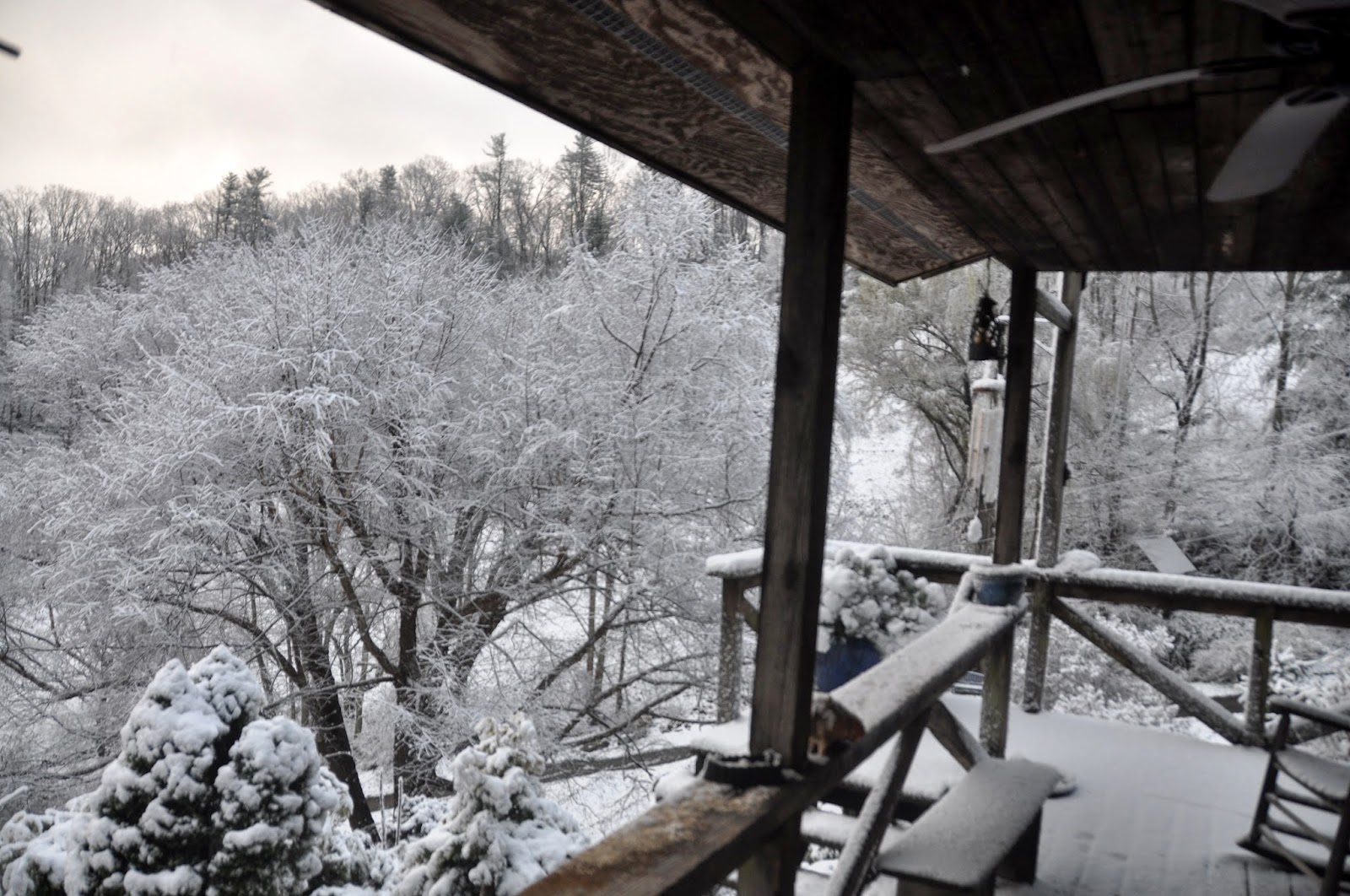 We awoke Sunday morning to a fluffy layer of snow . . . 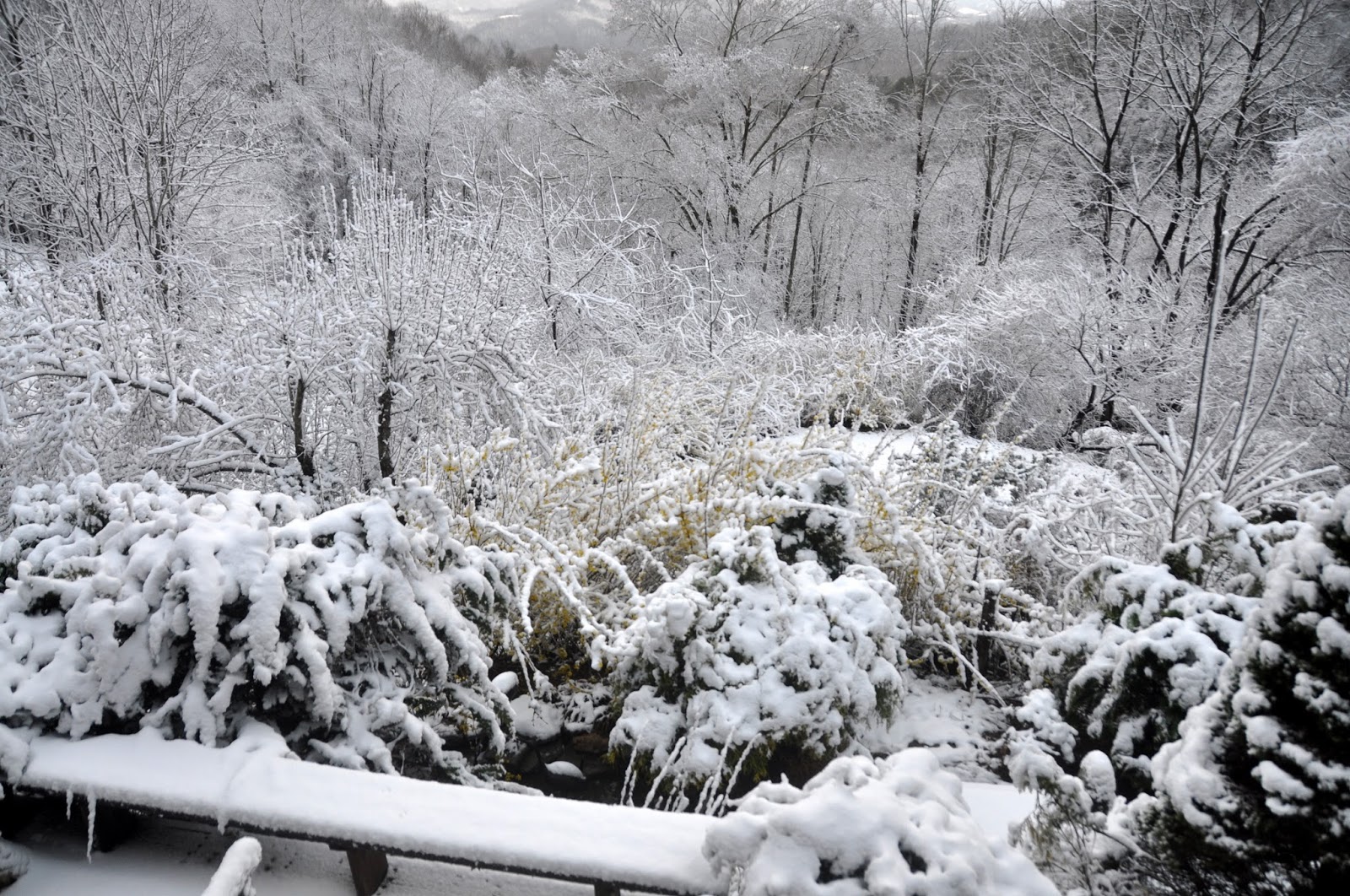 It weighed down the forsythia. . . 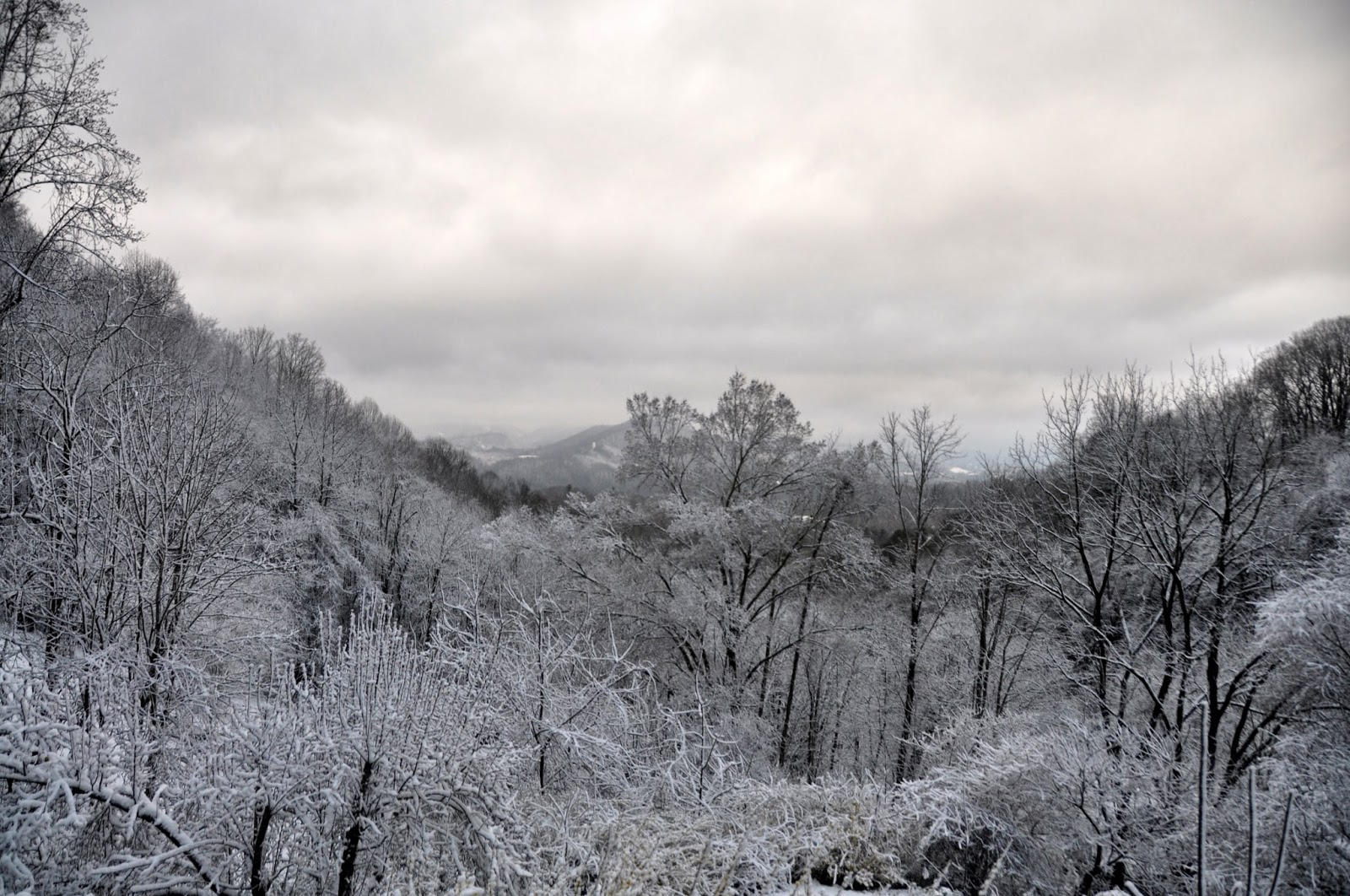 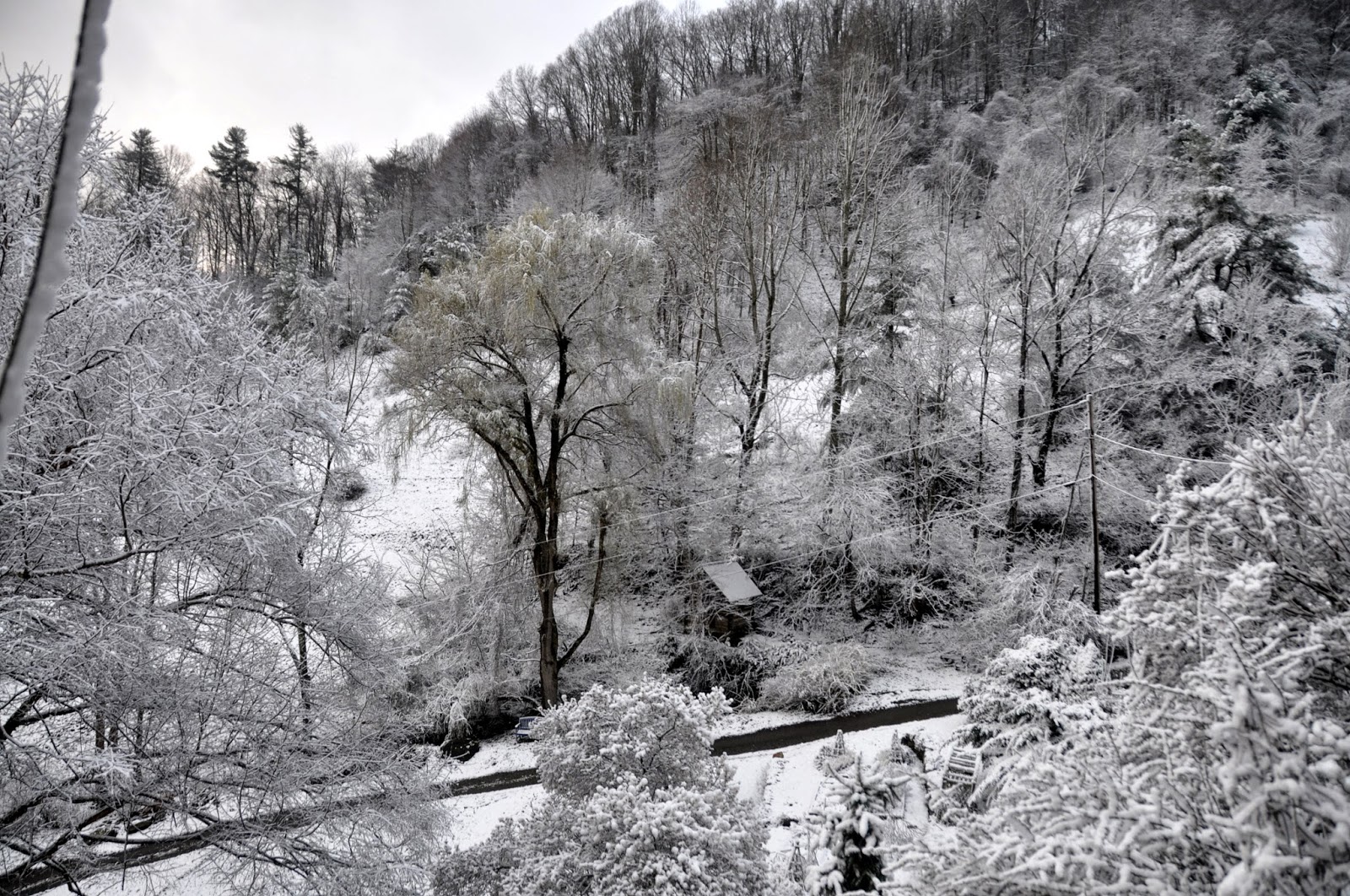 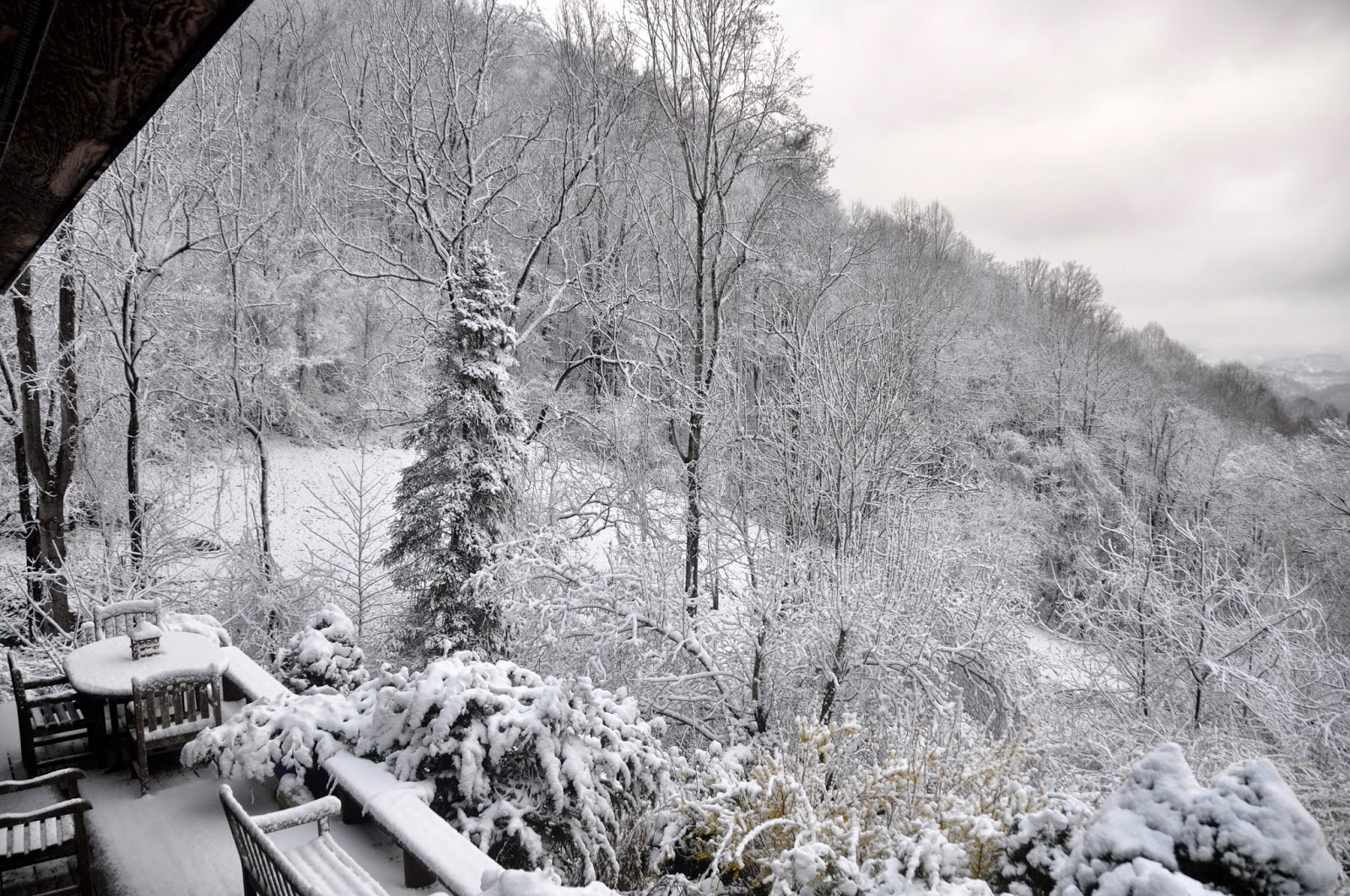 But even as I took those snowy pictures, there was a steady drip-drip-drip
and by midday spring had returned. 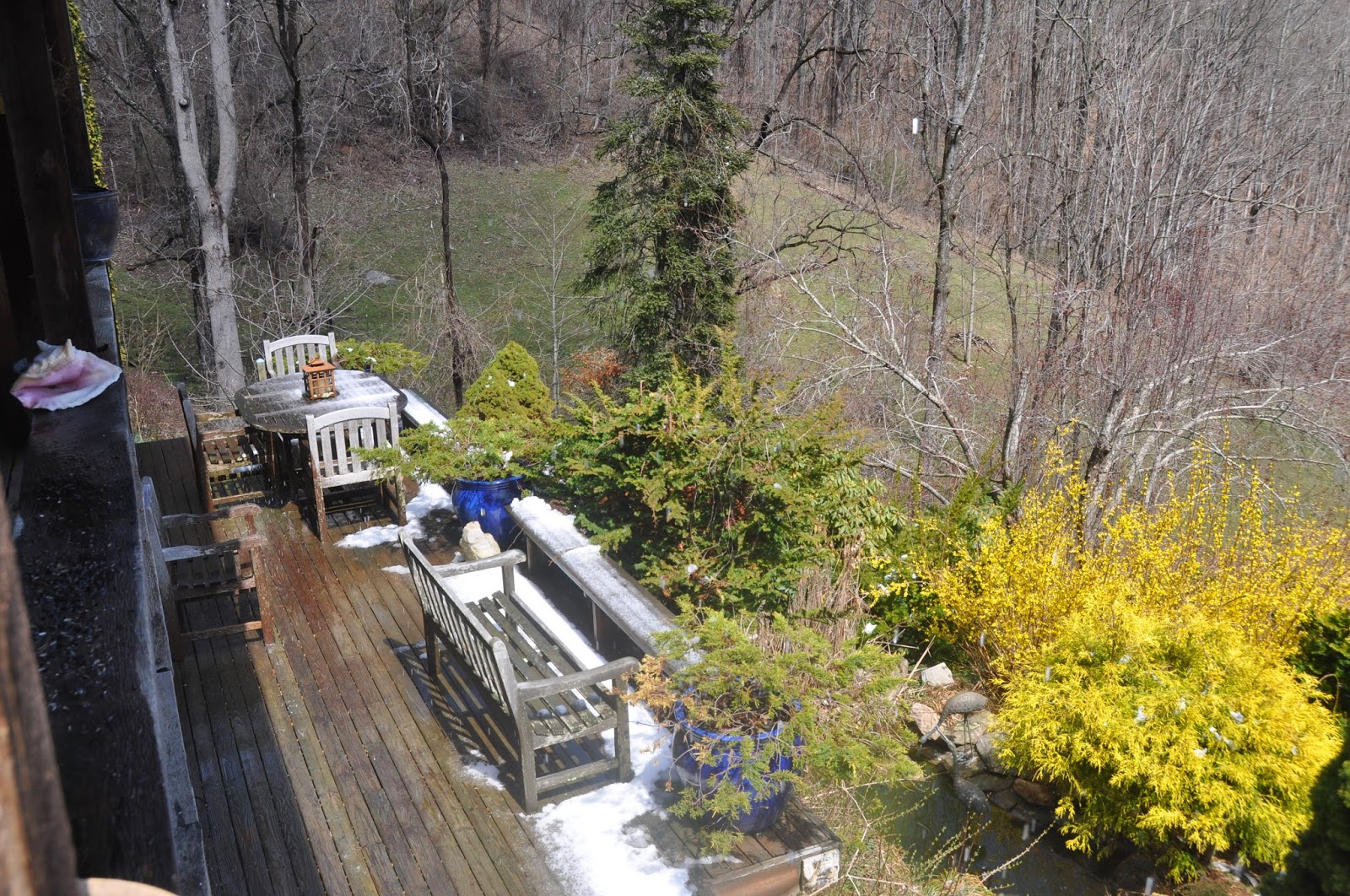 By four, there was no snow to be seen
except far away on the highest peaks of the Blue Ridge . . . 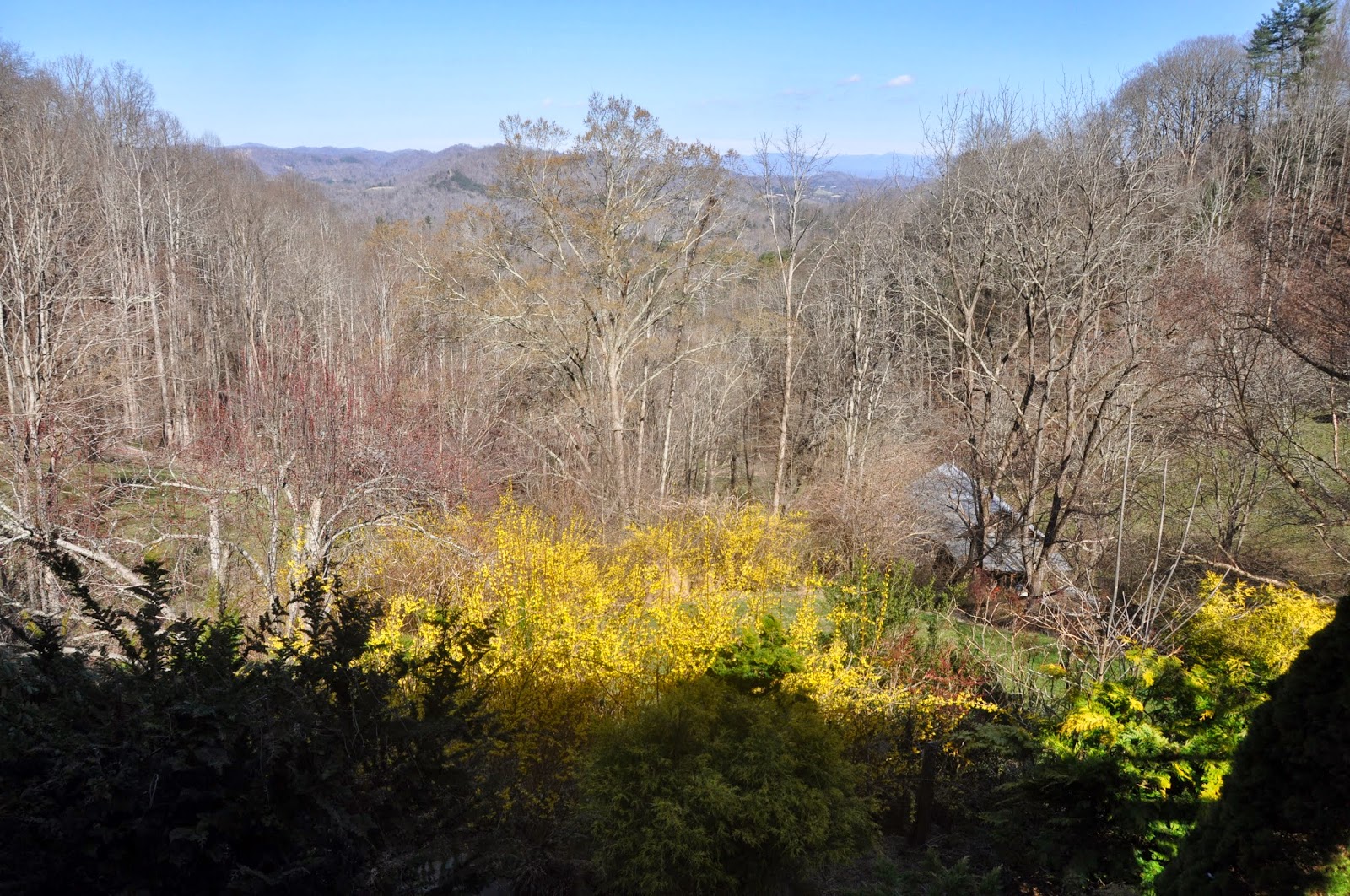 The weeping willow and the star magnolia were unharmed. . . 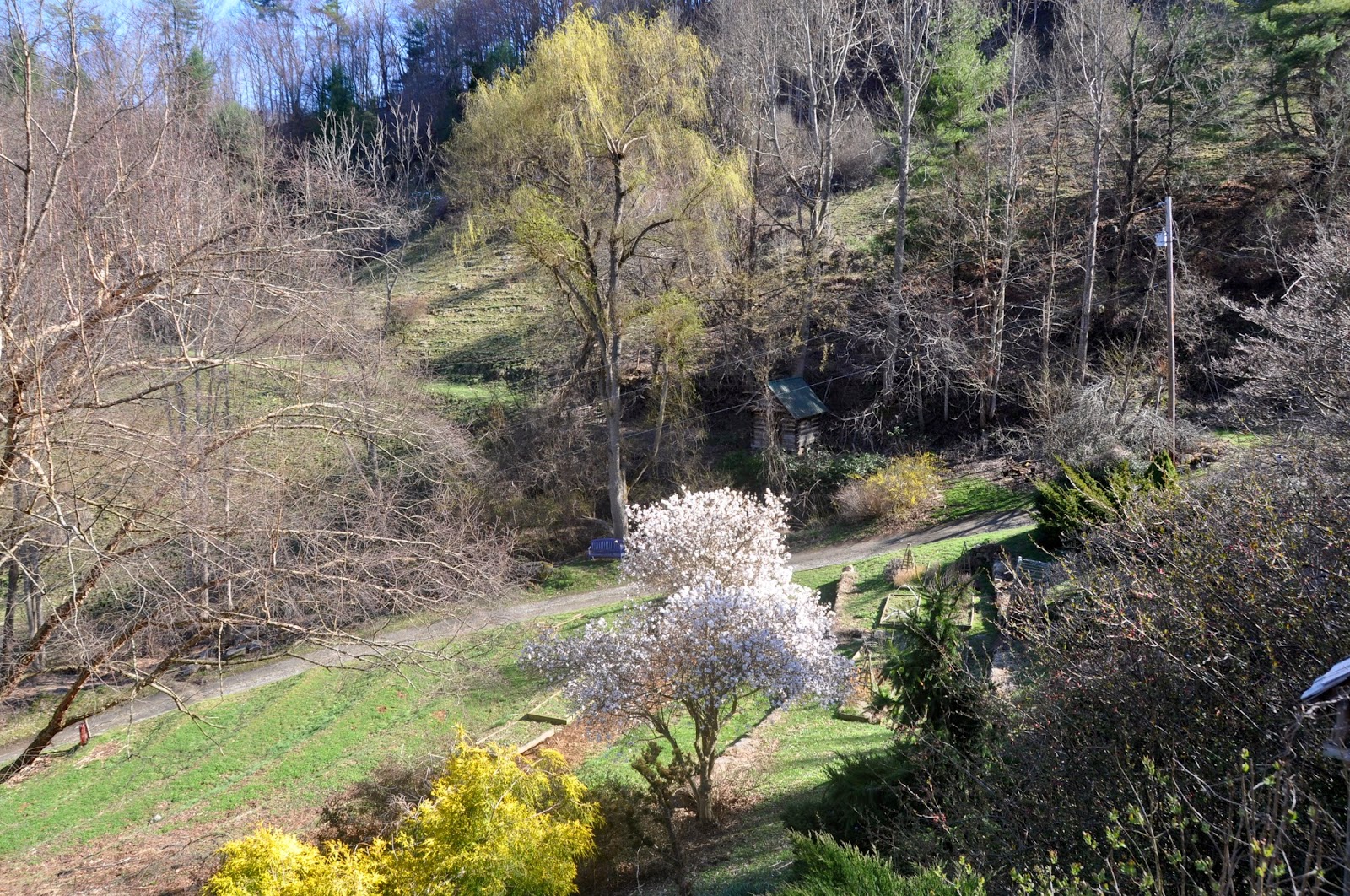 And the daffodils lifted their heads once again. 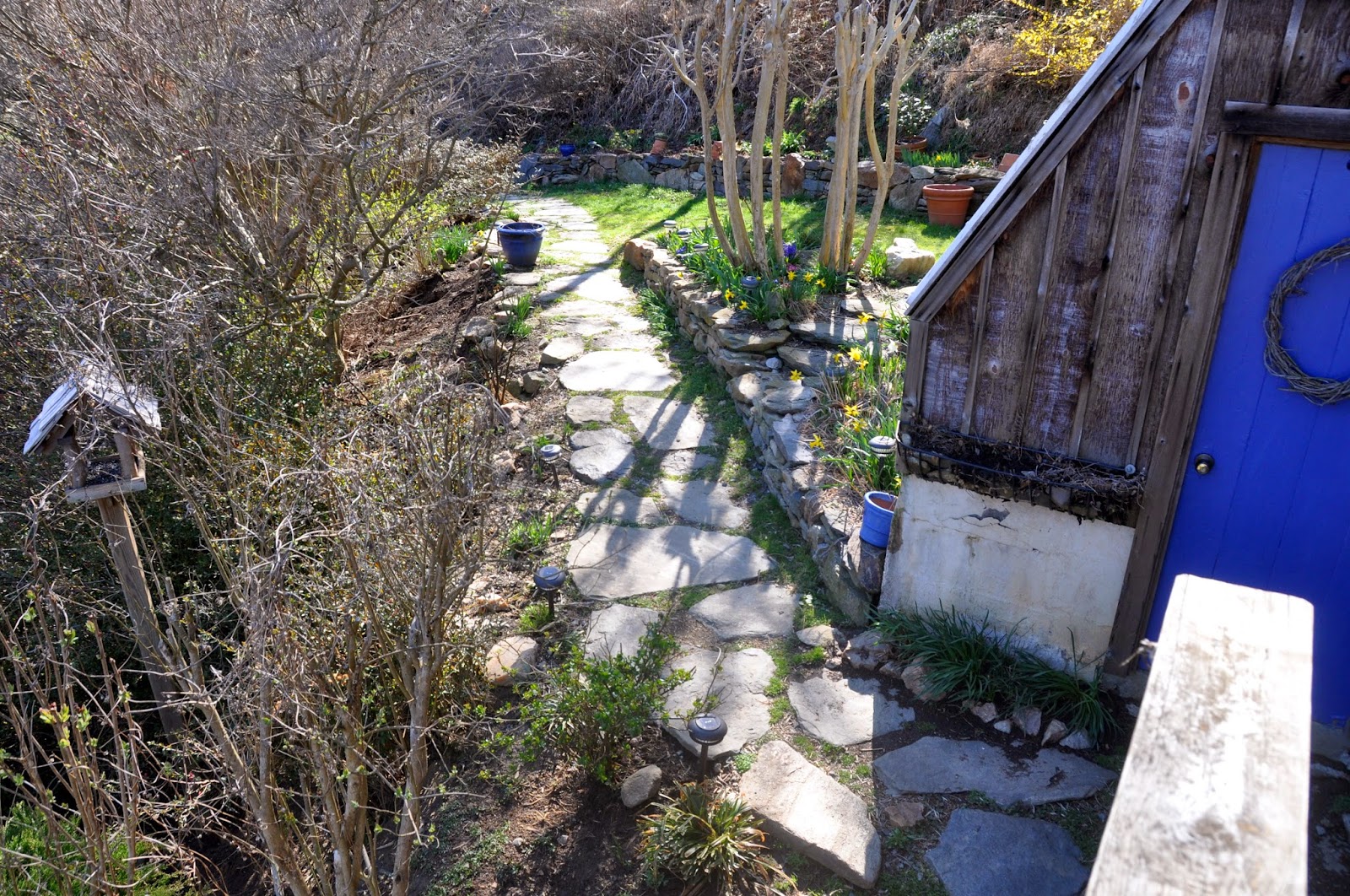 That's a dramatic difference in a relatively short amount of time!!!

What change in such a brief time! I'm glad all the blossoms were unharmed...they are so beautiful.

Happy to see your star magnolia is blooming! We have yet to see if ours survived this onset of low temps., even though we live such a short distance apart! I should be used to it by now, but I'm always amazed at the difference altitude makes.

ha. it snowed about 3 hours yesterday morning here...never really stuck...but it snowed hard....then melted away to a wet but overcast day.....crazy....

What a springtime transformation on your hillside! I do love the soft greens, yellow and pink a bit more that the fluffy flakes.

We had record-making rain Saturday and Sunday...even a thunderstorm on Sunday afternoon. Still on the lookout for some spring blooms!

Beautiful...our daffies this year are more hardy than believable!

Now that's MY kind of snow. We had even less here and it disappeared before noon.

Glad the snow went away and spring came for you.

Amazing and beautiful. It always surprised me, when I was in Tennessee, that the hottest part of the day was tea-time, i.e. 4 pm onwards. Over here it's usually middle of the day.