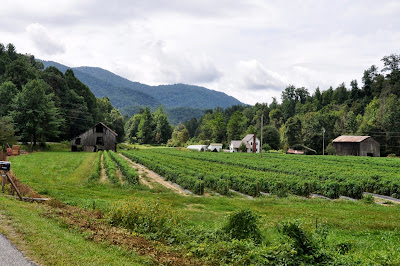 Shelton Laurel is in a remote corner of our county -- beautiful wide flat fields lying between wooded mountains. "Some call this hallowed ground," David Shelton told me when I visited him Monday in search of more information on the Civil War atrocity that is the central event of the novel I'm working on.

Some of Shelton's ancestors were among the victims of what is called the Massacre and, as I've already interviewed a descendent of Col. Allen who led the soldiers that killed the Shelton Laurel unionists, I thought I should hear the stories that have come down on the other side. The books that deal with the Massacre and even some of the early sources are contradictory.

Of course I'm writing fiction, but it's real people and real events and I'm trying to exercise due diligence. 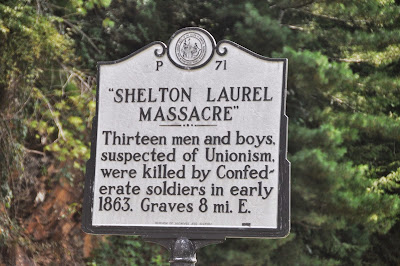 At this remove of time, I'm not expecting to find incontrovertible proof of anything -- what I'm writing about deals with the eternal problem of Good and Evil and all the shades in between. I'm exploring Man's  inhumanity to Man and trying to see all the sides in the story.

I picked up some interesting tidbits  -- some of which are at odds with the accounts I've read other places.  The Confederate higher ups did condemn the massacre but there is no way of knowing how accurate the various reports were -- from either side.

Not unlike today. We are at the mercy of the various media and governmental agencies. Who knows what truth is? 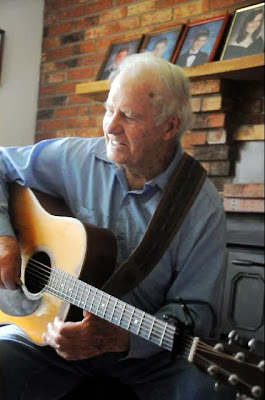 But it was a fascinating visit. Mr. Shelton is a charmer and a talented guitarist. After he'd answered my questions, he played for us. And he had some good stories -- when I told him how my son, whose last name is Skemp, had been the only one in his high school homeroom (the students were assigned alphabetically) not named Shelton, he told us about the door to door salesman.

"Down at Glendora‘s store, there was a salesman came through and he’d been making the rounds on Shelton Laurel. He wanted to know why almost every mail box read Shelton.

‘Well,” one of the fellers loafering around told him, 'after the Civil War most all the men up here was dead and there weren’t but three old men left and all of em Sheltons.  Well, sir, those old men just went from house to house, visiting the widders and the young women whose sweethearts was dead in the war -- and looks like ever one of them women caught.'" 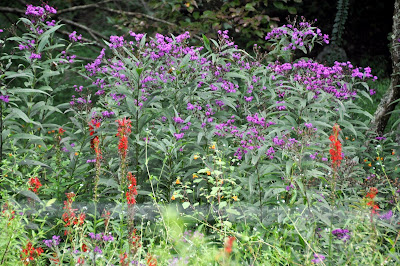 Wonder how much truth is in that last story? LOL!

oh my on that last bit...hearing these stories is good research....it adds an authenticity for sure to our writing....

True Southerners and true storytellers never let the facts get in the way of a good story.

Such a great avenue for you to follow...I had trouble reading the type against the dark background...somehow it's (type) grey today.

I lightened the background some, Barb. Thanks for letting me know.

Interesting. I am fascinated by stories of the Shelton Laurel Massacre. It says so much about the devisiveness in our mountains.

I can't wait to read your new novel! I really enjoy your books:)

Shelton's story probably has quite a bit of truth to it, even if it is spun to get a reaction, LOL!

LOL! I've heard a similar tale about Brasstown. Can't wait for your book!!!

Whether it's true or not, if we tell it long enough it will be! Looking forward to the book. Jim

That's a good story. It must be fun doing the research. I have to be honest and say I wouldn't personally find actually writing a book much fun...but I'll join you in the research - and admire you and other authors for turning out fine books.

We have been going to our local Rice/Revere community center on Friday nights for a good burgerr but mostly to hear the stories. Every time we hear something new that makes us wish we had been here "back in the day." We also have been to a gathering on Rice Cove of the new "back to the earth" sustainable farmers. New stories and memories are in the making.