Back to Shelton Laurel 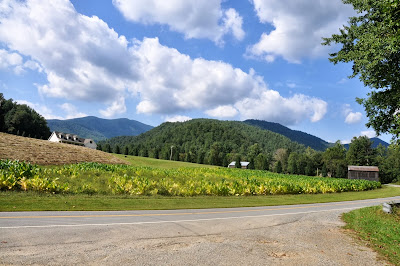 Soon after my last post about visiting Shelton Laurel, a Facebook friend sent me a message asking if I'd like to see the graves where the victims of the massacre are buried.

Of course I would! So yesterday afternoon I met Patricia Shelton Wallin, her father Casey Shelton, and her daughter and daughter's boyfriend  and we went to see the graves. We tried the quick way but the people (not from here or they'd have been more accommodating) who own the property just adjacent to the old burying place wouldn't let us walk the few steps through their property. so we went in the back way, through a friendlier neighbor's property. 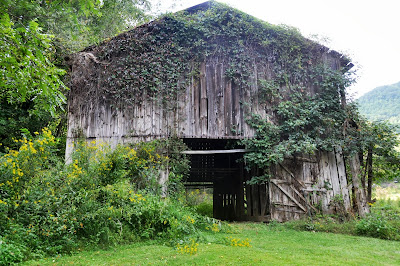 It involved a little hiking through poison ivy/oak and brambles. Mr. Shelton led the way,  beating back the briars and when we came to a steep bank, the boyfriend went ahead of me to give me a hand up. I was so glad for the new knee! There's no way I could have managed this last year. 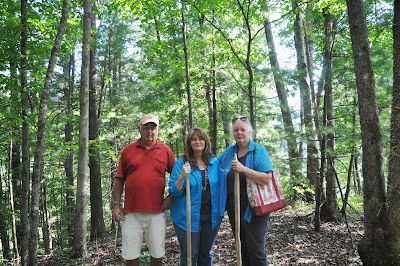 This isn't a maintained cemetery -- just lots of very old graves, some with no more marker than a field stone at head and foot. 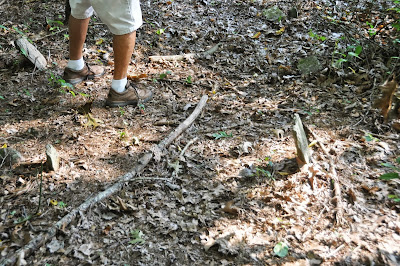 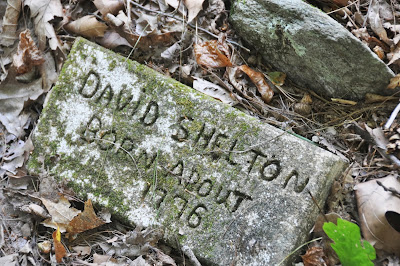 The dates remind me that Shelton Laurel was settled by veterans of the American Revolutionary War, most of whom claimed  land  grants for their service. Roderick, David, and James Shelton were some of the first -- names that reappear among the victims of the massacre. 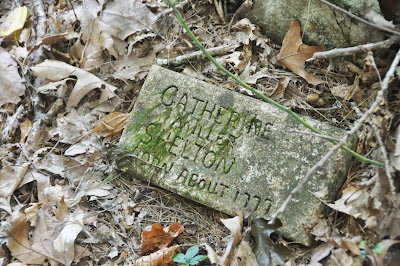 Two more recent markers give the names of  the victims of the massacre . . . 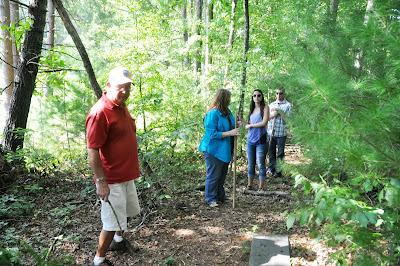 Some accounts say they are all buried here -- others suggest that this may not be so . .. 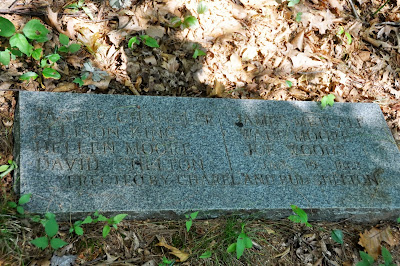 The deeper I go in research, the more inconsistent the stories are. . . 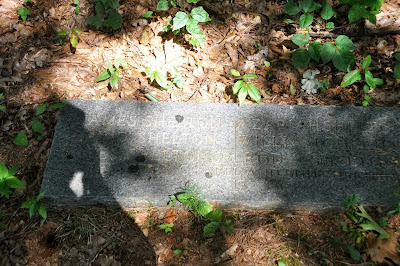 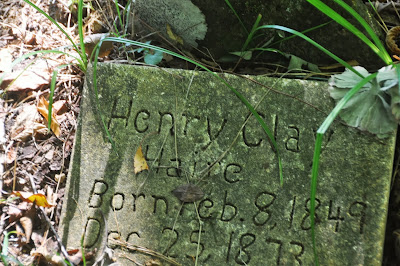 It was a wonderful bit of serendipity that led Patricia to offer to show me the graves . . . 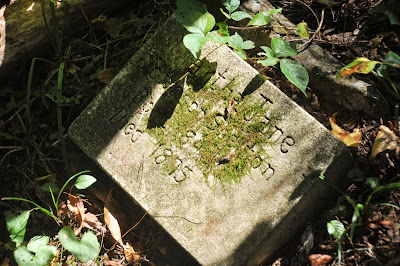 But that wasn't the end of our ramble nor was it the end of serendipity.
I'll tell you in a later post about the poet and White Rock Church. 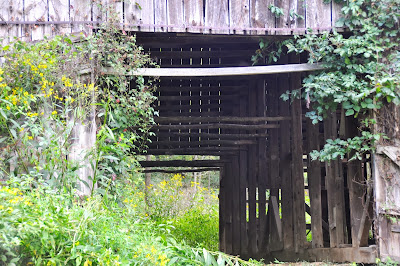 Looks like a bit of a rough walk. Glad you had some help.

The one consistent thing I've noticed in a lot of the things I've tried to find out about my family, is the inconsistency in what is said. Memories always vary, depending on who's doing the remembering.

I didn't know about land grants, Vicki. Did the amount of land depend on length of service, rank, etc?

it is interesting those that do not know the exact date of their birth and those that do...what a treat to get to see that vic

What a wonderful/interesting time you all had. Thanks so much for sharing.

So beautiful a setting to rest in peace for those pioneers who were so courageous in the spirit of their beliefs.

Those people were definitely "not from here!" Glad you got to see the graves. I find all of this fascinating and can't wait for more.

I agree, I love this stuff and can't wait for more!

Could be the refusers just like their privacy and are afraid hordes of people will come to see the graves. Some people get a bit obsessive.....

Wish I could have gone with you. That cemetery needs to be on the National Register. Maybe your novel will awaken interest in the Shelton Laurel Massacre like Sharyn McCrumb's did interest in Frankie & Charlie Silver. Are those tobacco sticks you're using for walking sticks? Jim

Yep, Jim. We borrowed tobacco sticks from that barn (and returned them when we left.)

So interesting... and intriguing too.

Your research is leading you down such an interesting path...thanks for sharing these parts of your journey.

Thank you so much for sharing your information and photos with us. It helps so much to hear your descriptions to understand the background of this story. I looked for Shelton Laurel on the map and couldn't find it. Could you tell me a nearby town or highway? My husband's great grandmother was a Shelton from this family, and we would like to visit the area sometime. Donna Miller

Hi, Donna -- From Marshall, NC, follow 25/70 toward Hot Springs. Do NOT turn left toward Hot Springs but keep going straight till you come to the turn off to Greeneville, TN to the left. Here youturn right on (I think) 212 and that takes you into Shelton Laurel.