A Lettter from Johnson's Island 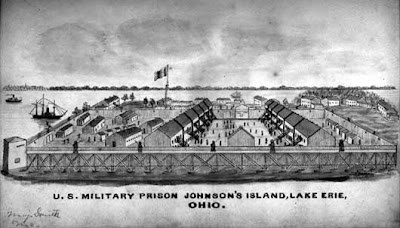 This is the first of Virgil’s letters. To learn more about Johnson’s Island, go HERE,  the site from which these pictures came.
Johnson’s Island, Ohio, January 1st – 1864
Pauline: My Dear Cousin:
I received a letter from you sometime since and answered the same immediately, simultaneously with one from Mr. Carpenter, both of which I answered subsequently I received an answer from Mr. C informing me that you had not received my answer. I hope you will not censure me for the failure for clearly it was no fault of mine. Truly I was very ____ that such a thing should happen, being highly interested in the correspondence that was about to spring up between us, as I had congratulated myself upon the pleasure derived (desired?), or about to be derived (desired?), from your kind and highly interesting letters, imagine my mortification on the reception of the information that you had not received my answer and too, just at the time when I was looking your answer to the correspondence I was so much interested in.

I wrote you the information that James Gash was dead. He was moved to the hospital shortly after his illness made its appearance. He only survived a short time, notwithstanding the utmost and kindest (?) attentions of his friends- we done all we could to save him, but the destroying epidemic was more powerful than all our ______ as the skill of our hospital Physicians. I do not think he was in his right mind at the time of his death as he spoke of his wife and children being present, remarked that his oldest daughter had grown considerably since he had seen her last. We buried him the best we were able to do- his grave is marked, and if you ever hap this way, you may see his resting place in the Rebel grave yards on the North East end of Johnson’s Island. Thomas Gash left here on the same day that James died- we have not heard from him for some time, and we fear that he is also dead, as he was in very bad health when he left here; while we learn that a great many of our friends have died at Mt. Lookout.

I have not been enjoying good health for some time. I have cronic sore throat, which is very painful at times, and owing to the cold and damp ____ of the weather I am worse more than usual – Though I feel very thankful that I am living. Christmas has come and gone, and instead of it being a day of pleasure and enjoyment as usual, I think it was one of the most disagreeable days I ever spent. It was not only very cold and disagreeable in that respect, but it was a day on which I use to spend in luxurious (?) living and mirthful amusement, but how unlike that was spent the present Christmas. A prisoner of war, half frozen to death, subsisting on the very substantial but plain diet of beef and bread as a principle diet.

Others of my fellow prisoners, however, were more fortunate and had a tolerable pleasant Christmas, making merry over boxes of nicknacks  and whisky sent them by their friends, not being fortunate enough to have a friend to supply me with nice things to eat, and having no desire to drink, I sat back and enjoyed myself as best I could, thinking of pleasures long past, and feasting upon the hope that better days would come, when, like Robin Roughhead, “I shall be as rich as any in the land.”

We have a variety of characters on Johnson’s Island, a collection of people of all professions, and, I might say, from all parts of the world, of all collors (sic) and nations. The busy brane (sic) can find space and material sufficient to afford ample employment in the study of human nature, if nothing else. Imagine twenty five hundred or three thousand men, of all characters, thrown together without employment and without the restraint of social society, and you have a comparative menagerie, upon which the philosopher’s mind can find pleasure in contemplating. Barnum’s museum will afford no comparison to Johnson’s Island. That you may have a better comprehension of what I have been trying (to) write you, I will give you an example. 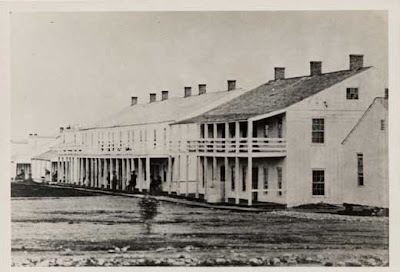 The house in which we stay is about one hundred feet long, two stories high. One room below which is used as a sleeping and dining room also. In this room on Christmas eve, commencing at the upper end was music and dancing, lower down was a faro bank in full blast, while in the same vicinity not less than half dozen smaller card games in progress, still lower down and in less than twenty five feet of the card table, so close together that the observer could only distinguish one observer from the other save by the way the faces were turned, was the people of God, singing and praying, returning thanks to God, in the same room and but a short step away, was eating and drinking. Such, dear Cousin, are the people with whom I stay. I wish I  could write more but I am limited – write me soon and often—you have the material and leisure to write me once a week. Respects to all, especially to your mother and noble husband.
Yours truly,
Virgil S. Lusk

(added to previous letter)
January 3rd
I receive a letter from Mrs. Lusk (?). All well –it is very cold here-I understand the thermometer is 20 below zero—nothing like this in the South. I think I’ll freeze to death in spite of all my efforts to the contrary. Virgil 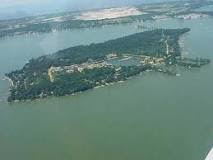 Reading these is like a personal glimpse into the past.

I was riveted, Vicki. In my head I could hear Virgil's voice, and develop my own image of the man.

smiles...letters are so cool...i dont know that we ever really think about someone else reading them so they often wre our more intimate thoughts or at least what is on our hearts so there is always a bit of reverence for me when reading them...very cool

I can just see you weaving Virgil's life into your story, using his very words at times.

Absolutely fascinating! What a wonder to see inside the mind of a Civil War soldier. Thank you so much for sharing this experience with us.