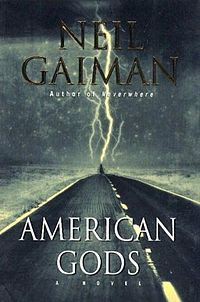 What joy! A great long book by Neil Gaiman which I hadn't previously read! Though it was published over ten years ago, somehow I missed it but now... well, it's held me in thrall for the past few days.  I fell asleep reading it Thursday night and after a little refreshing nap, woke up and finished it in the wee hours.

I adored this epic fantasy. The premise is that all the gods that were ever brought to America by their worshippers -- Odin, Ganesh, Anansi, Baron Sameda, Kali, Brigid, Eostre, to name only a few-- are still around, hanging on as long as someone, somewhere, believes in them.

But the old gods are being challenged by new ones -- gods with names like Media and Technology . . . And a storm is coming; an epic battle for existence is in the offing.

The protagonist is a man called Shadow, an ex-con hired by the mysterious Mr. Wednesday to... 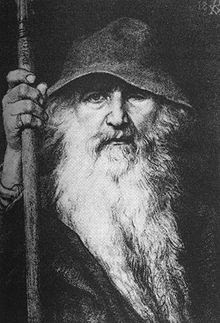 ...but there's no way I can do justice to this magificent wild ride of a novel. I will mention that it won a Hugo and a Nebula -- among other top SciFi/Fantasy awards -- and that it's being made into an HBO series, due out next year.

I've read and reread Gaiman's Neverwhere and Anansi Boys -- what a treat to have another of Gaiman's fantasys to fall into!. 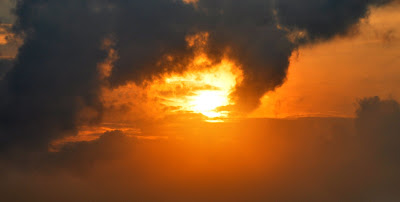 There's actually a book by an author you like, that you haven't read? That's surprising, woman.

Mmm.. that sounds like a great read. I love the granola recipe too. Been doing a bit of catching up on your posts Vicki. Thank you.

By the way , your books are doing the rounds at our bookclub and being enjoyed very much. We are hoping you will visit NZ one day, and meet your Kiwi fans!

I haven't read anything by Neil Gaiman, but I get the distinct feeling that he'll be added to my impossible list, now.

ha very cool...i love gaiman....have you read any of his poetry and short story...he has two books out of them...very good....

Sounds intriguing- one more added to my book list!

Me too...loved this book, had trouble living my life while reading it, cause I can't pot very well with book in hand, but I tried!

Brian -- I haven't but will take a look.

Barbara -- I know the feeling -- reading while cooking is my mode.

I just finished reading it too! (Special price on Kindle) I never fell asleep reading it because I had to stop and not read it at night because it was too exciting. It was indeed a wild ride and at times I felt like I wanted the roller coaster to stop but there was another curve and twist ahead. I especially like the extra when Shadow and Jesus met. Too bad it couldn't be worked into the book. I felt at times as if I had taken a mind-altering drug. I'll definitely read it again, more slowly and in depth.

Yes, indeed, NCMtnwoman -- all that extra stuff was a terrific bonus. I'd love to see a whole book of Shadow and Jesus traveling together through the USA and hear Jesus's comments on how his message is used and skewed by his followers.

Yes, indeed, NCMtnwoman -- all that extra stuff was a terrific bonus. I'd love to see a whole book of Shadow and Jesus traveling together through the USA and hear Jesus's comments on how his message is used and skewed by his followers.

Never heard of him; you make my metaphorical mouth water . . .

Hi Vicki. I wonder if you have watched the commencement address Gaiman gave this may. If you google Gaiman commencement, you are in for a treat! Katy