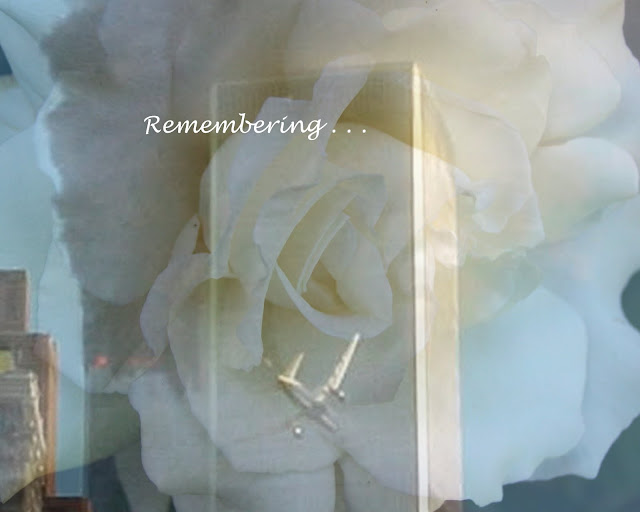 I'll never forget the faces of my colleagues, as the gravity of the news began to unfold. One of the darkest days in world history.

nice layered pic....yep....talked with my students a bit about it yesterday....they would have been 6 and while they remember, not as much as i---i was in the air that day...nope, wont forget.

I was on vacation, traveling across the Upper Peninsula of Michigan. An impossibly blue sky against the backdrop of Lake Superior, and a quick stop by a tiny visitor's center somewhere along the shore at around 9:30 am or so. A couple of visitors were talking quietly with the clerk and I caught bits and pieces...a plane hit the World Trade Center? I edged closer, but couldn't hear much more. Strange, I thought, trying to imagine how a small private plane could accidentally fly into such a large building. Maybe the pilot had a heart attack. I picked up a few of the more interesting brochures out of the rack, made a quick stop by the restrooms, and then headed back out into the cool, clear September morning, completely unaware that the world had just changed.


What a perfect little vignette of memory, Brenda. I almost titled this The Day the World Changed...

911, the Kennedy assassination, the murder of Martin Luther King, and if you're old enough, Pearl Harbor; events burned into everyone's memories.

It's very hard to forget. Still such a chilling memory. Your photo collage is beautiful, Vicki.

yes I will
remember