Not from Around here, Are You? 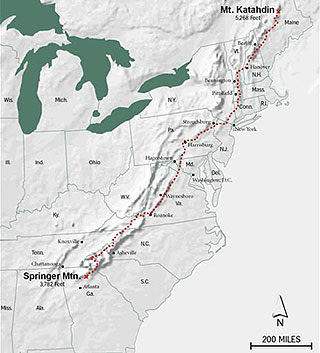 How do you pronounce it -- App-a-LAY-shun? Or App-a-LATCH-chun? It probably depends on where you're from. And since the Appalachian Mountains stretch from Georgia all the way to Maine, there's plenty of room for disagreement. 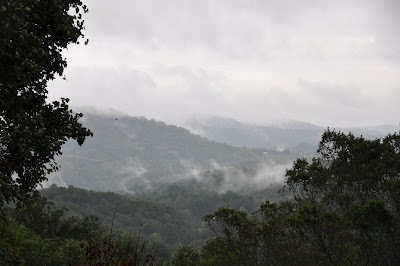 In Appalachia: A History, John Alexander Williams says this about the term Appalachia:
"As if the varying boundaries weren't enough, there is no fundamental agreement even about how to pronounce the word "Appalachia." Residents of southern and central Appalachia pronounce the term with a short -a- in the stressed third syllable; further north, the same -a- is given a long pronunciation, as in "Appal-achia."
"Most of the experts and bureaucrats who came from Washington and elsewhere to fix the region's problems beginning in the 1960s adopted the northern pronunciation, while resident experts favor the southern-- which led to a situation, according to one commentator, wherein 'people who said AppaLAYchia were perceived as outsiders who didn't know what they were talking about but were more than willing to tell people from the mountains what to do and how they should do it.'
"Finally, while a majority of both long and short -a- users crunch the third syllable as though it were spelled Appal-atch-yuh, in New England-- where the term "Appalachian" first came into widespread use by nongeologists thanks to the Appalachian Mountain Club and the development of the Appalachian Trail-- a variant pronunciation uses "sh" rather than "ch," as in Appal-ay-shuh." 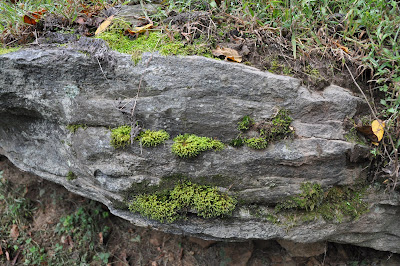 In my county, a lot of folks pronounce the name of a nearby community Lee-cester. Across the county line, the folks who live there call it Lester. Both of them spell it Leicester.
Is the Greek gyro a yee-roe or a jie-roe? Is the space between your eyebrows and hairline your fore-head or your far-ed? You say to –may- to; I say to- mah- to . . .
Hit don’t matter, as my neighbor said about the spelling of her name, but the way you pronounce a word can tell others something about where you’re coming from. . . 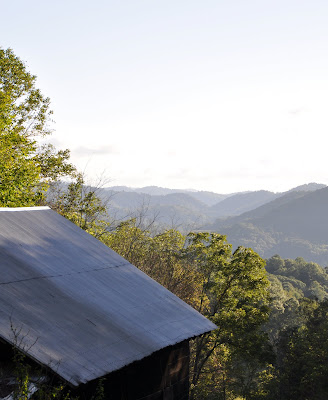 Very interesting post, Vicki. I find the whole business of language, and how it can vary within a given geographical location, fascinating.

The variance within my home county of Hampshire is evident enough but, in Cornwall it was almost tribal when we moved there in 1981. Today is a different tale. Many young native Cornish have deliberately lost the tongues of their ancestors, in favour of what is perceived to be 'hip'. So, it's good to hear old friends of ours still describing anything that's good as being 'some 'andsome'.

App-a-lay-chun is my phonic now but when I first started going there I did call it app-a-lay-sha. My friends corrected me out of that fast! :)

i think how you say it is usually a pretty good give away of where you are from. of course T and I each say it differently

It reminds me of an incident we had when we moved to New Orleans and the word "pecan". I was corrected when I said PE-Can. I was told that is what little boys do and the word is pronounced "pa-con".

Good post Vicki. I am from New Jersey and when I moved out west people said I talked funny but I said I didn't TAWK funny it was them. I drank CAWFEE and loved DAWGS. In Jersey itself there were 3 different sounds. South Jersey was distinct with sounding like Pennsylvanians, North Jersey sounded exactly like New YAWKERS and Central Jersey was pronounced their R's with emphasis. To this day I can pick out an accent from Jersey / NY / PA in a heartbeat and have about a 99% accuracy rate. But who said any of them are right? Lol.

I used to write a blog...and I caught a lot of flak over how I spelled ya'll...one Deep South lady insisted...and I mean insisted that it was y'all...I mean what difference did it make...I'm from Western Ky now living in Ohio...nearly 50 years old and I'll spell it how I want to! tee-hee!

Daughter and I have debated on how to say Appalachian recently so I'm going to post this post on FB for her to see! ;-D

Oh...and I wanted to let you know that I'm picking up 3 of your books today at the library. Can't wait to read them!

oooh you hit a chord.

When we first moved here and started working at Appalachian State University, I used the appaLAYchun pronunciation. Didn't take long for some of the locals to correct me and tell me if I was going to live here, I needed to learn how to say it. it's now appaLATCHen.

Fascinating post. I say Appal-ay-shuh. I feel a song coming on...

The way people pronounce words is fascinating to me. What really amuses me (and I do it myself) is when I am having a conversation with someone, and they pronounce a word a certain way, then I'll say the same word further in the conversation, pronouncing it differently. We are each firm in our belief we are correct! ;-) The town I work in is Lebanon (usually sorta slurred into Lebnan), but most 'outsiders' call it Leb-A-Non like the country. So it's pretty much a dead giveaway that you 'ain't from around here' when you say it like that.
Tammy

The dead giveaway for "outsiders" here is how they pronounce the name of the nearby town of Cashiers.

And after the SC guv's fiasco, no one even says Appalachian Trail. They just say they went hiking.

I had to chuckle at this post. I truly had no idea that there were variations of how to pronounce Appalachia, but I'm not surprized.

Two similarities come to mind. Some say MissourEE and others say MissourAH. Our own family name is pronounced differently, depending on what county you are from. I say Haslag - as it is spelled. Osage countians say HOslOg, even though there are no O's in the name. And they even have the nerve to correct me when I tell them my name! Now that just isn't right lol.

You always have such interesting posts.

Great post Vicki! Just last night-me and Chatter were talking about accents-and how amazing they are. We were watching one of our favorite shows-House Hunters. The lady showing the houses was from the Czech Repbulic-but she was speaking English. Chatter wanted to know why she sounded so funny-and I was trying to explain to her how even if we learn another language-part of our 'original' accent shows through in our speech.

I say App-a-lat-chen and I also say Lee-cester : ) And I am guilty of saying I know someone isn't from here-by the way they say Appalachia.

I love this topic. We've actually lived on this farm "continuously" since we moved here in 1975. At that time, we were irrevocably grouped with the NFAH's (not from around here). I was told that regardless of how long I stayed I would always be regarded as an "outsider." It's turned out not to be completely true. We're still in that premodial soup stage in the naturalization process, but folks generally now consider us as "belonging," anyway. I always tell people I'm not a "native" but I got here as quick as I could.

Interesting topic. Being a native Texas who, for the most part, has lost his Texan accent due to living overseas and in NY for nearly 40 years, I'm considered a "yankee" by my southern family and thought of as "southern" by folks here in the northeast.

But one word I seem to notice EVERYONE pronouncing the same, (and it drives me crazy!) is "preshateit".

Did I say ONE word?? Why yes I did. Three words have become one: I appreciate it. Preshateit.

As a Northerner living in the South, the first question out of people's mouth when I meet them is, Where are ya from?" They think I have an accent -- I always respond with a smile, "no I don't -- you do.-- barbara

Hope you enjoy the books, Tammy!

Yep, Kaye, as I understand it, App State uses the ATCH pronunciation. So you were probably smart to go with the local pronunciation.

Willow in Illinois is on the LAY side of the divide -- I suspect the father north one goes -- or the farther away from the mountains themselves, the more that's the standard. I know that in Florida I heard both -- but Florida is a real mish-mash of accents.

Fairlight Tammy -- I do that same thing! Kind of quickly so it doesn't sound like I'm correcting them but also to establish that I have a different way of pronouncing the word. Place names are SO difficult -- like Vi- eena, Georgia. And the place names in England can really drive a body crazy.

Is it Cashers, NCmountainwoman? Or Casheers? I've heard both. And you cracked me up with the SC gov reference!

Louise -- more tricky place names! Sometimes I think they do it on purpose.

Deanna -- absolutely! No one can tell a person how to pronounce his/her own name! Around here the name CALDWELL is pronounced cald-well by one branch of the family and co-ell by another.

Tipper -- I say Lee-cester for that community because that's the way I first heard it. Your daddy's from Madison, right?

I've used that line myself, Elora!

Rick, yep, that's pretty wide spread. But I prefer it to donmenchunit.

Thanks for this Vicki : the background information will add even more to the interest with which I read your posts.

Good idea to hang around and listen for a while before one opens one's mouth in a new place, I guess.

An interesting post about pronunciation Vicki. It does not matter how I pronounce Appalachia, people know I am not from the north or the south but an …alien!

Alien always seems to me a harsh way of describing friends from elsewhere... makes me think of little green men from Mars. I'm sure you're not green, Vagabonde.