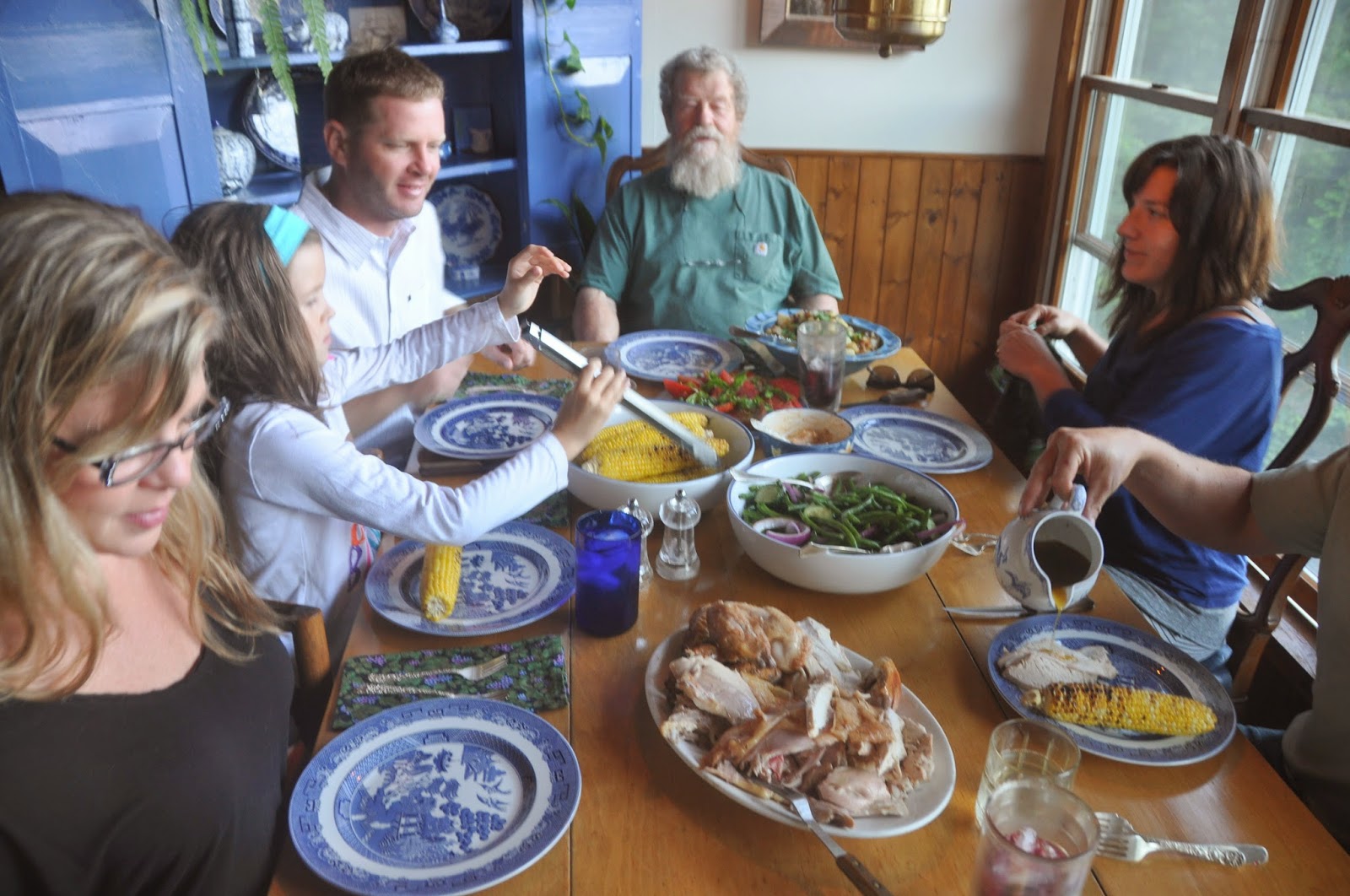 Our nephew John decided that it was time to introduce his daughter Lily to the delights of the farm. His sister Genie decided to come too. So they drove up from Tampa on Thursday and it's been a delight to watch John and Genie, who visited regularly when they were young uns, help Lily make memories of her own. 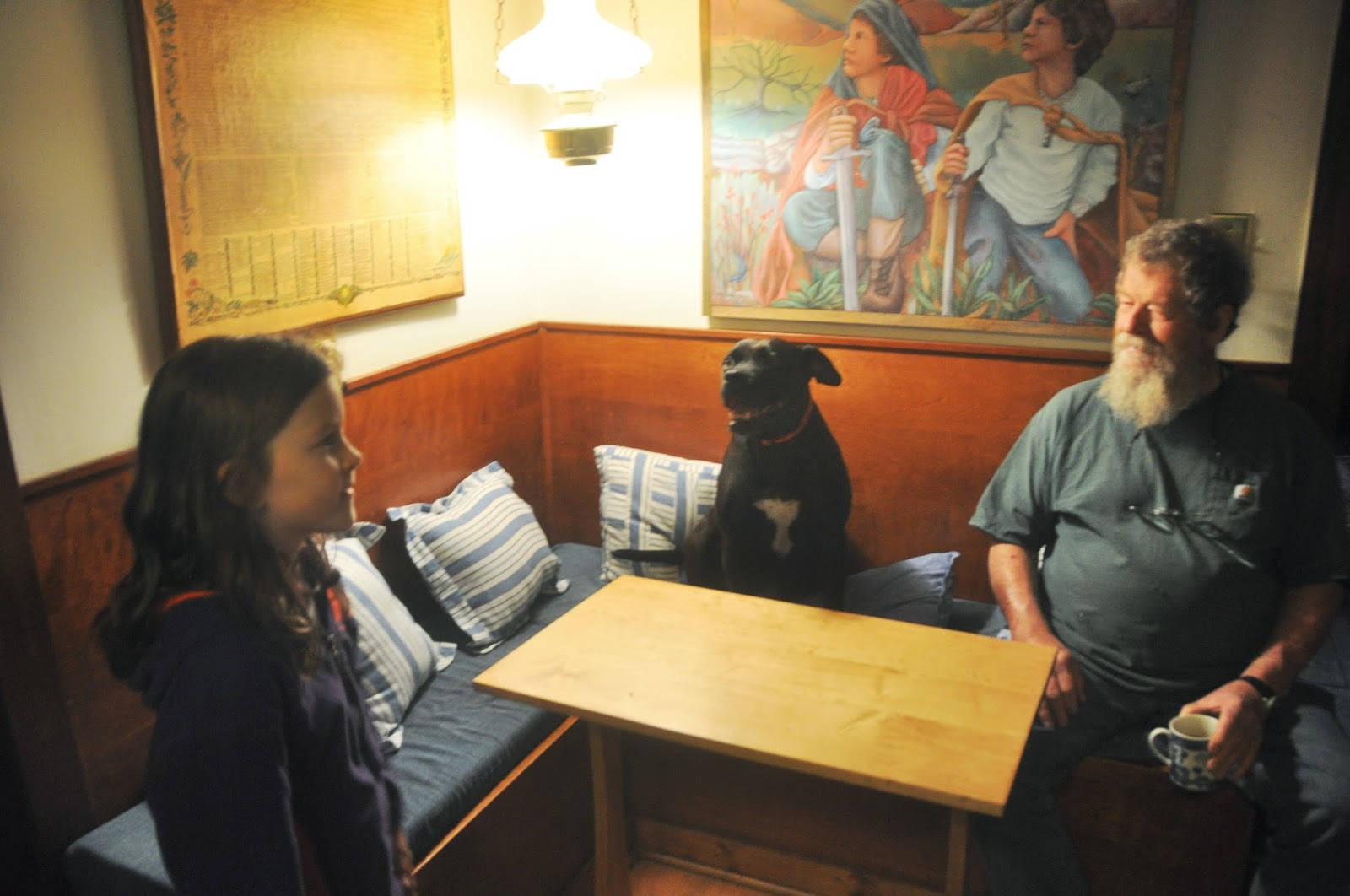 Lily has helped milk the cow, feed the chickens, and dig potatoes. She's climbed to the top of the mountain and picked blackberries. And she's gotten a lot of dog love along the way. 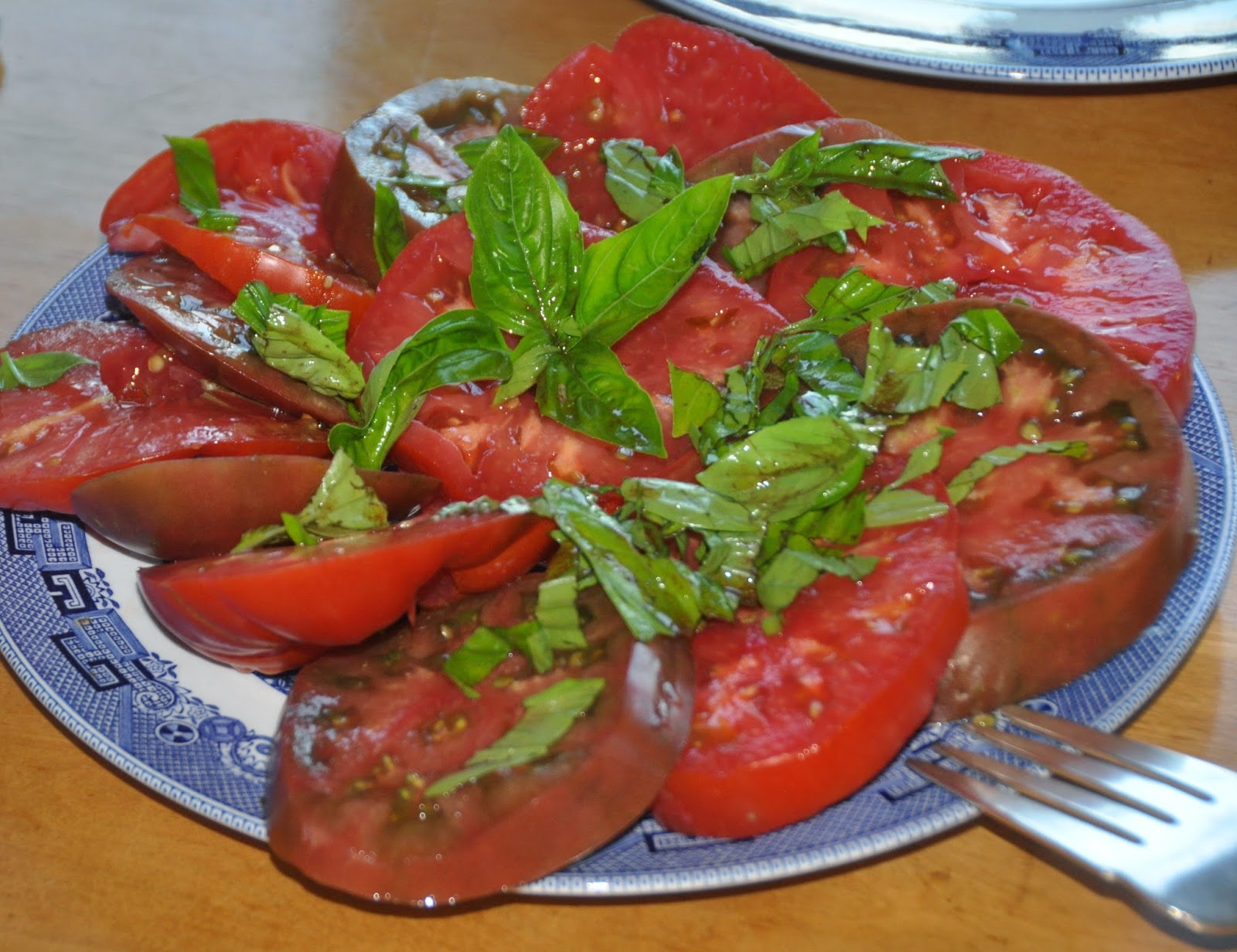 It's a great time to have company with all the fresh produce around --  between our garden and Justin and Claui's garden, with a little help from the grocery store, we put together a country feast. . . 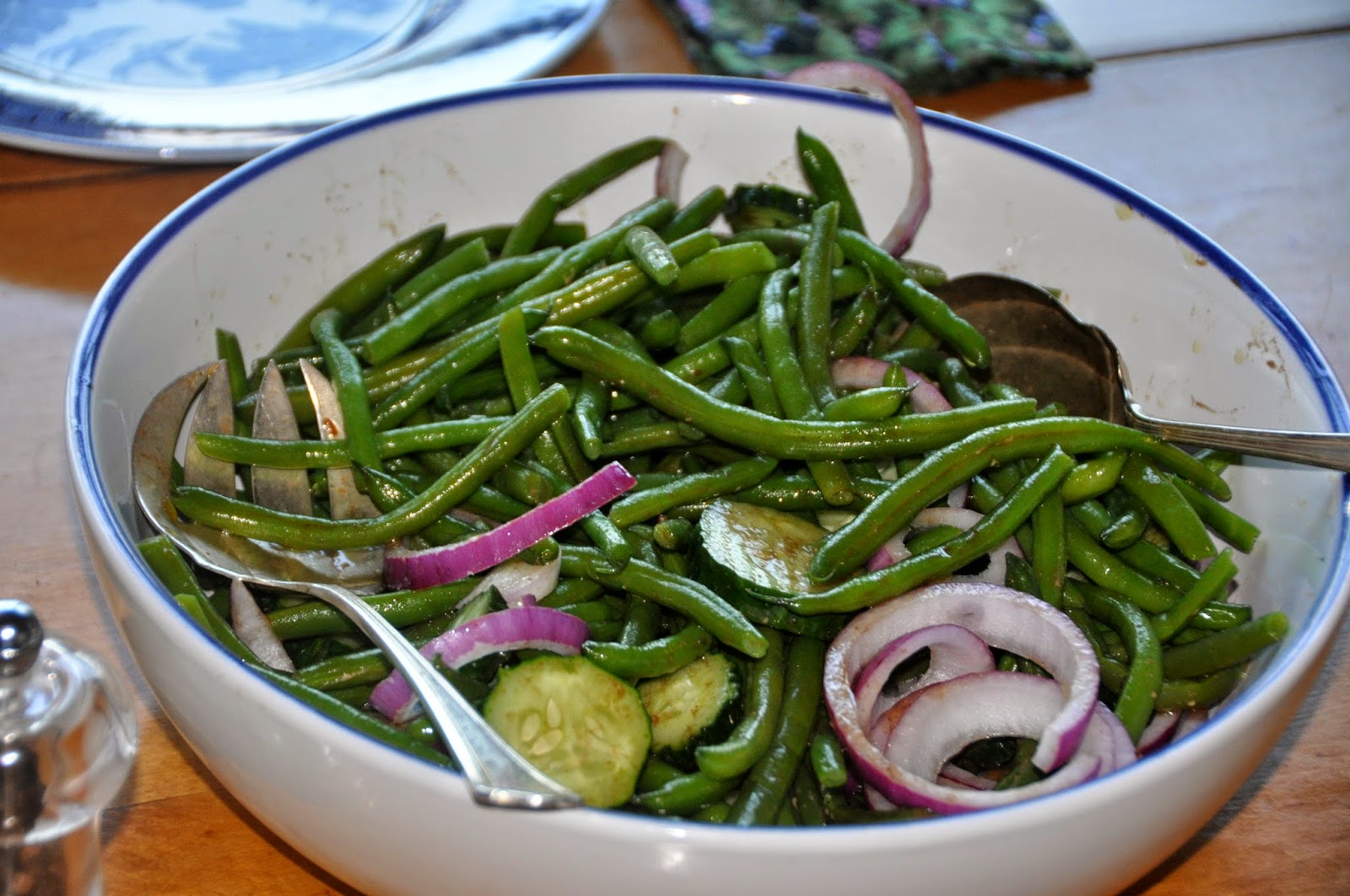 And there were Lily's fresh-dug potatoes, hash browned in bacon drippings, and corn on the cob (from the store, as mine isn't ready,) and home grown chicken, roasted with garlic, rosemary, and lemon juice . . . 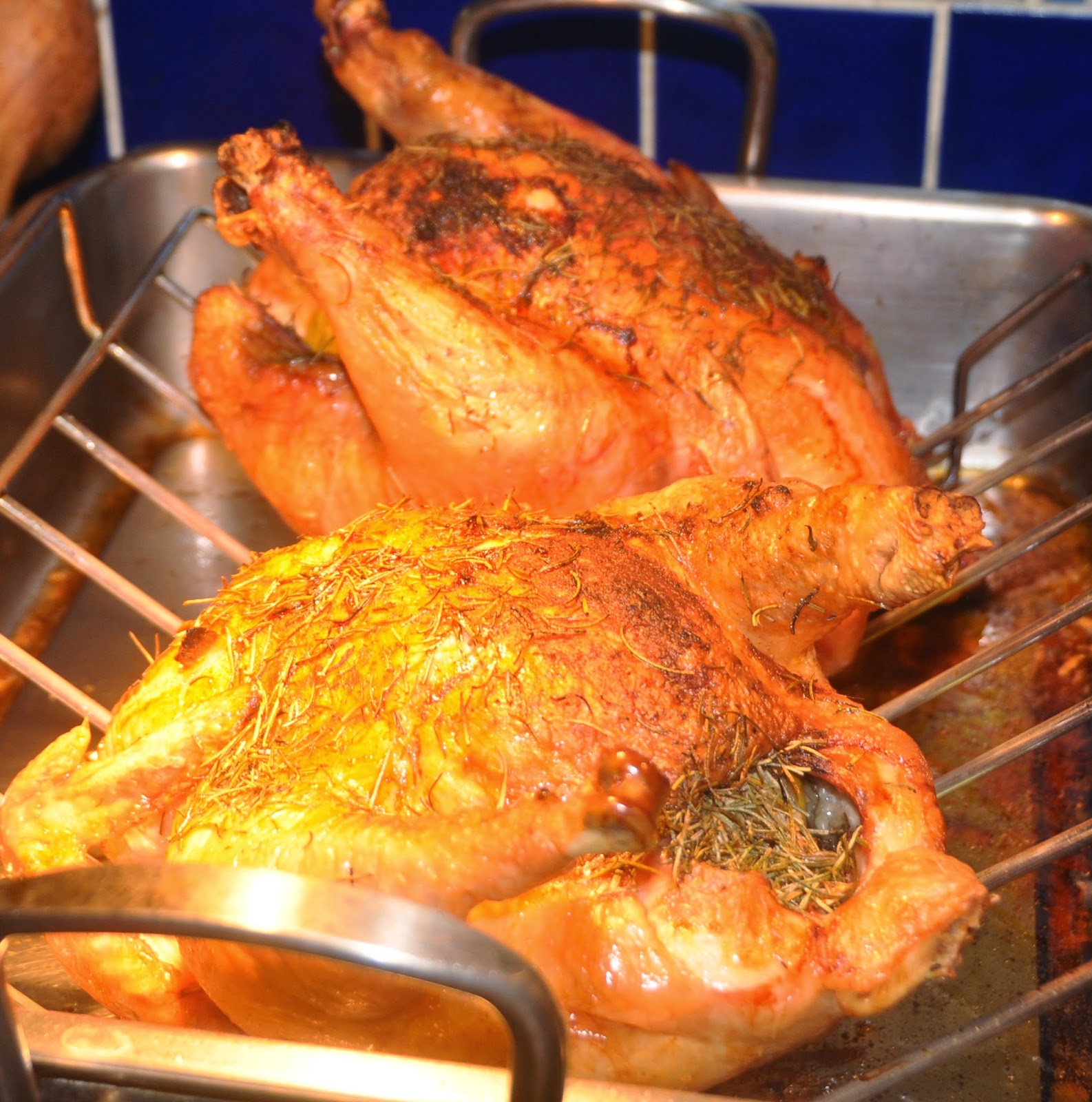 Later today, Cousin Drew will come out with his son Jack, and Lily will have someone nearer her own age to play with. . . and make more memories . . . 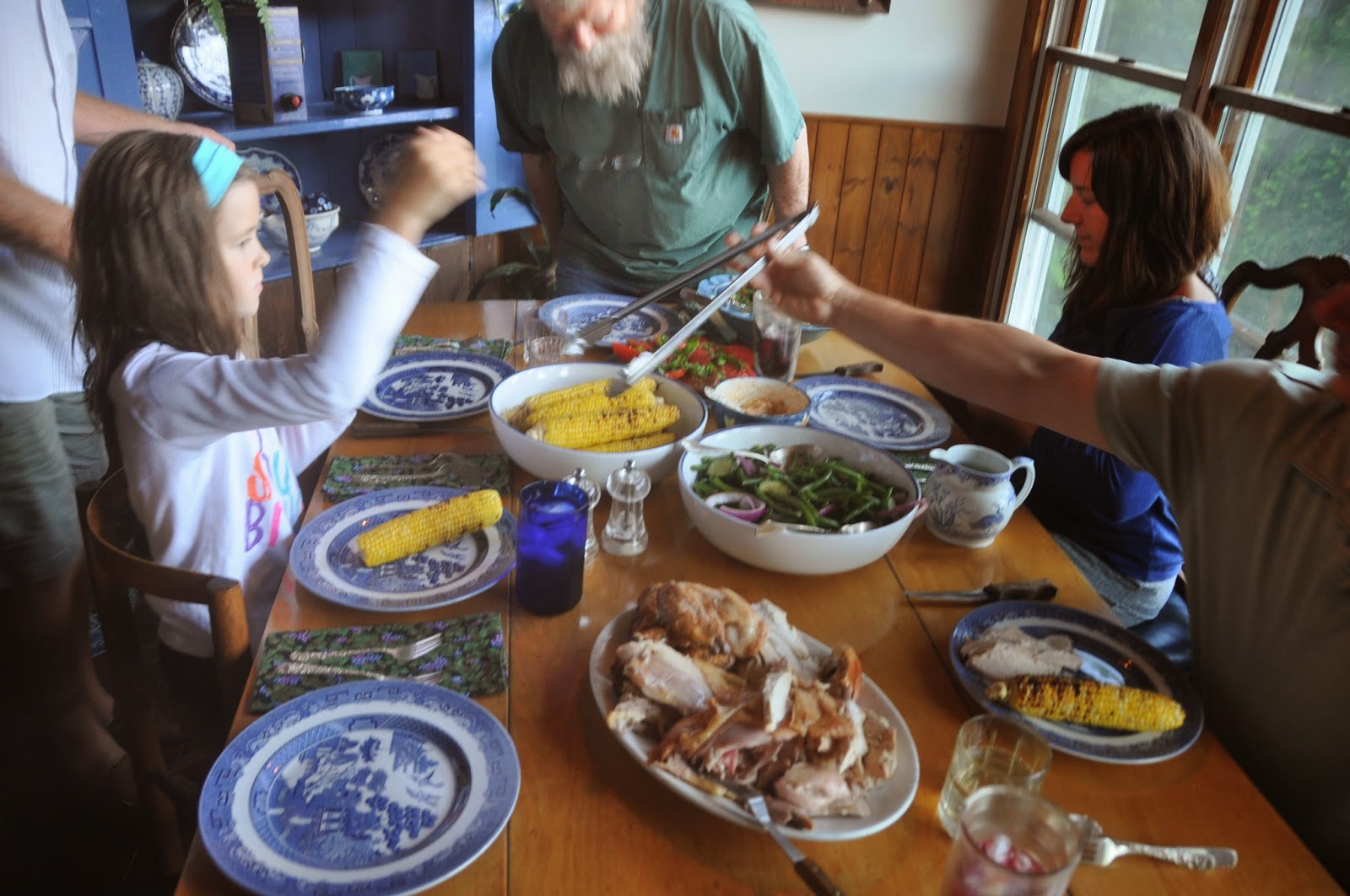 Such a pleasure to see some of our Tampa kin and get to know this great-niece . . .

She fits right in -- she's a dog lover like the rest of us. Last night, after asking if he could spend the night,  she lured Ali upstairs with a cracker. A little later, they were both fast asleep with Ali on the bed with her. 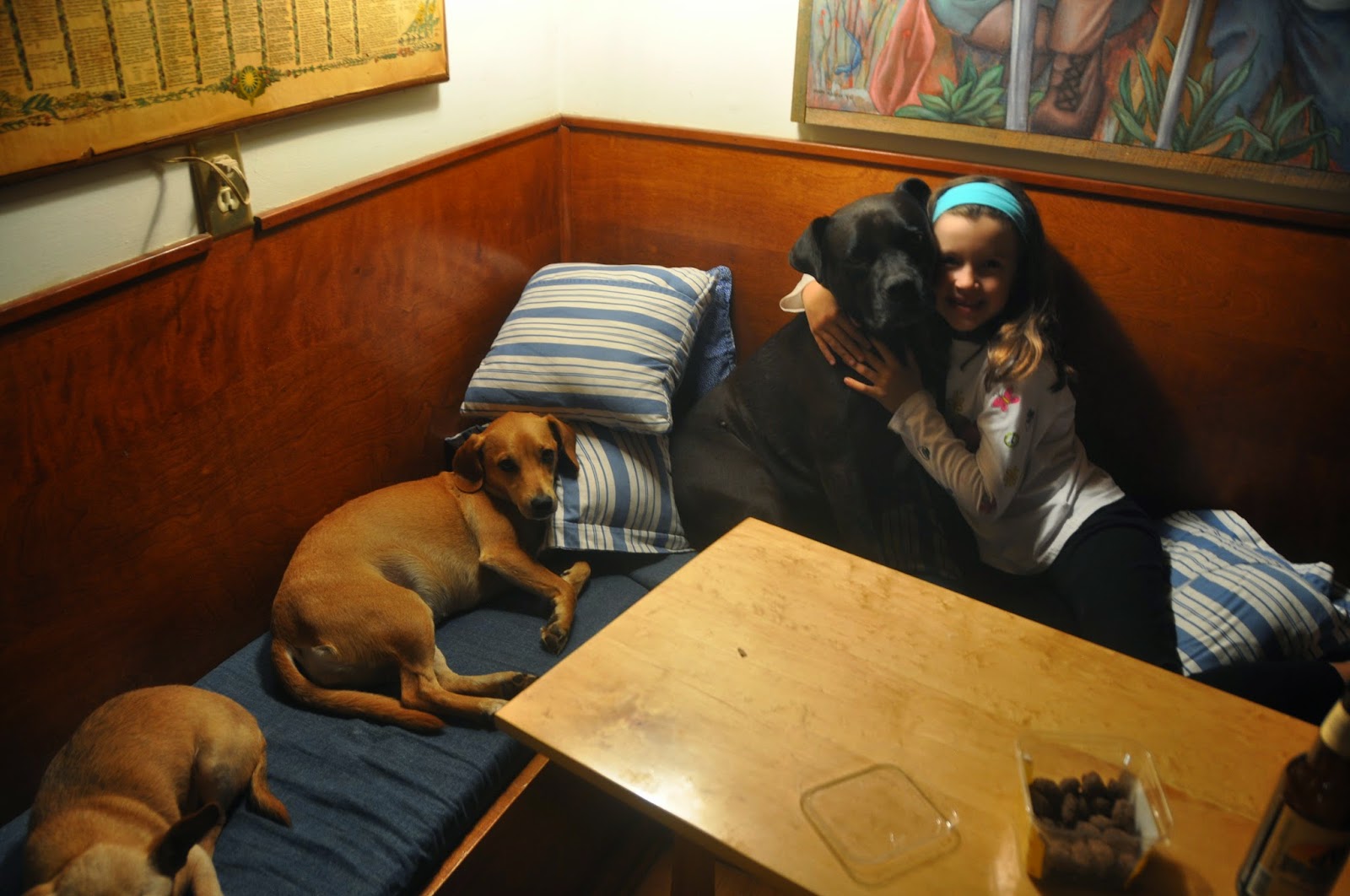 How special for the younger generation to have a taste of farm life. The food looks so fresh and delicious too. Family time is so precious, isn't it?

With hindsight, making memories is one of the most important parts of our life - and it seems we remember outside memories better than inside ones. What a fund Lily will grow up with. Fresh air, good food, loving family and dogs - what more could a girl want?

How fun for them, making memories with your farm and animal friends. They will remember this trip forever. Who wouldn't be happy with the feast you prepared!
Sam

i bet she is having a blast....getting to do all the things she has never done...and obviously eating very well...ha...cool

Little kids, gardens (and other Nature), and dogs. What a combination, huh?

So wonderful to have the family around the table and in the garden. The meal looks terrific. Glad the weather was good for climbing mountains and berry picking.

Thanks for sharing your sharing with your relatives. A book of memories just got done. Wonderful

This is one of those "awe" episodes, which hopefully all will remember with fondness.

Your post yesterday on the garden, and then today's photos of your bounty on the plates just made my mouth water. Such beautiful memories you're making for those young people.

Just about to eat our family dinner, English style! I so enjoyed sharing yours today Vicki. So did Larry like to see a North Carolina feast again! he must get homesick sometimes, I think.