The River Rock Baptists vs. the Field Stone Baptists? 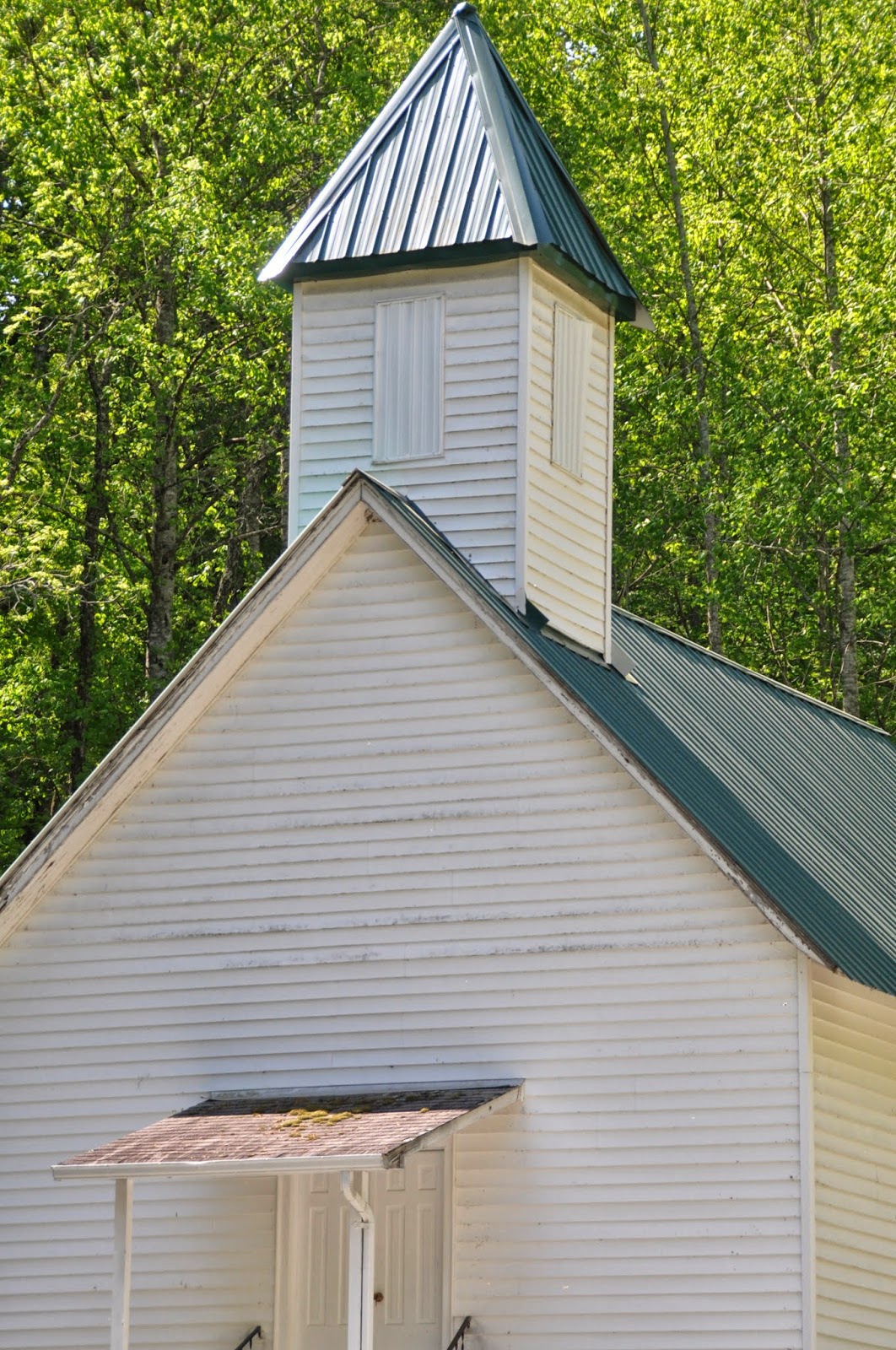 There are a number of different types of Baptist churches -- often a new church came into being over a disagreement on some point of doctrine. Now and then you'll see two Baptist churches side by side and one will be the New and/or Reformed Something or Other Baptist Church while the other is the Old/True/Original Something or Other Baptist Church. 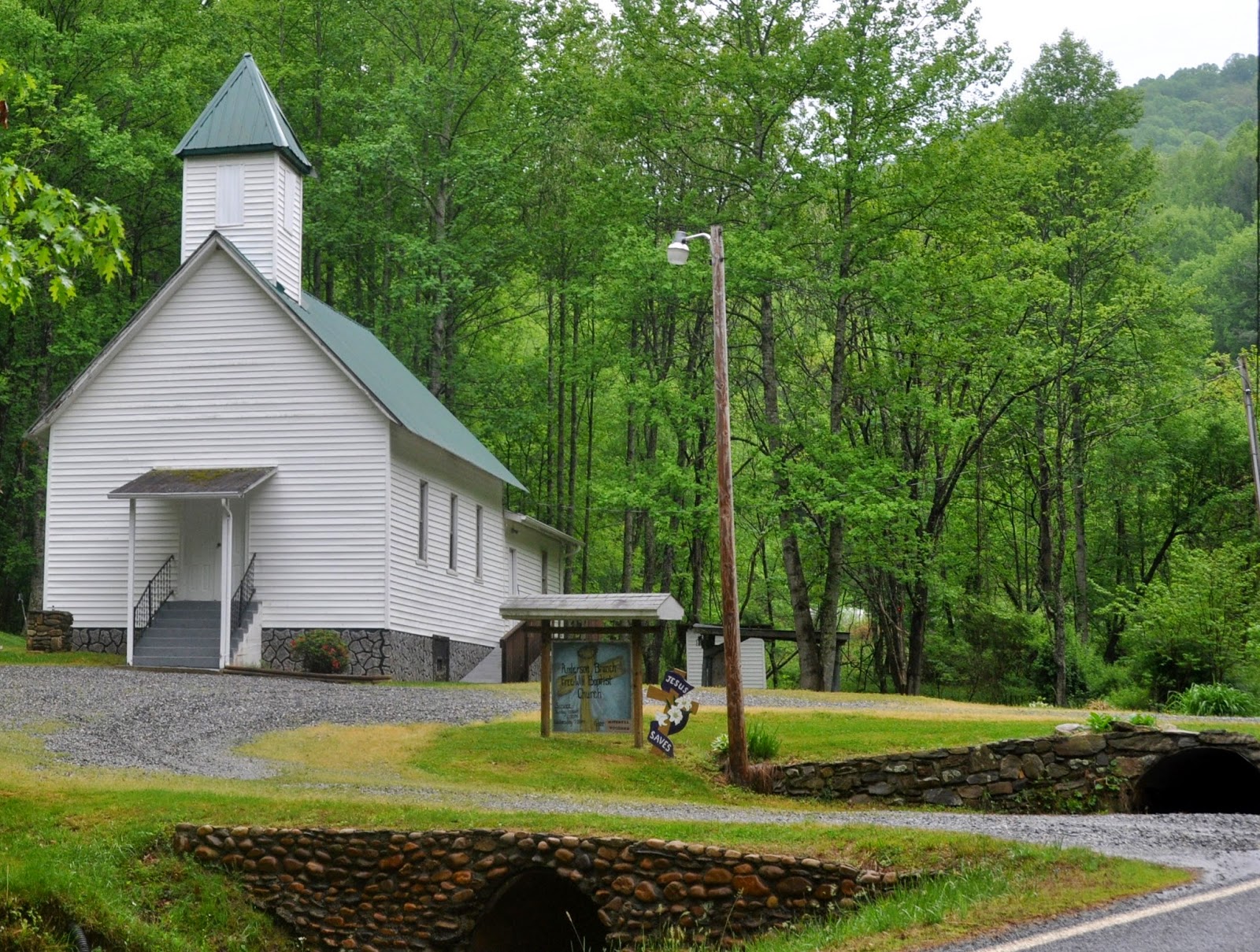 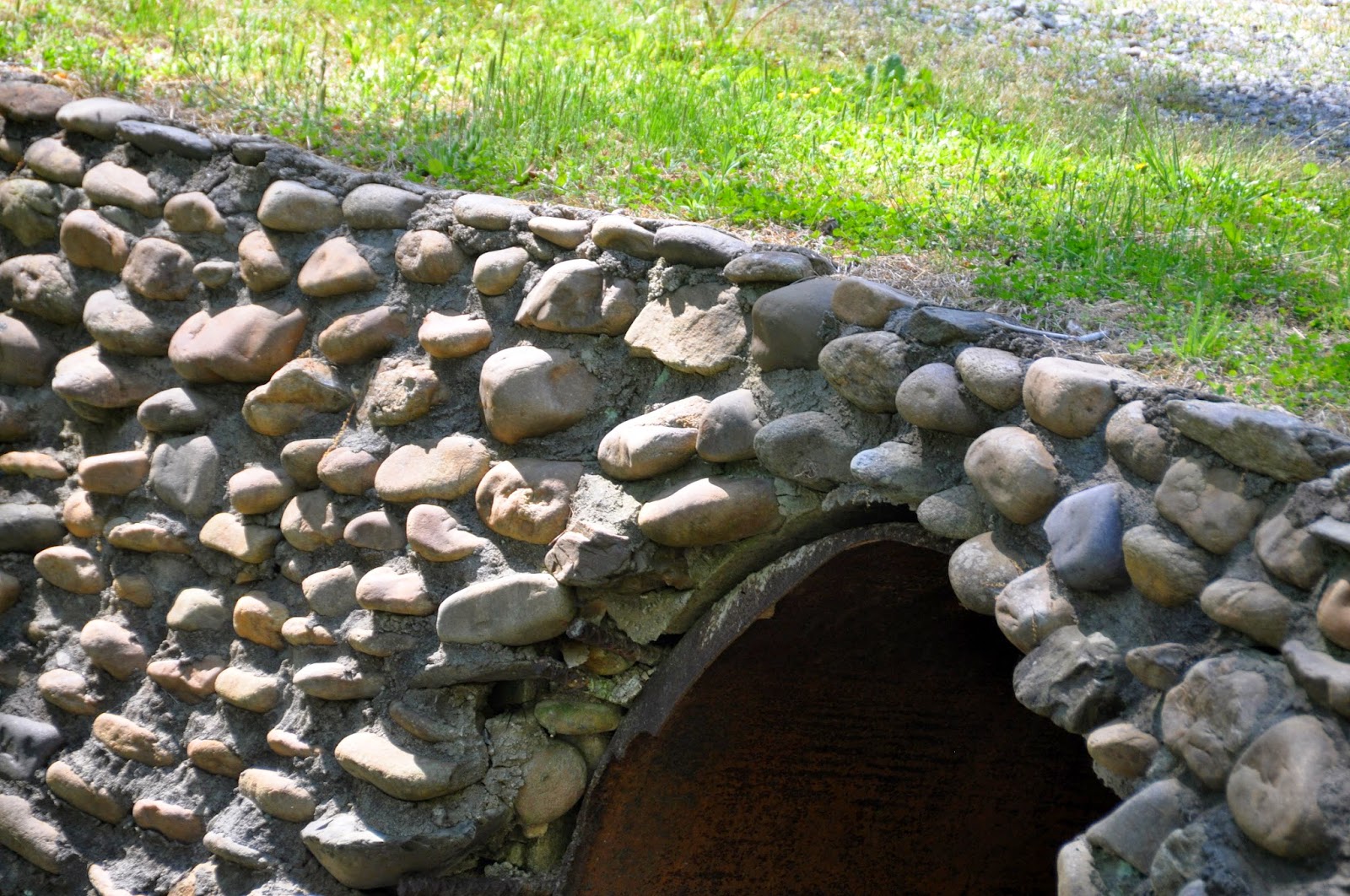 This pretty little church down the branch from us is a Free Will Baptist church. But when, some years ago, they put in culverts so that the congregation didn't have to park on the road, I found myself wondering if I was witnessing yet another schism  -- River Rock Baptists versus Field Stone Baptists?

Or was it just two different approaches to the job at hand?

Both seem to be holding up just fine. 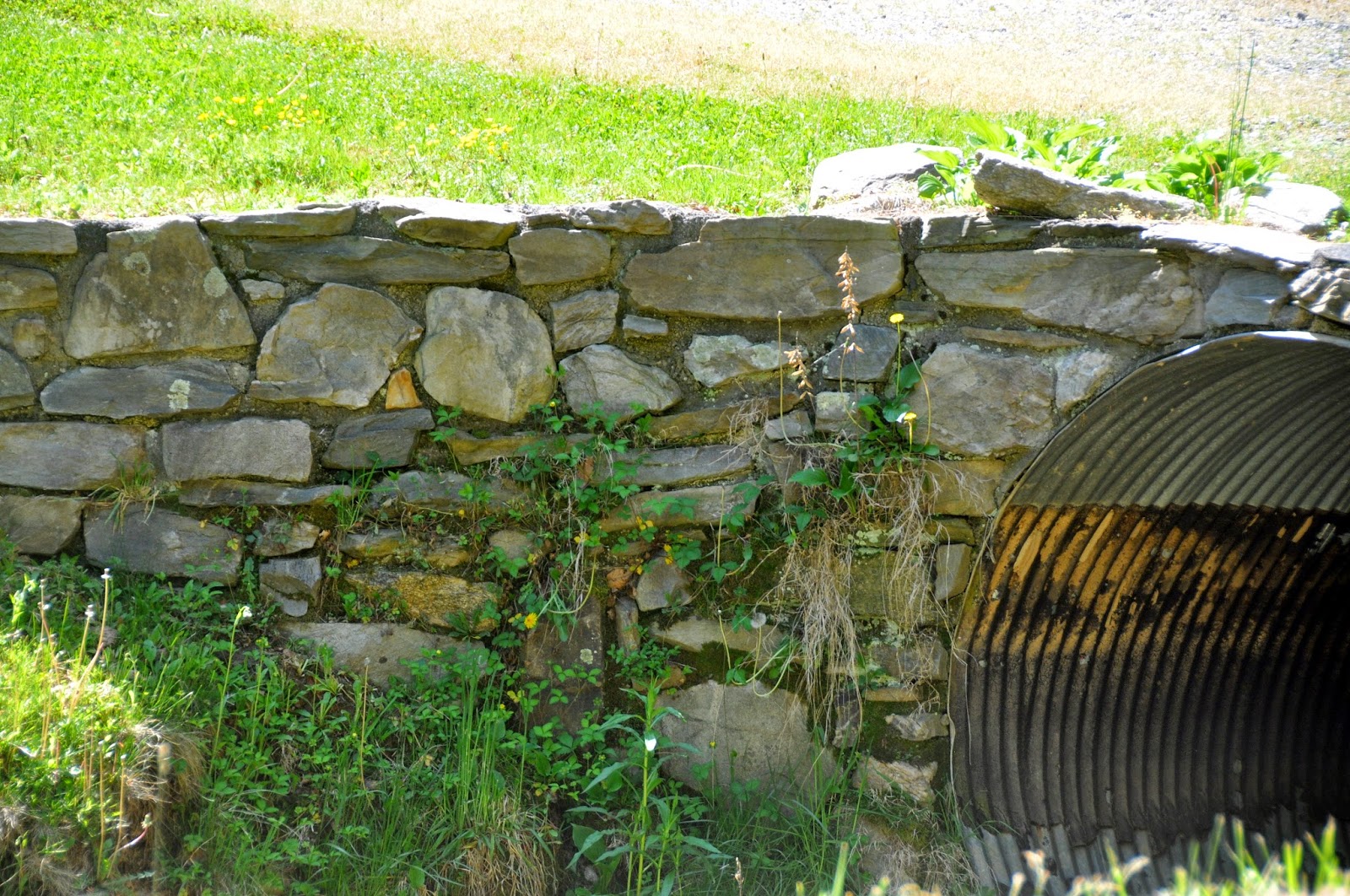 ha. i have seen churches split over less...than where the stone came from...i grew up in a baptist church....escaped when i was 16....smiles....

Are they all basically Christians? Sometimes I wonder . . . . .

There’s nowt so queer as folk.

I am really quite glad that I am out of that particular loop.

In researching ancestors, I found the religious claims of one group upon their forefathers (and mothers) continue, when reading about Rev. Elijah Rogers of Sevier County, TN...and then his son who moved to Texas and was a founding member of yet another Baptist congregation.

Oh Vicki, You bring back some memories. Just north of Hendersonville on the Mills River road is a little Baptist church I went to when I was just 6 years old. My father sang in the choir. My favorite was him singing the bass in the song "Little Church in the Wildwood"

We had an interesting minister. He was from New York and use to box. His sermons were stirring.

I have always had a suspicion about "this is the way walk ye in it" Or another way of putting it: "my religion is better than your religion and if you don't believe me you are going to hell"

Funny, I see hell all around me and it's mostly man made.

Sorry to rant and rave.

Great shots of churches and culverts. I like the stone one best.

Jim, my grandfather loved that song and I often find myself humming it as a drive by this little church.

I was raised Southern Baptist and have heard of churches being "split off" over where the organ should be. And bringing in a new preacher could really tear a congregation apart. Half the church wanted "hell-fire and damnation" preaching while the other half wanted "gentle Jesus meek and mild."

Like my mama used to say, "The cows all take a different path to get back to the barn...but each path leads to the same barn."