In the Goldfish Pool 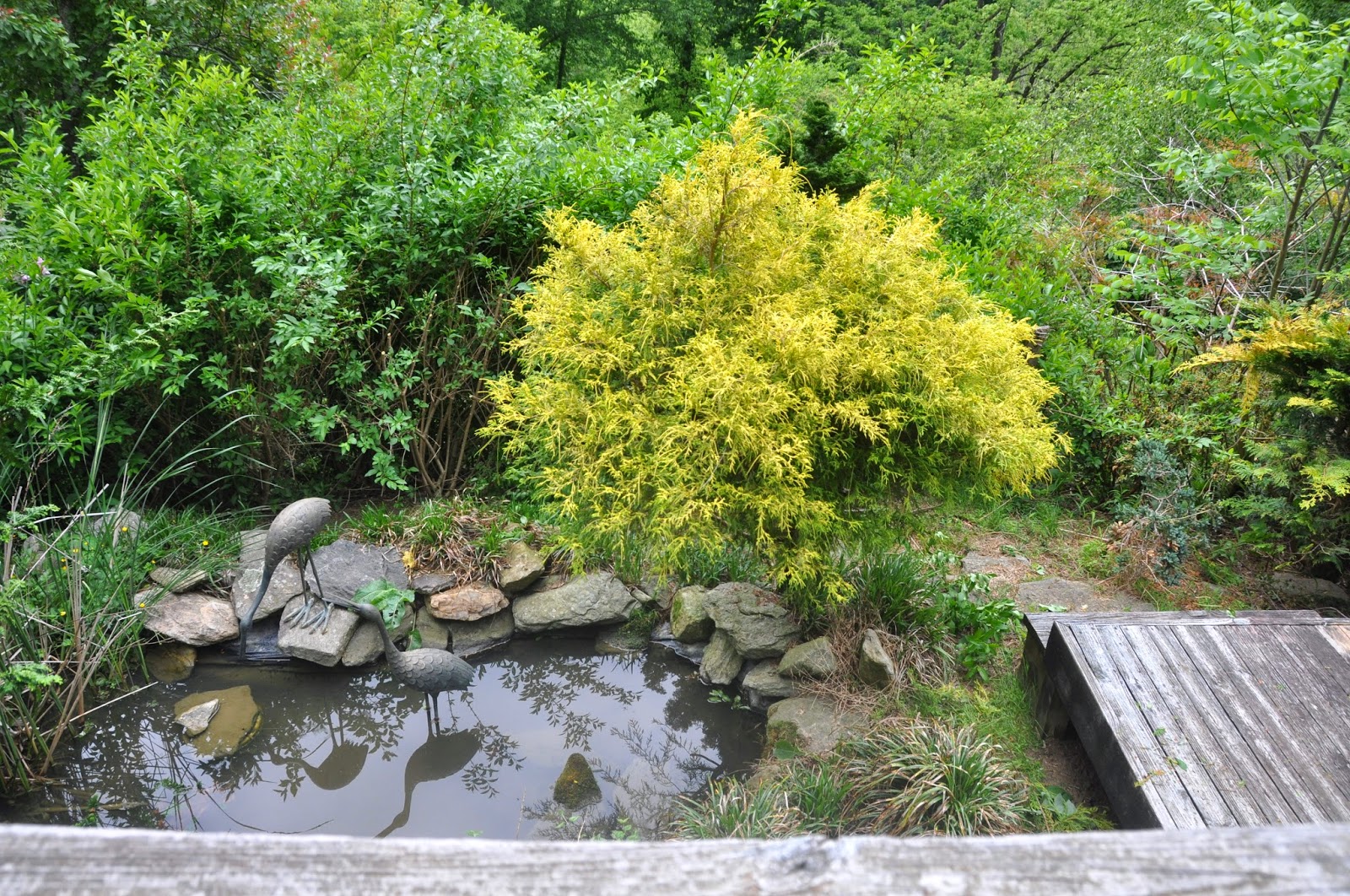 I made a start yesterday on hacking back the shrubbery that has hidden the goldfish pool from view -- rampant mock orange and forsythia, as well as what were supposed to be dwarf evergreens. It's slow going but so satisfying. . . 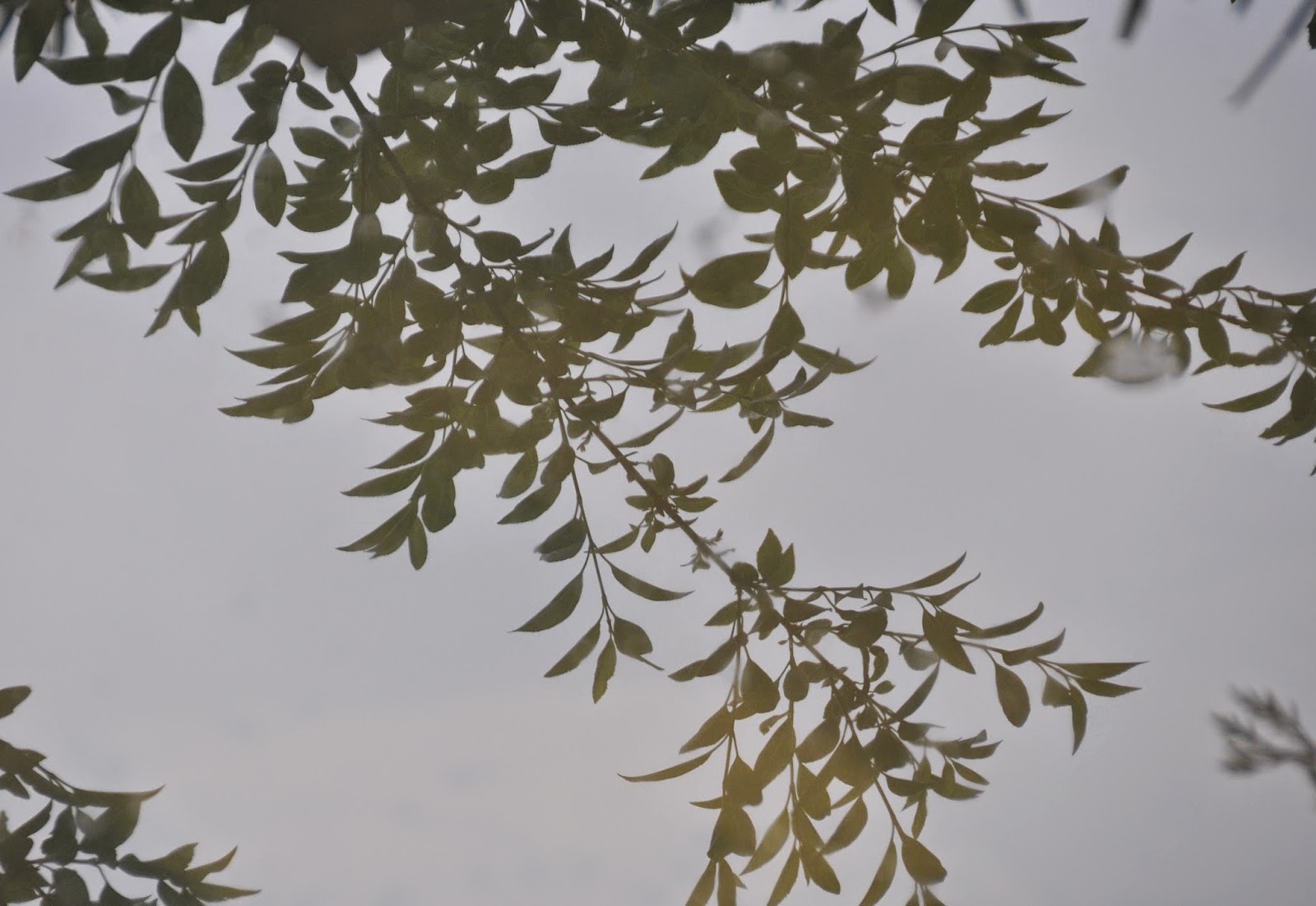 And so peaceful to sit, when  it's time to stop, and enjoy the reflections and to watch a tiny water bug skittering over the still surface . . . 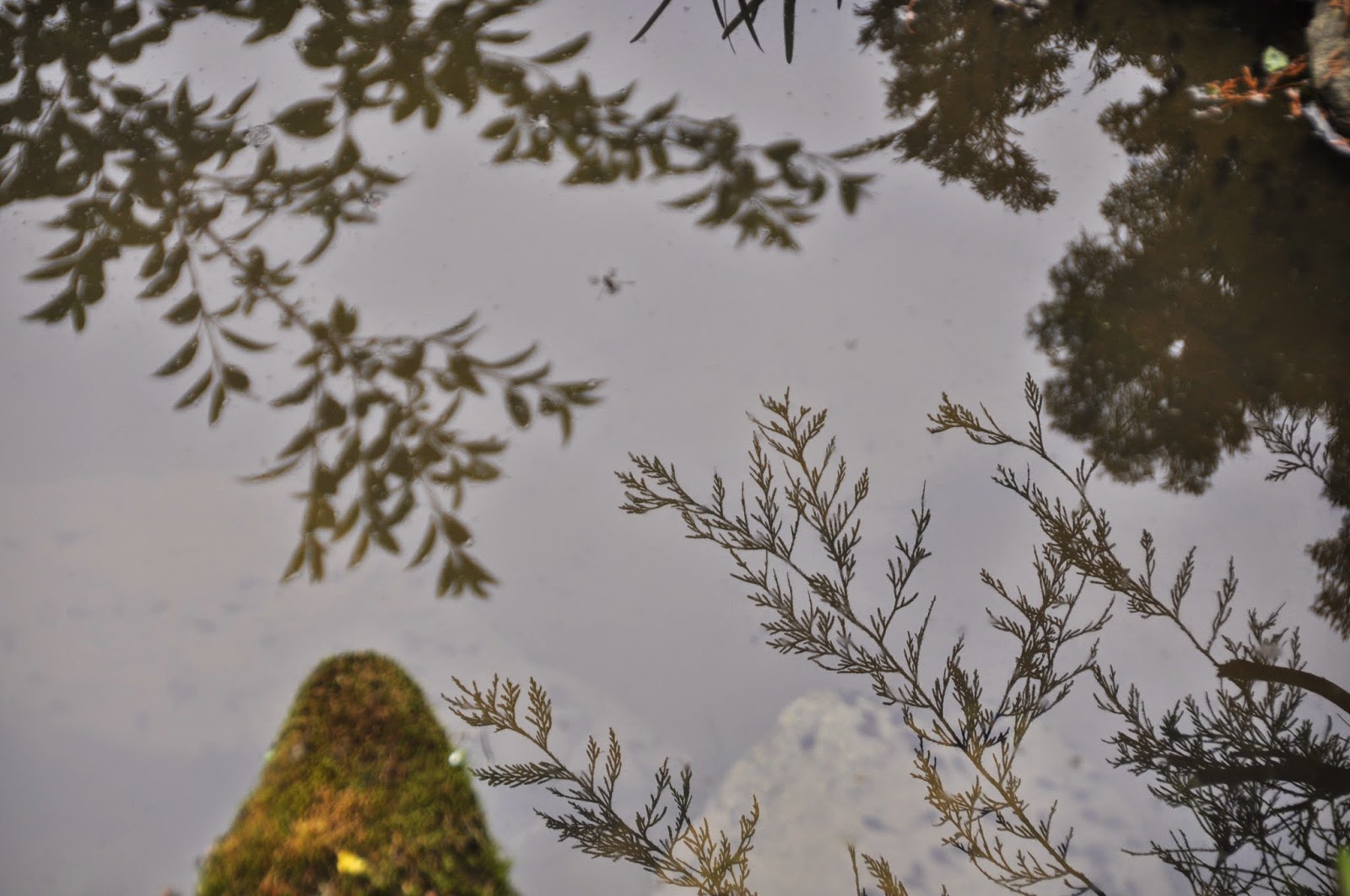 And all the tadpoles, hard at the immense task of becoming frogs . . . 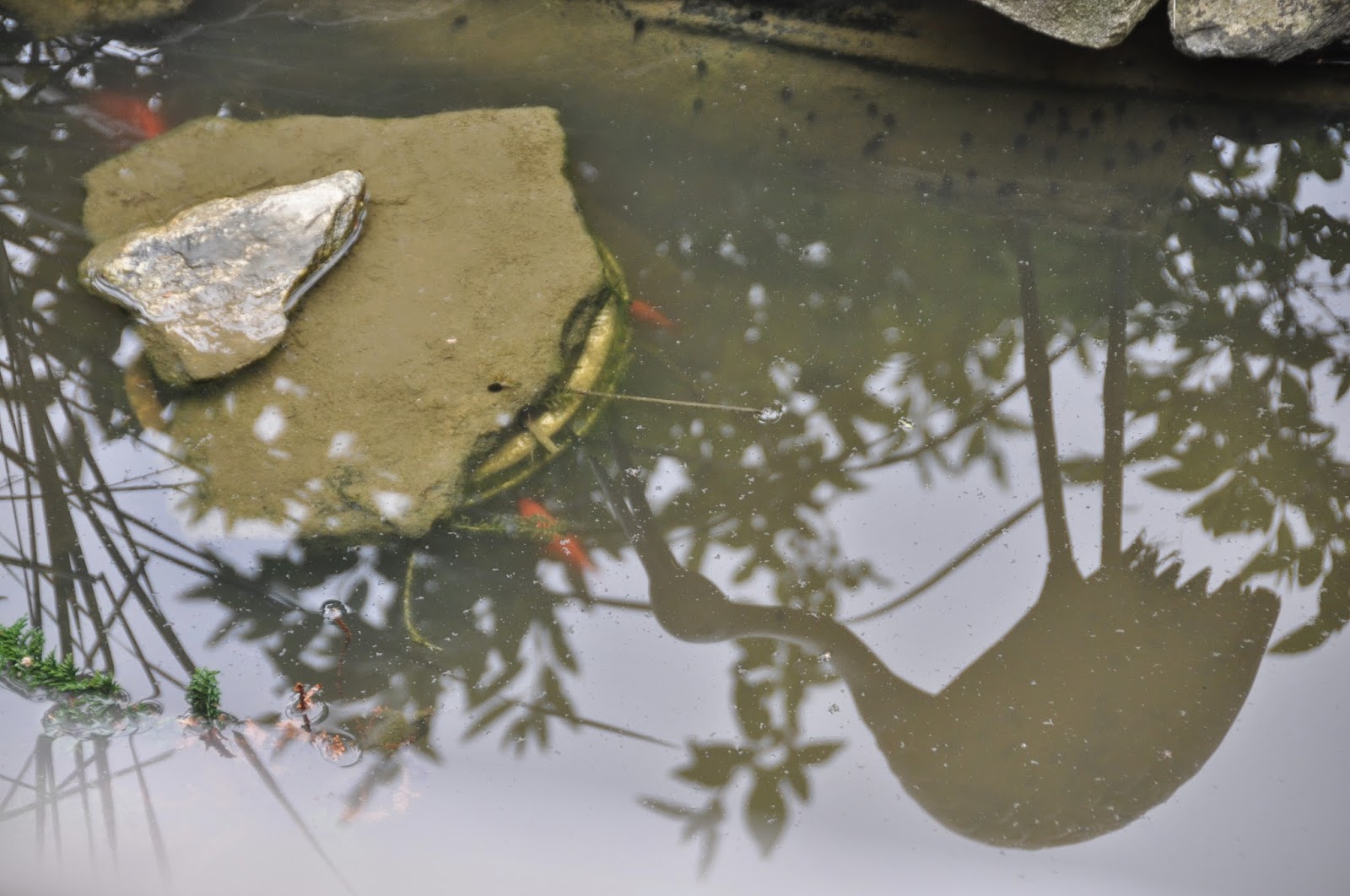 And the goldfish, seemingly as indestructible (and imperturbable) as the bronze cranes.

Sitting there, pleasantly tired, just watching the stillness and breathing . . . I think it could be a cure for something. . . 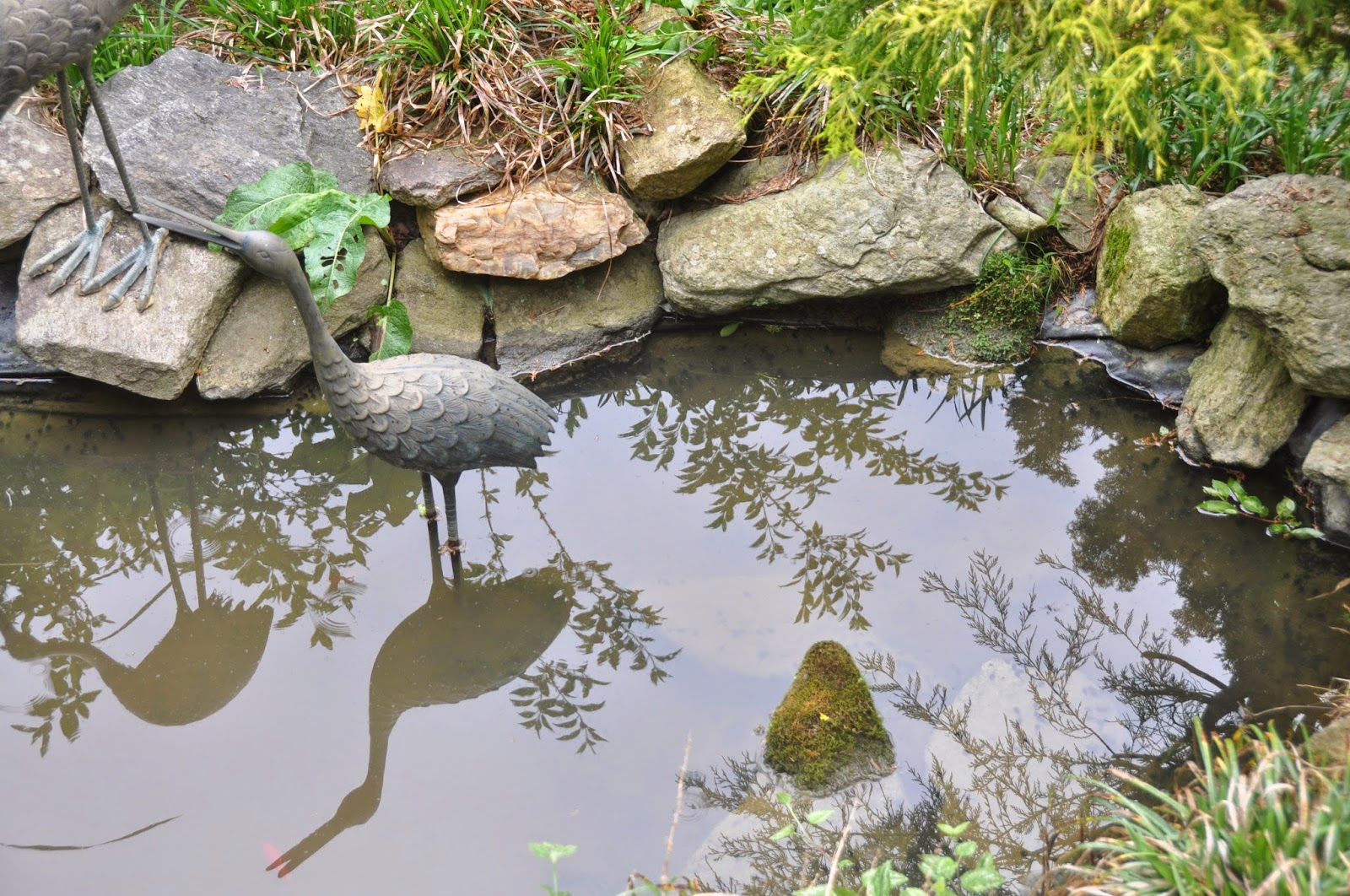 So lovely. Thank you so much!
Do the fish just accept the cranes? They're not afraid of them? Isn't that interesting.

It's a cure for depression.

I think most of the fish were born in the shadow of the cranes -- they accept them as part of their universe.

What a peaceful looking place. I feel calmer just looking at your pictures. Thanks Vicki

nice rather zen moment by the pond..i love the tadpoles...and the frogs they become....

Lovely pictures and thoughts Vicki. You must be feeling very satisfied now with work well done. The pond is lovely.