A Moment in the Sun 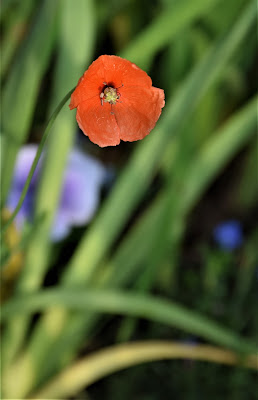 This little poppy is an unexpected volunteer in my flowerbed. Something kept me from pulling up the unfamiliar green plant and I was rewarded one morning with this single fragile bloom. 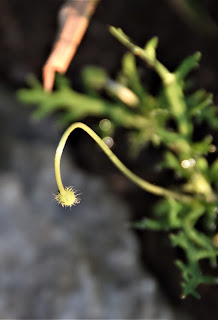 My wildflower book tells me it's an introduced annual, rare except around Wilmington, all the way across the state. I remember having seen one growing wild on the roadside only once. So this felt like a tiny miracle. 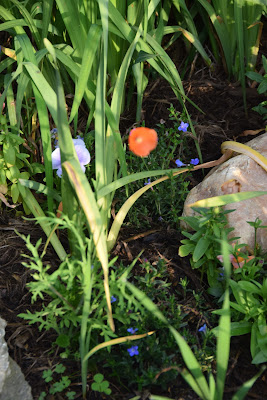 And a short-lived one too -- by mid-afternoon it was fading and shedding its petals. 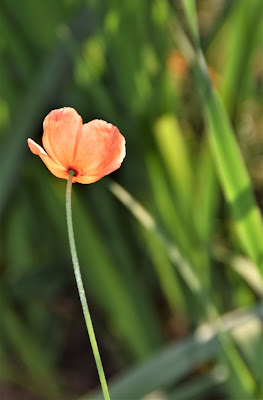 And I realized how appropriate the poppy is as a symbol for Memorial Day -- a day created to honor those who died in military service for the USA. 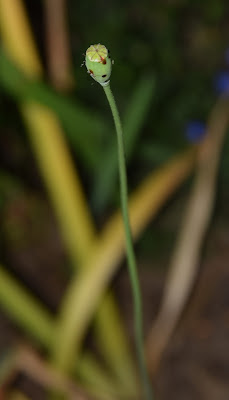 As I looked at the bare stem that had been so beautiful only half a day earlier, I was reminded of a  poignant quote from one of my  recent students who is writing about a Marine officer's experiences in Viet Nam: "An eighteen year old Marine wants more than anything to  become a nineteen year old Marine."


All those young lives lost. Sent to wars started by old men. And, at least since World War II, wars without a compelling rationale. Wars to control other countries and the politics and assets thereof. Wars based on fear . . . or lies. . . or profit.

Meanwhile, President Bonespurs, whose own personal Vietnam was spent in NYC avoiding STDs, (full quote and video HERE) is sending another 1500 troops to the Middle East . . .

When will it ever end? 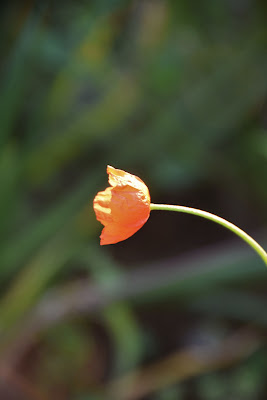 I find the fetishizing of the military in this country to be disturbing, especially because so little support is given to those who served. We, the human race, seem to throw our children to the Moloch of war over and over, mostly for so little, and we don't seem to learn from it.

I fear it may wax and wan but will never end. Not as long as old men send young men into harm's way.

I like them but I have never grown poppies. I tired once, but they failed completely. They were not inexpensive cultivars either.

Through 10,000 plus years we seem to learn nothing. George Carlin has many speeches on the subject of national pride, testosterone and BS . We need him back to counter the "parlor wit, Fop, near-do-well we have in the White House now.