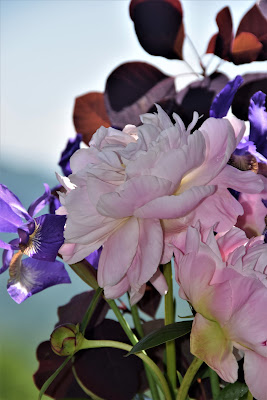 And now the herbaceous peonies have their moment . . . I don't mind picking them as otherwise they flop to the ground. Some year perhaps, I'll organize some kind of support for them -- or not. 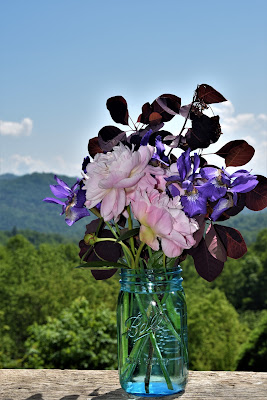 I can think of no prettier container for these blowsy beauties than a blue canning jar -- despite the fact that using canning jars as part of the décor has been declared 'so yesterday' -along with shabby chic.

Too bad.  We were shabby chic before it was a thing and as long as we live with dogs and cats and we track in the outdoors, we'll always be shabby. Whether or not we're chic is a matter of opinion. 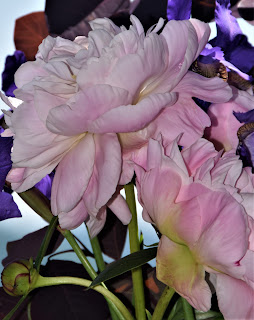 Peonies are lovely! Blue tinted glass vase works for me!

Ah yes, flopping peonies. I guess the most modern cultivars work the best, but it is just a guess. I took some photos at the experimental farm a few years ago, and I don't recall much flopping.

Well, I think they look gorgeous in that jar, shabby chic or not!