Chain Reading and a Discovery 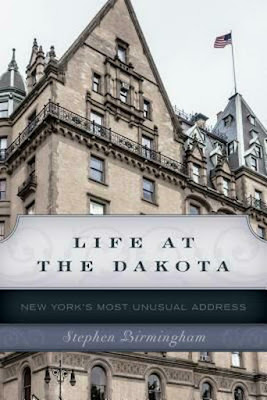 I'm a sucker for Stephen Birmingham's books about the rich and famous of the past. I loved Our Crowd and The  Grandees and recently devoured his account of the famous apartment hotel The Dakota.


Imagine an apartment with every amenity imaginable -- food sent up from the kitchen, maid service, laundry -- everything.


It's a fascinating look at another way of life -- and as I read it I was reminded of a book from my childhood. . . 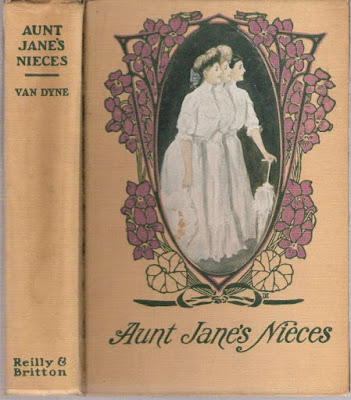 Aunt Jane's Nieces was one of my grandmother's girlhood books and she read it to me when I was laid up with measles and not allowed to read. I loved it and read and reread it many times.


I don't think I ever thought about the fact that the story was set just around 1900. To me, it was just a lively story about three young (the oldest is sixteen) girls, cousins who'd never met, called to spend a summer with their wealthy invalid aunt. All three are hard up and the aunt is dying.


I know now how predictable and sentimental the whole story is but I adored it, especially when a mystery benefactor set up one of the cousins and her father in a fancy apartment hotel -- not unlike the Dakota.


So I had to reread it. I still enjoyed it and decided to look for the others in the series. Edith Van Dyne was evidently prolific and there are a number of adventures with the three girls -- all available free as e-books.


But, imagine my surprise, when investigating Edith Van Dyne, to discover that she was a he. And what's more, she was L. Frank Baum -- creator of the Oz books -- more favorites from my childhood.


It's as if I suddenly discovered that Arthur Conan Doyle and Frances Hodson Burnette were the same person. (Please tell me they weren't.) 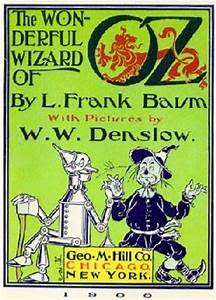 So I ventured into the series. I've read the next two and found them rather hard going -- so silly, so obvious -- but still interesting as a look at popular culture and, alas, prejudices of the time. The fourth book, that shows the girls getting involved in politics -- helping a male friend get elected to a county office -- is better. Written before women had the vote, there is a kind of proto-feminism going on here. Of course, when I reflect, the Oz books were heavy with strong women -- Dorothy, Glenda, Ozma, the Wicked Witch. . . 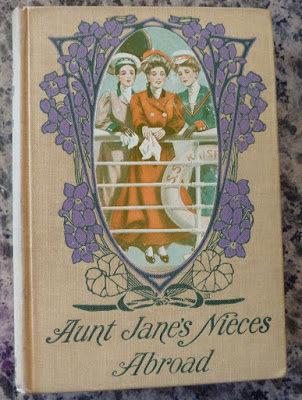 But I imagine my grandmother and her two sisters reading them and identifying with the nieces. I suspect Mabel, the eldest of the sisters,  would have been cast as Louise, the haughty aspirant to high society, while Pearl, who used to chase my grandmother with wrung-off chicken heads, would have been the spunky Patsy. Which leaves my grandmother to inhabit the role of Beth, the quietest and most thoughtful of the three.

I'll never know, of course. I also don't know if they read farther in the series. Apparently the books were, at one time, more popular than the Oz books -- kind of the Nancy Drew's of the time.

"Edith Van Dyne" also wrote The Flying Girl series: "Capital up-to-the-minute stories for girls and young people in which the author is at her very best. Thrilling and full of adventure, but of that wholesome type parents are glad to put into the hands of their daughters." 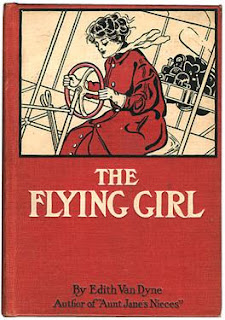 Well well well...what a nice book review and author insight! Since I have one of my mother's Oz books...to remind me of a magical life, I'm really interested in the "wholesome adventuring" of this trio. And ebooks are almost all I read these days!

I loved this post, I read everything as a child. I loved Trixie Beldon, Nancy Drew, The Bobsey twins, and so many others. I thought they had the best lives ever. Oh the memories........perhaps reading these wonderful books to Josie will start soon. I know it was a different time, different ways but I think they would still be enjoyable to a child. xx