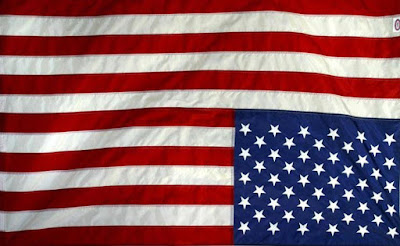 8(a) The flag should never be displayed with the union down except as a symbol of dire distress in instances of extreme danger to life or property.

To my elected representatives:

What is happening to our beloved country? Our President has as his closest adviser Steve Bannon, an anti-Semitic, xenophobic icon for white supremacists, a man who suggests that the media keep quiet. Our President has a special Minister of Propaganda, excuse me, Special Counselor who deals in ‘alternative facts.’ (N.B. There are facts and there are lies. There is no such thing as an alternative fact.)

As a member of the loyal opposition, I feel the need to express that opposition. But where to begin? The President is signing those executive orders as if it’s Sweeps Week and he wants to make sure he’s got the most viewers. I can hardly keep up with listing the actions and omissions that concern me and that I wish would also concern my elected representatives.

Let me start with the President’s refusal to release his taxes and his multiple conflicts of interest which, so far, seem to be ignored as well as the similar conflicts that pertain to his various appointees.

And the appointees themselves, in almost every case, are foxes set to guard a chicken house.

Ms. DeVos, an advocate for charter schools with no experience with public schools seems poised to dismantle our educational system.

Mr. Tillerson’s business ties to Russia make him a dubious choice for dealing with this old adversary.

Rick Perry and Ben Carson appear to be singularly unprepared for the positions they are expected to fill.

Mr. Mnuchin’s use of offshore tax havens, as well as his failure to disclose almost $ 100 million in assets, not to mention his previous status as a Goldman Sachs executive make him a particularly cynical choice for Secretary of the Treasury.

Another cynical choice is Mr. Puzder for Secretary of Labor. As a fast food executive, Puzder has opposed the overtime rule, opposed a minimum wage, and underpaid his own workers. American workers won’t have him on their side – but their bosses will.

Putting Mr. Pruitt, a close ally of the fossil fuel industry and longtime foe of the EPA, in charge of the EPA, our national safeguard against fouled water and air, is especially horrifying. Shall we look forward to air quality like China’s cities, rivers so polluted they burn, water that is undrinkable?

Everyday seems to bring a new horror. A push to defund Planned Parenthood --- despite the fact that government money does not pay for any of the abortions performed there (a minuscule, but necessary part of their mission) and despite the demonstrably excellent work PP does in providing birth control, STD testing, cancer screening, and other services.

A gag rule on discussing abortion in overseas clinics that provide vital care to poor women. (The sight of that order being signed as a roomful of rich old white men nod approvingly makes me want to gag.)

Then there’s that wall. The preposterous cost and dubious efficiency of such a barrier make it a foolish enterprise. That money would be better spent on our roads and bridges, schools and hospitals.

Which brings me to the ACA. Yes, it’s flawed. But to repeal it without a replacement leaves far too many Americans without insurance. Stop calling it Obamacare and maybe you won’t hate it so much. Replace it with Medicare for all and name it after yourselves.

The list is longer than I have time to write  – longer than you’d be likely to read, if indeed you’ve read this far. But I must add the most recent affront to what America stands for – the ban on Muslim refugees from certain war torn countries.

A ban which does not, by the way, include countries where the President does business, nor the country where the 9-11 terrorists originated. A ban which has left students and refugees stranded in airports, a ban which hit one Iraqi who had worked for American interests for years, who had his visa in hand, his business and belongings sold, and only to find he was being denied entry into the country for which he had risked everything.

Was it a coincidence that this ban was signed on Holocaust Remembrance Day? Was this Steve Bannon’s middle finger to the world?

I implore my representatives to halt this juggernaut of bad judgement that is destroying our country and turning a would-be shining city on a hill into a swamp of nepotism, cronyism, and egotism.

For the love of all that truly makes America great, consider what you’re doing.

Priebus stated that the omission of any mention of Jews for Holocaust Remembrance Day was, indeed, deliberate. Ponder that for a second.

This is so eerily reminiscent of Germany in the 1930's. I know everyone is tired of the "so and so is Hitler" that has gone around about so many politicians, and I don't think Trump is Hitler. He is himself, wanting power and wanting money, unlimited money. I believe he will use as much power as he can as long as he can and enrich himself as much as he can.

It's really fairly terrifying, not the least since I have a 20 year old daughter who is staunchly liberal and wants to go into international politics on the policy side and I have a 17 year old son who, I am sure, will be seen as perfect cannon fodder by some.

I am taking any action I know about at this point..........knowing that history DOES repeat itself, that surely lists are being kept, and more and more of us will BE on those lists. Better than being mowed under, I say.

Thanks Vicki, and Karen and Susan for your comments too! Yes, we are at a time of resistance. I'm putting the rest of my comment over on FB, where more folks might see it. Wink wink!

Well said, Vicki. My first impulse when Trump was elected was to fly the flag upside down. There definitely seems to be a rush to dismantle everything good in the U.S.

My strongest hope is that every single person is writing such a letter. Unfortunately, my representatives do not care a whit about our country. Only about their party and their own interests. But still I write...to them and to others. I cannot simply sit by and bemoan the destruction. Even if my voice is not being heard.

I am not American, but I am sickened by what is going on. It is no longer America the Beautiful or the Admired. It is a country that the world is shaking its head over. Maybe some shaking in our boots too.

I've been doing lots of calling and writing this weekend, and plan to continue doing so.

The only good thing about this weekend's developments was that it interrupted by usual sleep cycles, and so I got to see the Australian Open final match very, very early on Sunday morning.

Your letter is perfect. I thought that under Trump we would have chaos, but I did not know it would come so fast! What is scary is that now white supremacist Bannon has been given a security role and the military chiefs of staff have been downgraded. In addition the entire senior officials at the State Department were asked to leave/fired/ or resigned – again, very troubling. This could be a hidden small security coup.
I read that Dick Cheney thought that this stopping entry to Muslims was wrong “goes against everything we stand for and believe in.” When even Dick Cheney thinks the government is not going in the right direction … that is saying quite a lot! A distress signal – Yes!

A fine letter Vicki. I hate this.

Sadly what you have over there is another Hitler!!!!!

Thanks Vicki, your prose are explicit and clear. I concur with everything you say. Would love to copy and put on my FB page, of course with you as author. I could not begin to design a better point of view.

You are welcome to use this, Jim.