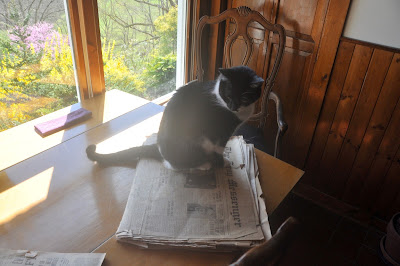 Claui brought me this trove of newspapers from the Twenties and Thirties. They'd been hidden beneath the liner paper of a cedar chest inherited from my grandmother.  CoryCat immediately knew that they'd been saved all these years just so she could sit on them. 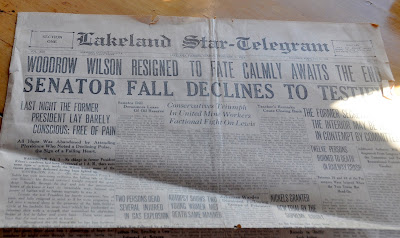 Many of them were about the death of President Wilson, detailing his declining health and the approach of the Grim Spectre in flowery language . . .

But sometimes it's the little things that really bring the era to life . . . 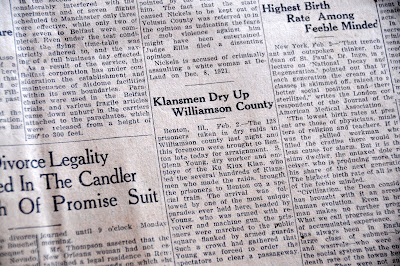 The newspapers are from Montgomery, Troy, Jacksonville, Lakeland, and Tampa -- all places my grandfather would have visited in his rounds as a bank examiner. 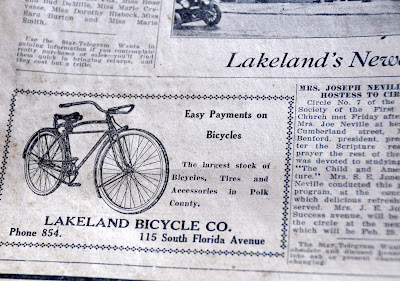 A nice bicycle -- and I'm reminded that my grandfather referred to bicycles as wheels -- "Did you ride your wheel over to her house?" 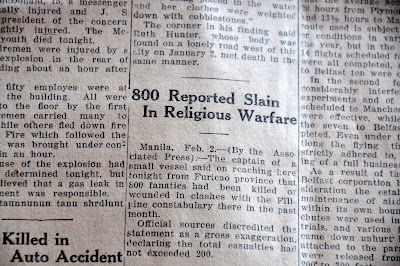 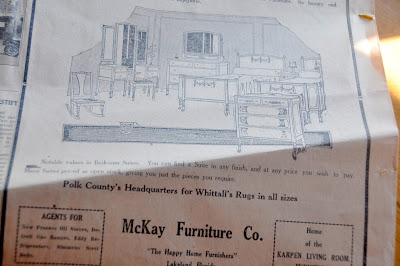 I've seen furniture like this still in use . . . or for sale at low end antique (junque) shops. 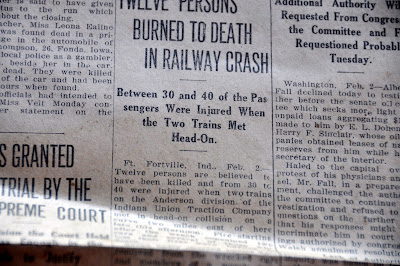 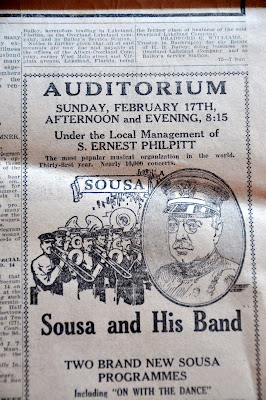 I can almost hear the Sousaphones oom-pahing . . . 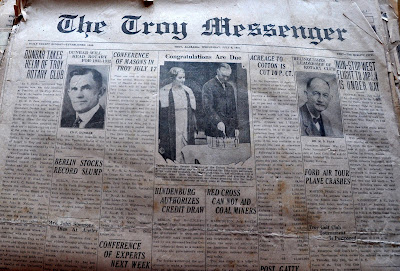 My Uncle Ed Dunbar makes the front page in Troy as he is named Rotary president. He was the husband of my grandmother's older sister and I remember him for several things. He demanded that children eat everything on their plates. If they didn't, the same plate with its crusty leftovers would be put before them at the next meal. He also ate sliced tomatoes for breakfast -- with a spoonful of sugar on each slice. My grandmother said it was because he was a Yankee. 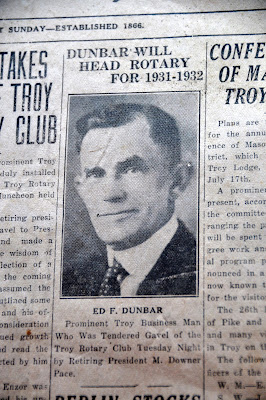 But the Troy, Alabama Rotary Club was able to overlook this failing. 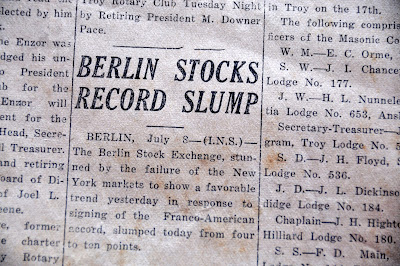 On the same page, ominous sign of the growing world-wide financial disaster . . . that will play a part in the rise of Hitler. 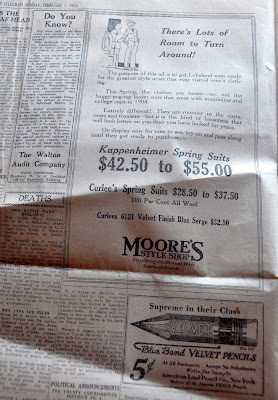 When was the last time you saw pencils advertised in a newspaper? 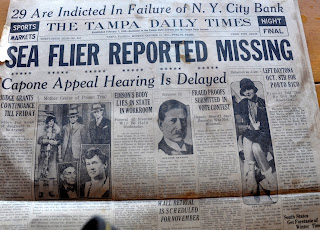 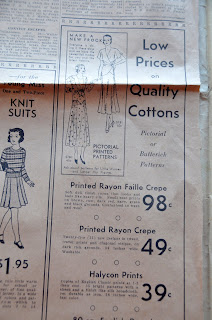 Another relative makes the news -- Charlie Wall is the black sheep in John's family. A Tampa crime boss, bootlegger, racketeer, and gangster, he came to John's mother's wedding but stood at the back so as not to cause alarm...

There's a book about him -- The White Shadow -- by Ace Atkins. 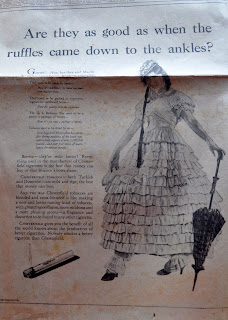 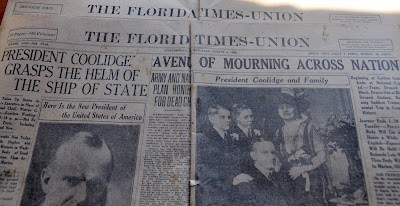 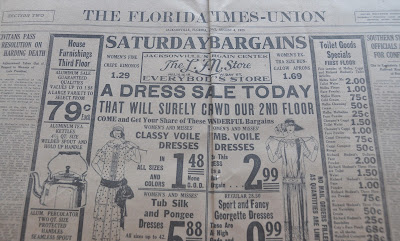 But just look at these classy voile dresses for as low as  $1.48!

The the era really comes alive, as I read these old papers. 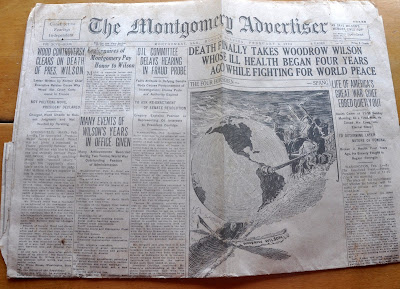 How awesome!!! Hubby has some giant newspaper books from 1900, to I'm not sure when. Several of them and they are HUGE. Very interesting to look at, but pretty fragile, too.

How interesting to be able to read history in its initial reporting. Both Big Stories and smaller ones can truly take you back in time. Of course, the adverts are equally fascinating in what they tell of life back then.

Thank you for letting us see these highlights. xo

If someone brought me a stack of newspapers that old it would totally take over my day. Fascinating.

I hope you read every page! These are quite interesting, and more so with all your connections to the famous and notorious in your family! I guess Wall was an uncle to your husband? Bet he didn't visit him often!

And the beat goes on with about the same head lines. Murder, mayhem, politics and dresses for sale.

Thank you for this blast from the past, Vicki!

I would love to have the luxury of reading these old newspapers. Fascinating!