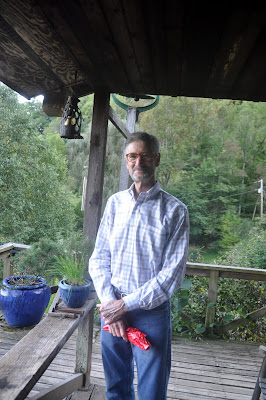 After finding the note from my long ago student and posting about it Thursday, several folks here and on Facebook encouraged me to have a look for him to make sure he saw the blog post.

So with the help of Mr. Google, I did look. And found several possible addresses -- some in Florida and one right here in Marshall. Nah, I said, couldn't be.  There were no email addys nor were there telephone numbers.  So I tried Facebook.

A Robert Franckle who looked like the guy I remembered had an account -- obviously inactive. So I looked on FB for a woman who Google listed as a connection. Bingo! I had found Robert's ex-wife. She kindly told me that her and Robert's daughter was also on FB and gave me her name.

Said daughter told me that Robert did, indeed, live in Marshall but was at his hunting camp in South Carolina at the moment. She also gave me a phone number.

I called and left a message and yesterday morning early got a  call from Robert who was on his way back to NC. Neither of us could quite believe that we lived so near to one another. Arrangements were made and last night, my long lost student -- who has been living about a half an hour away for several years now -- came to dinner! 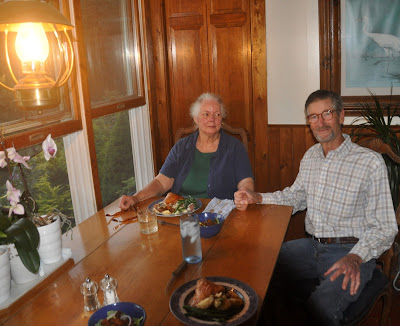 Robert is just as sweet as I remembered. It was a delightful evening of 'do you remember?' and 'did you know?' during which we also discovered that one of John's crazy friends from University of South Florida was later a friend of Robert's.

It still seems vaguely unreal that a note, written almost fifty years ago and rediscovered on Wednesday could so quickly have led to the author of the note sitting at our dinner table on Friday night.

Thanks to those of you that encouraged me to search! Who could have foreseen such an outcome! 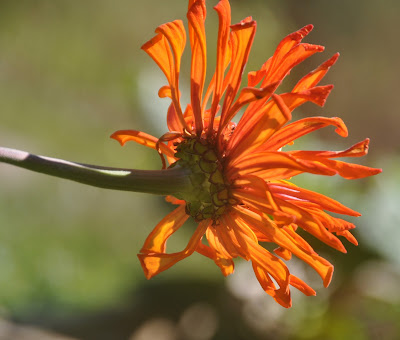 How awesome is that! Truly amazing!

What a great way to start my morning! The world is a wonderful place. I'm so happy that you found him so easily---the wonders of FB! <3
Deana the Queena

That is a great story, in real life! Definitely a winner.

It looks like you got dinner but he didn't. Kidding. I know he moved for the picture.

An amazing story! What was it about Marshall that drew both of you to the area?

What a coincidence! Another reason the Internet is so wonderful. I'm so glad the two of you were re-acquainted. Imagine---living so close to one another.

This makes me smile!

When I read the title I immediately thought of "Where's Waldo". So glad you and Frackle were able to reconnect.

It is a great story that turned out terrific.

What a wonderful story! The marvels of the internet...