Thoughts on a Snowy Day 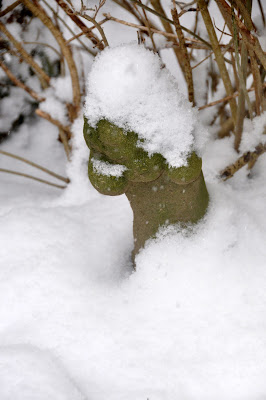 It's getting nasty out there. 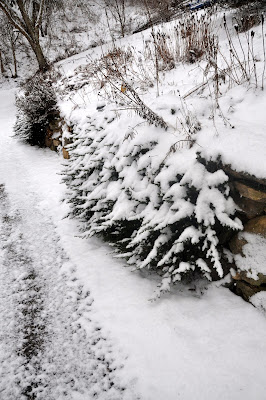 It's disappointing. I admire both candidates and will support either in the election. But the spirit of collegiality they showed in the early debates is gone and both sides are slinging mud as hard as they can.

Yes, neither is perfect. Yes, each one wants to win. But when I begin to see supporters of one say they won't vote for the other, if the other gets the nomination . . . well, I begin to imagine an America represented by the guy with the bad manners and funny hair and I feel sick and deeply, deeply embarrassed.

Or by the guy whose father says he was anointed by God to take this country back . . . and I feel scared.

Or by any of the other Republicans who represent to me the failed policies of the Right (carpet bombs, welfare queens, takers not makers, trickle down, just say no, God on our side, American exceptionalism, a gun in every pocket, drill, baby, drill . . .) 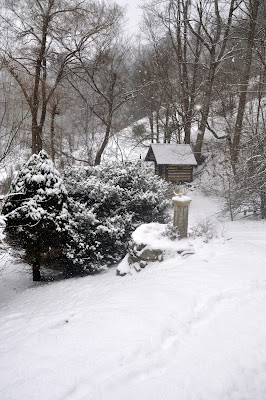 At this point I don't know who I'll vote for in the primaries.  But I'll for sure be voting Democrat all the way in the general election and the mid-terms.

I want to see an end to the disgraceful spectacle of a Congress that can vote 63 times to repeal affordable health care but can't find time to look at the President's budget, that cares more about corporate profits than climate change, that seems intent on blurring the separation between church and state, that would put the rights of a fertilized egg above those of the woman carrying it (but doesn't give a damn about hungry children or refugee children or children drinking toxic water) -- I could go on.

But I won't.  Except to mention the possibility, should a Republican prevail, of four Supreme Court Justices, cast in the rigid mold of Scalia, Alito, or Thomas. I feel faint.

I'll just be hoping for a president that cares more about people than corporations and a Congress that will work with that president for the good of the country. 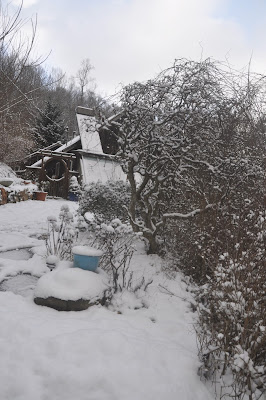 Well said, Vicki, as usual. I feel the same way about this as you do.

God forbid that Donald Trump gets elected. Why can't the people over there see him for what he is?

Perhaps Barack Obama could be persuaded to do another term!

Lovely photos. The election is getting to just the mess it always does. But there definitely are some problems with the GOP this time. What happened since Ike?

Vicki, I think that our nominating process goes on far too long. The prolonged series of primaries and caucuses does not seem to bring out the best of most candidates. I'm actually hoping that some other candidates might yet step forward.

Your snowscape photographs are lovely, and make a great contrast to murky political sniping.

I do not believe for one minute that even Bernie Sanders himself honestly thinks he can deliver a fraction of the wondrous things he is promising. For that reason and because of his lack of foreign policy experience I will definitely be voting for Hilary in the primary. And hopefully again in the general election. Bernie sound-bites are great but he has little plans to achieve his lofty goals. I simply don't trust the man. His warm fuzzy ads playing on our SC stations make it seem that he was bosom buddies with Martin Luther King. I did the very same things he boasts about; marched in parades and protests. (Although I was never arrested) And I'll bet you did as well. And the rest of our liberal friends of similar age.

At least we do have one thing on our NC ballot we can support and vote for without hesitation. The Public Improvement Bond which will provide funds for the community college systems, the greater University of North Carolina system, State National Guard, State parks, and Department of Public Safety, etc. It's a straight vote for or against.

I am a Democrat thru and thru. But OH ME I really can't love either one of the Democratic Candidates, and as to the Republican candidates they all are terrible. So I will have to wait and see if Hilary or Bernie make me proud to be a Democrat. As we get closer to choosing the most important single person in the world I will find one of them that I can believe in.

Well said, Vicki. I agree with everything you said. Surely we are smart enough and care enough to vote for whoever wins the Democatic nomination. Would we prefer any of the Republicans and their repressive policies? Not voting is a vote for the other side.