Nostalgia or Research? -- You Be the Judge 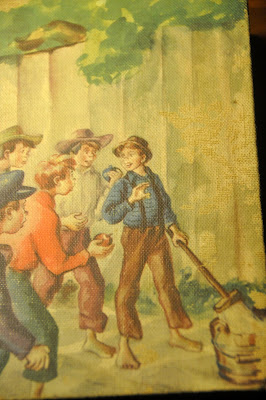 Looking for a break from the Civil War but not wanting to stray too far, I picked up my childhood copy of Mark Twain's Tom Sawyer and quickly found myself back in antebellum Missouri delighting in the language and the wit. As I read, I realized how similar much of the language was that of my work in progress. It didn't take long for me to decide this counted as research. 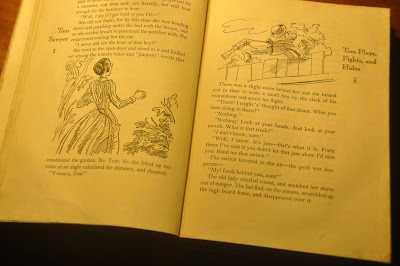 I adore Tom who is obviously a great reader of Sir Walter Scott and his fascination with make-believe -- he's Robin Hood, he's a robber, he's a pirate . . . but always a noble one.

I also realized how much I love the charming illustrations in the  well worn copy I've read and reread over the years. 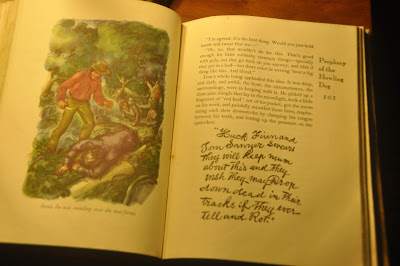 I remember when I first read this book -- maybe sixty-five years ago -- I didn't have the sense that it was taking place about a century before. Sure, the clothes were different and there were no cars and such but the people were just like people I knew. They still are. 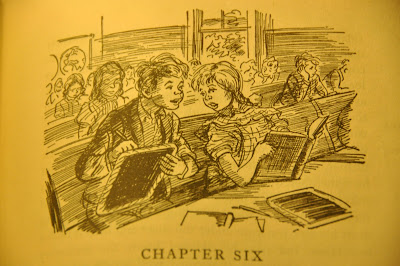 Of course, I grew up reading my grandmother's childhood books -- Little Women and An Old Fashioned Girl-- for example.  And my grandparents' encyclopedias that were twenty or thirty years out of date. Time has always been a bit fluid for me . . .

I was also delighted to discover some phone numbers I'd written on the end papers --  Ann H. lived across the street and was older than I. He mother had a huge collection of little green clad china elves that I coveted.

LMK -- my next door neighbor was younger than I. She had a grandmother who was a Christian Scientist and spent a lot of time in bed -- when she wasn't driving her big boat of a car to visit her Practitioner, whatever that was.

Really, as Emily D. says, "There is no frigate like a book/ To take us lands away..." 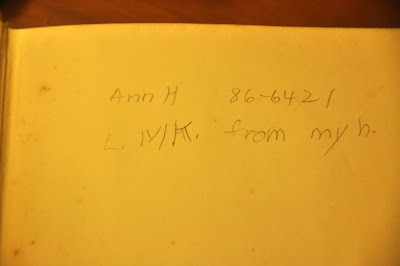 Seeing that has to take you back to a different time in your life, even if the story on the pages never changes!

Your very own old 😀 copy! How lucky for you that it was saved and now useful again for your own story. I have my first grade reader, dick and Jane ...can you believe it. Yes there are times when I enjoy looking at my first grade name written on the inside cover. I related with your coveting of your friends mothers collection. I have tasted this envy myself as a child...ah sweet memories you've stoked

A book contains more than one story sometimes.

I guess I have never read TS although I did read Huckleberry Finn back in the day.

Thank you for bringing Tom back from my memory. I loved Mark Twain's books but my favorites were Jack London's White Fang and Call of the Wild.

My grandmother was a school teacher and I loved looking through and reading her old texts. I was stunned to find out that the old books had been discarded when they cleaned out her house after she died. Discarded! I couldn't believe it.