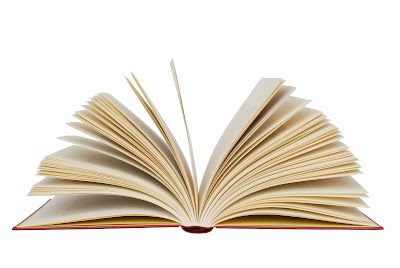 A few days ago, one of the students in my fiction workshop sent THIS LINK to the others in the class, saying 'It echos everything Vicki taught us this past semester.'

Yep, but when Lee Child, # 1 NYT best-selling author of the Jack Reacher series (coming soon to a Big Screen near you,) when LEE CHILD talks about building suspense, people listen. And what he has to say is really useful for writers and story tellers of every sort.

You see, building suspense isn't just for thrillers and crime fiction -- it's an invaluable technique for any sort of story telling -- novels, films, plays, even some songs (why did Billie Jo Mc Allister jump off the Tallahatchee Bridge?)  whenever the writer wants to keep the reader's attention focused in a world where there are so many diversions.

Lee suggests that the writer keep throwing in intriguing questions so that the reader will keep turning pages in search of an answer. Big questions -- who killed Col. Mustard? -- for sure. But don't overlook the little questions -- the strange scar on Prunella's shapely ankle, for instance. The writer might say at once that the scar was the result of an encounter with a wombat -- and of, course that raises its own questions. But why not leave the wombat out, for the moment  -- perhaps Prunella is oddly evasive when asked about the scar -- and then, when some chapters later she admits to the wombat, a whole new set of questions arise for the reader to pursue. 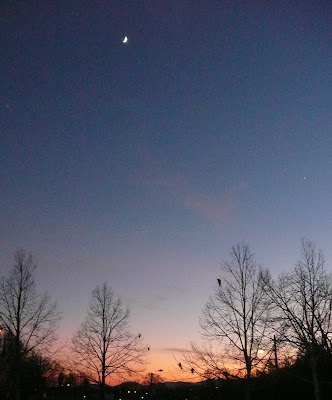 There is suspense in every sort of fiction -- Will the two lovers eventually find one another? Will the aspiring artist be recognized? Will the monomaniacal captain kill the white whale? And who was that masked man anyway?

It's not enough though, just to pose a lot of questions. The protagonist needs to be likeable and/or charismatic enough that the reader cares what happens to him or her. (Jack Reacher is, I think, both.) Once the reader is  invested in a character, those unanswered questions will keep said reader turning pages late into the night. (Maybe now I'll find out who Luke's father is... )

But what happens when all the questions are answered?  A page-turner of a book is great fun but is it a book you'll re-read? I know the idea of re-reading is anathema to lots of people but  my idea of a Really Good Book is one I'll return to, as one returns to a favorite piece of music, again and again. The excitement of racing through the story to discover what happens gives way to the leisurely pleasure of enjoying  a world already known.

I have many books that I've read to tatters, books that I've almost memorized, books that hold no surprises. I know that (SPOILER ALERT) Elizabeth Bennet will marry Mr. Darcy, that Camelot can't endure. I know who stole the silver cow creamer, why someone tried to kill Jim Chee with a bit of bone, how Narnia will end...

In these well loved books there are no unanswered questions and no tightly-ratcheted suspense to keep me flipping pages -- there are only wonderful characters I want to hang out with, fully realized settings that feel real to me, and the sheer delight of living again in a very particular time and place.

Now, that's what I call writing! 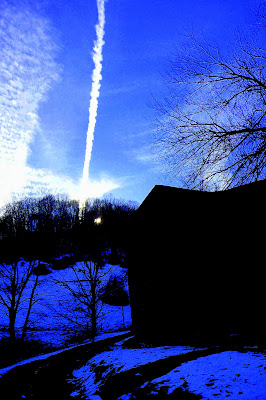 I do the same thing with movies I enjoy. I watch them year after year.

I'll certainly make a point of reading the article, Vicki. Thanks for flagging it.

nice....i think that you have two very different things here...the suspense building (story driven) and character driven as with yours that you just love the characters so much you keep coming back to them...

I am the re-reader personified. I am known among my friends of reading books again and again, some five times from beginning to end. Some chapters, a line, too.
Arthur Schopenhauer has written two beautiful essays on "On Reading and Books". I found only one in English. He wrote about rereading, the necessity of reading a book more than once, in the second essay. I am afraid that is not included in the link. Right now, I have to run, but will come back if I find the right link.

Thank you for this very interesting post. I am looking forward to follow the link and read Lee Child's article.

P.S.:
On rereading my comment, I feel a bit sheepish about having called myself "re-reader personified" - a bit full of myself, methinks. I did not mean it that way.
The whole comment is a bit confused, sorry for that.

Great post Vicki. I think it really does some up what a good book is---(to me, anyway). Suspense, good plot and characters with depth that I care about. Jim Chee and his world are ones I often visit, esp. when I just need to 'get away' for awhile.

oh you said it
It is the characters
I return to a book to be in their midst again....

So, while I *do* like to have my questions answered, as Lee Child says in his article, sometimes I don't need a 'mystery' to solve, just imaginary friends or place to relax into.

Hi, yeah this paragraph is genuinely nice and I have learned lot of things from it on the topic of blogging.
thanks.
Also visit my page : extreme weight loss

This was an excellent post! I have never been a rereader. I feel like I am memorising when I read because I get so INTO the book. However, more truthfully, I remember vividly the images I see in my mind from the book. I might not remember what really happens in a book I read a couple of years ago bt I can tell you parts I remember we'll, and certain rooms or places in the book. For example, all I could remember about GREAT EXPECTATIONS was Miss Haversham. I remembered her room, the fact that she had on only one she, the cake unbeaten on the table. I didn't remember the plot or even Pip's name until I watched the excellent miniseries on PBS recently!

I have the books I've read and loved in bookcases in my home, and I will "revisit" them by scanning the spines' titles or even by holding the book. However I am feeling an urge to do something I have never done in fifty years of reading - I want the familiarity of retreading! This blog entry came after I had made the decision to do this so I find it all so interesting!

Great post - I heartily agree. I enjoyed reading Lee Child's article, too. I do find myself reading certain books to answer the questions, meanwhile being annoyed that I'm hanging with it when I don't really care about the characters but just reading to find out what happens. Usually it's not worth the time. But then I do re-read my favorites even though I know full well what happens, but I just want to experience that wonderful thrill of recognition - the kindred spirit, the wizard's wisdom, the magical place, the laugh-out-loud humor, the depth of insight, the clever puzzle, the discovery of love, or the thrilling adventure. I'm always reading hoping to fall in love with a new story, but I'm so seldom satisfied. Sigh. I find it hard to pin down what I like, but, in short, being absorbed into another world that, for a little while at least, is more compelling but as real and truthful as my own.

I agree. I read the Lee Child article with interest, but too often I have found myself annoyed and reading just to find out what happens, and not really caring about the characters. It's always disappointing and a waste of time. But then I'll return to an old favorite and experience that thrill of recognition - a kindred spirit, the wizard's wisdom, a magical place, laugh-out-loud humor, a clever puzzle, the discovery of love, a thrilling adventure, a depth of insight, the affirmation of our commonality and our uniqueness. I'm always eagerly reading, hopeful for that sense of discovery, of finding a world more compelling (at least for a little while), but as real and truthful as my own. But so often I'm disappointed. Sigh.

P.S. I lost my first comment and tried to re-create it. Not sure if you got a slightly different message twice. If so, sorry for the repeat. Arrgghh! I hate it when the computer seems to swallow my comments and I don't know whether they showed up. Sorry!

Don't you hate it when you have to re-construct something you've already written but lost? It never comes out sounding the same. On another note, for a minute there I was wondering if I'd missed out on the book about Col. Mustard and Prunella. . .

Col. Mustard is from the game called CLUE -- Prunella is from my fevered imagination..