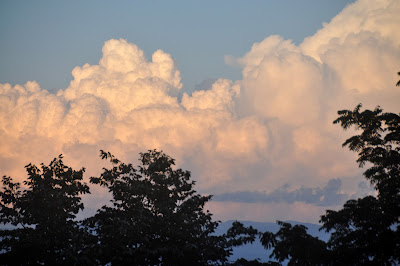 I didn't go to the Asheville library yesterday as on Wednesday I found Col. Allen's pamphlet hidden away in the Genealogy Room at the Madison County library. 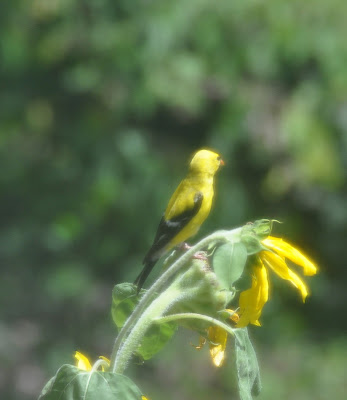 So I spent yesterday doing so very necessary watering and household chores in the morning then settled down to knock out Chapter 40 and Col. Keith. (41 through 46, as well as the Prologue and Epilogue, are done, just leaving 47 and 48.) 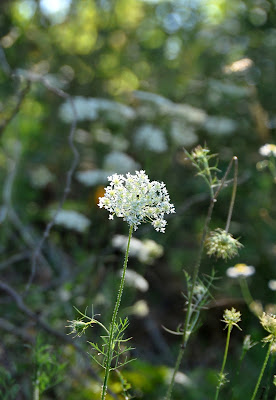 It's 1869. Col. Keith is in jail, awaiting trial for his role in the Massacre (as well as some other excesses.)

But the weird thing is, I've spent so much time with this fella that I'm beginning to like him a little. And he's beginning to speak like a human being instead of a self-important stuffed shirt.

Maybe it's the threat of execution hanging over him. Maybe it's just that I'm understanding him better. Maybe with time I'll understand Trump supporters. 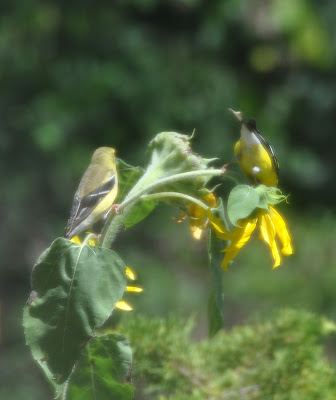 Awwww, look at the finches!

Can't wait to read this one, Vicki. And if you ever get to understand Trump supporters, you may have a whole new avenue of fiction to explore.

The goldfinches are a little fuzzy as I was shooting through a window screen.

I have faith in you, Vicki, that you will do justice to the Shelton Laurel Massacre, rather than lapse into stereotypes as others have done.

Vicki, aren't we all a mix of nature and nurture?

In the currently increasing heat and humidity around here, lots of folks are being tested.

It's interesting how we learn to love our characters. It's the same with family history. As we research our ancestors, we bring them back to life. You sound as if you're well into this book and I am looking forward very much to reading it.

i think the threat of execution def can make us more human,
death bed confessions and all -- but i wonder at those, you know.

I wasn't expecting that ending.

Love the finches. We get them out here toward the fall.
Yes it is wise to know and understand your enemy (Trump and his supporters). I'm not past getting an upset stomach every time I see him or hear him speak. I was Sick from Monday thru Thursday night. I know your book will have healing powers!