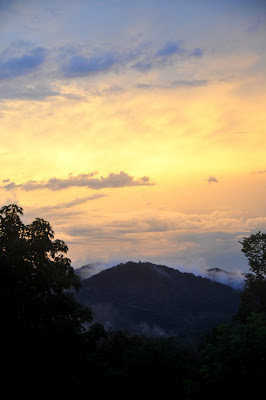 It was a fine family time on Saturday -- two sons, one daughter-in-law, a niece, a nephew, and two great nephews, wielding wizard wands. Great food and wine and talk in abundance with five dogs weaving through the crowd. (The cats chose to stay in their own room.) 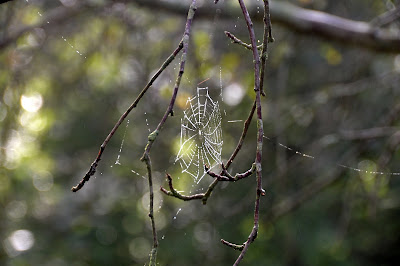 Still three chapters to finish -- and they will require a trip to Asheville's Pack Library. I had thought to go today but I got started on my careful read through and realized that I had marked throughout the manuscript items that needed verification. So I decided to finish the read through before going to the library and to keep a careful list of questions to be answered.

I got through thirteen chapters yesterday -- it's slow going, reading aloud to oneself and it will likely be Thursday or Friday before I go to the library.

But the good news is, I'm really liking what I'm reading: themes are emerging; transitions are working; and the five main characters seem to have individual voices and I'm understanding them better.

Here's a brief bit in the voice of one of the five: Marthy, the so-called idiot girl who is mute but far from an idiot. 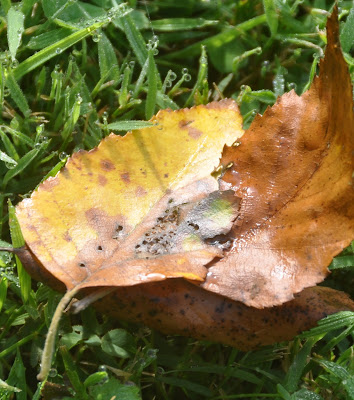 The big man comes back, grinning at me and Judy, and hands me a scratched up wooden canteen that sloshes as I take it in my hand. I duck my head thank you then I tap my finger on the canteen and look a question at him.
“You keep that canteen, honey,” he says. “There’s plenty more where that come from.”

A chill runs over me as I understand what he is telling me -- that this canteen was taken from a dead Reb – and my fingers tingle as I brush them over its flat side. I look close at it and see that amidst the scratches is some letters and, turning the canteen to the fire, I can just make out the words DIXY and E.B. Ray. I wonder who E.B. Ray was – was he old or young? Did he own slaves and was that why he had joined up? Or was he just one of them fools who loves a fight? Maybe he didn’t have no say in the matter. Once they started conscripting, less a feller had the money to buy a substitute, he had to go for a soldier whether he wanted to or not.

I flat my hand over E.B. Ray’s name and picture him – maybe a young man, not much past being a boy, shot down and all his belongings stolen. And for what? Even though he was the enemy, at least as far as us here in the Laurels would see it, I am sorry for him. And I think . . . if it was Davy . . . I take hold of the carved bone ring hanging from the string around my neck, the ring Davy made for me, and the tears begin to fill my eyes. 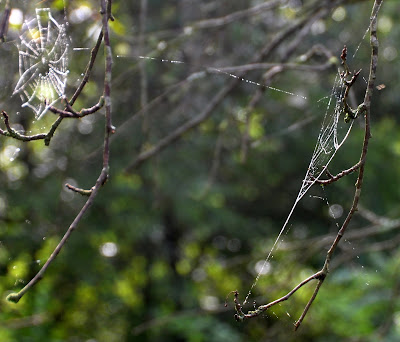 Call me crazy, but I thought when you said mute, you were going to leave it blank and pull a fast one on us! LOL!

That snippet is interesting. I never thought of reading the book orally to yourself.

Reading the book orally is THE best way to catch errors and judge how the writing flows.

Leaving us hungry for more!!!!

Thank you for a delicious taste of what's to come.

Can we apply to become one of your pre-publication readers? :-)

Thank you, Vicki, for this sampling. The mute character has expressed herself very well.