The Last Christmas-- A Play about the Shelton Laurel Massacre 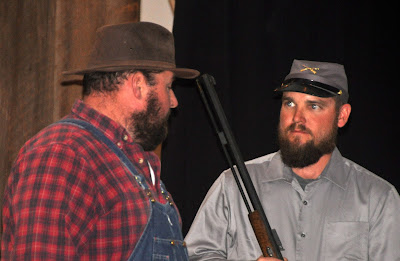 Saturday night I went to a local church for the performance of a play about the Shelton Laurel massacre.  I've talked so much about  the massacre previously that I won't repeat myself (much) but for a fuller explanation of this play and the incident it's based on, go HERE.

This play was written by Freddy Patterson, a resident of Shelton Laurel and a descendant of one of the massacre victims. Most of the participants were also descendants and this added to the homespun charm of the performance.

The scenes were punctuated with mountain music and song. 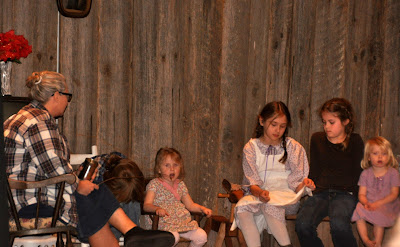 The action begins in the present day at Christmas time as a granny (complete with spit can) tells her young uns the story of the Massacre. 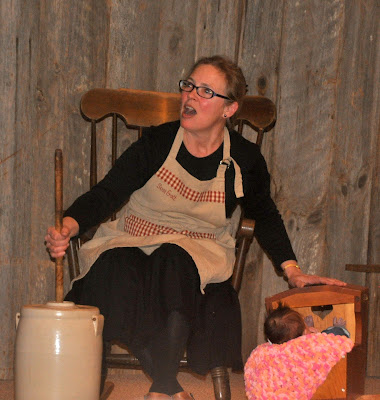 The scene shifts to 1863 and the home of James and Patsy Shelton. (James was played by the author of the piece and Patsy was played by Susi Gott Seguret, who grew up in Shelton Laurel, the daughter of two of the first 'outsiders' to move there.)

The two talk about the need for salt so they can butcher their hogs and preserve the meat. (As Union sympathizers, the folks of Shelton Laurel weren't allowed to purchase from the Confederate controlled salt depot.) 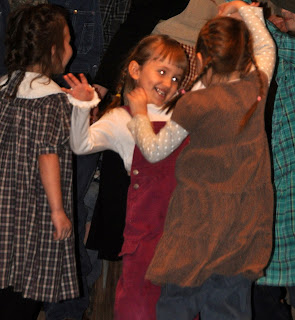 Next comes a celebration of Old Christmas (January 6)  -- the last Christmas many of the men will see. 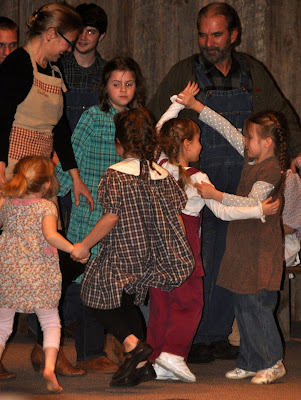 Before long the decision is made, the men raid the salt depot, return, and go into hiding, knowing that Confederate troops will soon be after them. 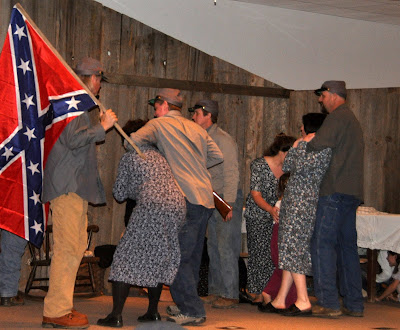 The women are gathered when the Confederates break in and drag them outside where (mercifully off stage) they are whipped and mock-hung in a futile attempt to make them tell where their men are hiding. 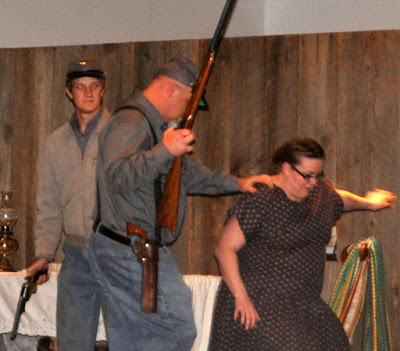 The next scene shows the men who have been rounded up -- more or less at random. The men talk over their situation and pray while the Confederates stand guard outside. 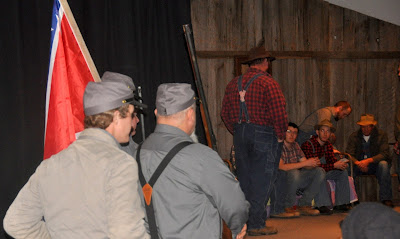 One has managed to escape with the help of one of the guards who is a fellow Mason. Another has hidden under the bed and is overlooked as the Confederates march the prisoners off, supposedly to Knoxville and a trial . . . 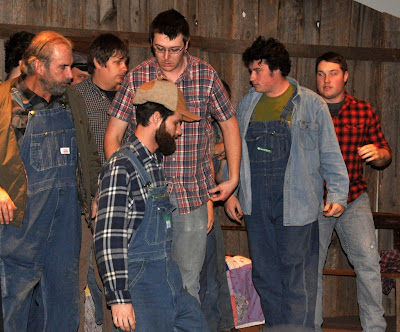 The prisoners are  marched down the aisle of the church, out the door, back in through a side entrance, and out again . . . 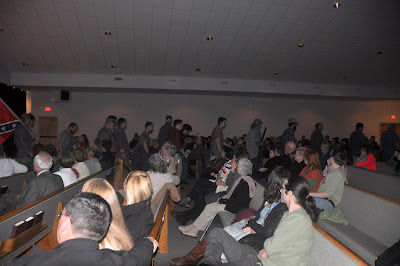 A volley of gunfire is heard . . . the massacre of the thirteen men and boys. 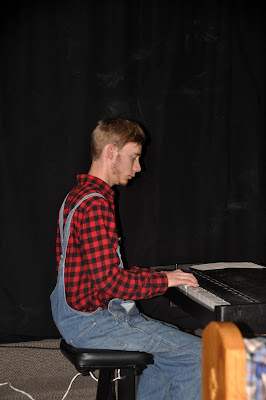 And the play concludes with soft music and the reading of the victims' names  . . . by their descendants.

It was a moving experience. 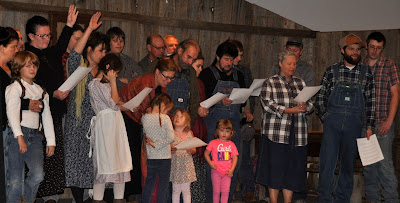 I bet is was a moving experience. Thank you!

Man's inhumanity to man every day reminds us of how low we can go. Look at the pail blue dot from space. There are no country boundary lines visible. Does our earth give a damn about who's running for president?

Oh my, a play about the massacre! That must have been something to see.

Interesting that it was performed in a church. And a perfect way to end it. Seems such a story might make for an outdoor drama like Horn in the West, or Unto These Hills. Or perhaps the days for outdoor dramas have come and gone.

It seems very poignant when it's so close to home like that.