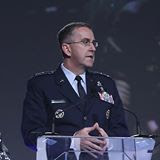 That fella above is Lucito Gonzalez. He asked me to be his friend on Facebook and, as I always do, I checked out his profile before accepting. Turns out he's a four star general who works at US Army -- and, amazingly enough, only started there on the tenth of March. Wow, what a guy!

He also lives in Kabul, Afghanistan -- but I suspect he'd be willing to travel.

Lucito is just the latest in a string of guys, usually with oddly transposed names -- like Faircloth Robert or Boyer John. They almost always have a picture of a man in uniform, surrounded by American flags and weaponry (such a turn on.)

My current favorite is Okomi Godwin Ohobo, who charmingly lists his occupation as Captains in De Company.

These requests give me a chuckle and then I mark them as spam and move on. Unfortunately, there have been so many lonely women taken in by these requests that it's become a lucrative cottage industry in some parts of the world. 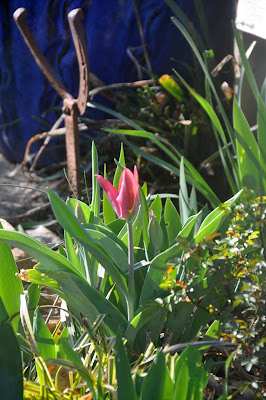 It works like this. The spammer engages the victim in on line chat which quickly becomes more and more personal. He is falling in love with her wit, her picture, her personality, and is eager to meet her in person. Perhaps this will lead to marriage, he hints. The poor deluded victim, heart all a-quiver can't wait to meet this sweet talker in person. And he is ready to travel, to be at her side -- only first there's a financial difficulty he has to resolve. If she could just lend him the money, all would be well and they could be together at last . . .

It seems hard to believe but far too many seniors have fallen for this scam -- to the tune of thousands of dollars.

Parents worry about what their children are up to on the Internet -- now some adults have to worry about who their parents are meeting on line.

Lonely hearts at any age are vulnerable. 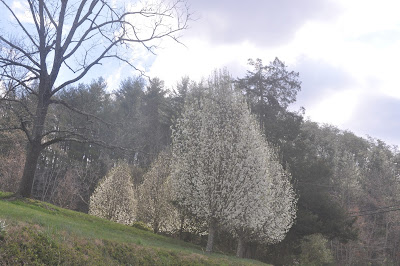 Indeed, we can be so gullible. Loneliness can propel us into all sorts of things we could never have anticipated. Thank you for this post!

It actually took me several moments to figure out what you were talking about...he looked ok in the pic, the description, well, ok...then you disclosed what this was all about. Oh my. I'm not gullible I think...but when believable things come my way I tend to take them with a grain of salt until something unusual happens. For me it's FB friends in the pottery community, which are all over the world of course. But when they start messaging me on personal levels, (especially with handsome young men's photos as their profile) I quickly unfriend them. Sorry Charlie, not interested.

Oh Vicki, it was just a couple of days ago it went through my mind if I still blogged I would speak about this exactly. It is unbelievable the request I get and so like what you described. If it wasn't so sad it would be funny. As a long time widow I cannot imagine any woman falling for their request except I am blessed to have a wonderful man in my life. I like to think I still wouldn't fall for their misspelled words. I hope many read your words and heed them this morning. �� Happy Easter my friend.

Lonely hearts at any age may be vulnerable but they surely don't have to be stupid. I must admit that I'm a bit hard-hearted when it comes to these "vulnerable" people. I have very little compassion for them.

I can never figure out how rational folk of any age can be duped. I guess it's the "rational" part that is lacking.

Sure that can happen to both genders. I have two words for that kind of person and it ain't happy birthday.

Thank you for your very good site….

Indeed. Thankfully I haven't attracted any spammers yet.

What a world this is, Vicki.

Tonight's news told me of the wife slagging competition between Trump and Cruz.

It is so sad for me to read how many seniors have been defrauded like you explain on your post. I think one of the problems is this culture of greed – constant money talks, always wanting more, legally or otherwise. I get one or two calls a day from Payday Loans, telling me that I have been approved for my loan. They change their phone numbers to local numbers, or unlisted and they even call showing my own telephone number. I have another one who has been calling me at least 2 to 3 times a week since I retired in 2008 telling me that they’ll give me a better credit card if I give them the number of my current card … I also get those guys from India telling me they are calling from Microsoft because they found something wrong on my computer. I don’t answer or if I do I speak in French only. I am on the no-call list even. I tried to call AT&T and ask them to block those numbers but they said that service was not available in my zone.
On AARP I read that “According to a survey by True Link Financial, older Americans are criminally defrauded of $12.76 billion annually.” That is not small change …