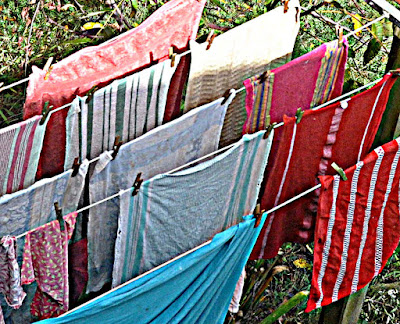 We've had rainy weather for days now . . . and our dryer isn't working. John has diagnosed the problem and has the necessary part ordered . . . 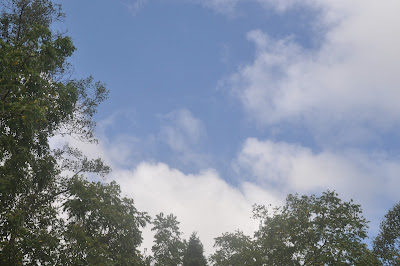 But the laundry is piling up and seeing blue skies this morning, I did several loads and hung them out. 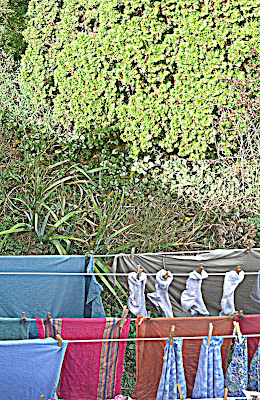 Upon which the clouds rolled back in. When it began to sprinkle around four thirty, the laundry was still damp . . . John (who is a terrific handy man) has rigged a by-pass of sorts to the problem and (I hope) our damp laundry is tumbling itself dry as I type. 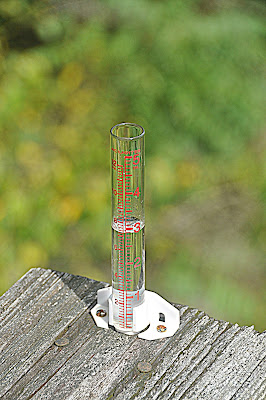 It wouldn't be such a big deal -- except that with the forecast of heavy rainfall beginning Friday -- along with the possibility of power outages -- I'd really like to have a full complement of clean towels and underwear.

So we're filling vessels with water (when the power is off, the pump doesn't work) and considering what else we might need . . . John has dug the water breaks on the road deeper . . . and I'm telling you all that if I don't post at some point, it's probably that our internet is down.

We  are happy at the thought of more rain to raise the water table but we hope that those in areas of flooding stay safe. And have lots of dry clothes. 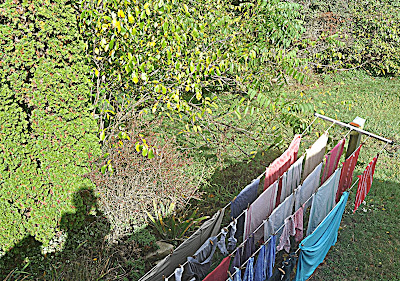 Email ThisBlogThis!Share to TwitterShare to FacebookShare to Pinterest
Labels: laundry

When I was young, I used to think,
That water came from the kitchen sink.
But now I'm older, and I know,
That water comes from rain and snow.
It stays there, waiting in the sky,
In clouds above our world so high.
And when it falls, it flows along,
And splashes out a watery song,
As each raindrop is joined by more
And rushes to the ocean shore,
Or to a lake, a brook, a stream,
From which it rises, just like steam.
But while it's down here what do you think?
Some DOES go to the kitchen sink!
Helen H. Moore (1921-2005)

Hope everything stays up and running. I know how that goes, I've been there several times, especially during and after "IKE". Thankfully, there has only been one time we've been without water completely and that was during "IKE" when the city water went down. Fortunately not for very long, but it made a mess of our pipes!

We're thankful for the rain too. Now I better go check our forecast for the weekend...
Sam

Oh yes, very thankful for the rain, but starting our hurricane prep - gas for the generator, flashlights, etc.

Vicki, our weather forecasters have already started their pre-hurricane scare-casts. Let's hope they are overstating the potential for wind and rain over the next days.

I am very, very impressed by your husband's brilliant problem solving skills.

Hoping your power stays on. xo

Be prepared - and it probably won't happen as bad as they say. I could do with John over here to solve various domestic puzzles.