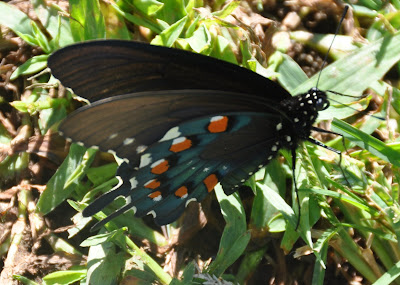 I've fluttered away to Buried Under Books where I'm talking about writing dialect . . . and there's another drawing for another copy of THE DAY OF SMALL THINGS.

Please click over and give your opinion -- how much dialect is too much?  I'm still struggling with this question... 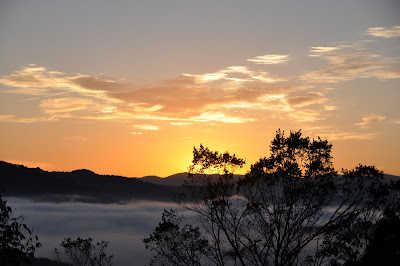 Beautiful photos once again Vicki, I always look forward to these glimpses into your part of the world and I think the same about dialect, let the area and era show through.

Vicki, I have absolutely no problems reading dialect. And I am a “non native speaker of English”.( is that the right expression?) I think you should always use it when needed to create the images og the characters in your book. It wouldn’t be natural if your Southerners spoke with an Oxford accent.LOL. I think you are clever to know all these various dialects.

I could not imagine your books without the dialect, and especially how it changes with the generations.

I so admire people who can write dialect. It's an art and not everyone has the talent to carry it off.

Your segue from the butterfly was fabulous.
Sam

Thanks, Marilyn -- I agree!

I think you must be particularly gifted with language, Wil, as many as you speak.

There's a movie called SONGCATCHER, Joan. It was filmed in our area and the dialect is pretty accurate, especially that of a young girl ballad singer. (As an added treat, the milk cow who's in shot for about 30 seconds was rented from us for the movie. There's glory for you.)

I love to read bits from my books. Maybe I'll explore getting a bit recorded and putting here on my blog for those of you who'd like to hear the Appalachian voice.

Just got a 'courtesy' email from Amazon that "The Day of Small Things" is now available! Woot!

As for dialect, I think you do an excellent job bringing across the flavor of the hills, while not overwhelming the reader. There have been books I've read in the past where the dialect distracts and makes it difficult to concentrate on the storyline.
Tammy

I love "Songcatcher" and have the DVD. You can bet I'll be watching for your cow next time!

I especially love the photograph of the fog-filled valley. How wonderful to look out and feel as if you are above the clouds.

Thank you for the movie reference Vicki..I'll be looking for that. How amazing to have a film star cow! Oh that would be wonderful to have you read.

Thank you for pointing out "Room." Absent a recommendation from someone like you there's no way I would have picked up a book written in the first person of a five-year-old child. And held captive in a shed yet.

I found the book to be absolutely fascinating and like you, I simply read it until I was done. So compelling and well written. Thanks again for recommending it.

Beautiful photos, Vicki! I especially like the butterfly and the way you used it to tie into your post on the other blog. (I just came back from there, sorry to get to it so late. I've been running around like a chicken with its head cut off today).

I just watched 'Songcatcher' yesterday and I saw your cow! I think I also saw a view that might have been shot from your property; it sure looked familiar.

I enjoy your posts because you are real and truthful. I am sure you are an inspiration to many. -- barbara

Thanks, Tammy! Yep, One week to go!

NCMountainwoman -- I may have already done a post about the movie star cow but I may just do it again. It's a good story... And I'm delighted that you liked ROOM! I think it's really exceptional.

Yes, and I need to do a post about my friend Sheila Kay and HER part in the movie...

Victoria -- the movie was shot -- or much of it was -- about half an hour away from our house.

Well, I am pretty real and truthful, Barbara -- except on April 1.

Thanks, Tammy! Yep, One week to go!

NCMountainwoman -- I may have already done a post about the movie star cow but I may just do it again. It's a good story... And I'm delighted that you liked ROOM! I think it's really exceptional.

Yes, and I need to do a post about my friend Sheila Kay and HER part in the movie...

Victoria -- the movie was shot -- or much of it was -- about half an hour away from our house.

Well, I am pretty real and truthful, Barbara -- except on April 1.

Am back again – this time from Savannah. We should be put for 3 weeks, then go on another trip. I loved the French haiku – lovely.
I read your recommendations for writing a book – I would never try writing one – I have trouble enough with my posts – lol as they say.
I have never seen that many tomatoes, even at the corner store. I like your site on prayers for peace in various faiths, but what about people with no faith or agnostics – some are reading my blog I know, maybe just “words” of peace rather than “prayers”?
About the posts “What are your limits” I tell you what I like in an English language mystery – and Agatha Christie did it in many books, is the first page have a list of characters, like in a play. I have a problem with remembering English names that sound alike, John Anderson, Jim Jackson, Jules Ryerson, Robert Johnson, as an example, and forget who is the son, the boyfriend, the neighbor and have to constantly go back to the first page many times until I get all the names straight in my head, and that takes me away from the story.
I went to the site you mention to talk about dialect. I enjoy the NC dialect in your books – there are some people from Dallas, Ga, actually who speak just like it, really.

Vagabonde -- I Like a cast of characters too. Back in college when I was working my way through various novels on which I would be tested, I always made my own cast of characters on the inside of the front cover. Especially with Russian novels -- talk about confusing names!

Oh I agree with you Vicki. I think you should use the dialect for the characters who speak it. If you know it, use it. What is familiar to you, for example, living in the mountains, will be totally unfamiliar to me, who lives in England. I will enjoy reading the dialect, trying to say it out loud and make it sound real. It adds credulity to the characters and is most important.
I am calling to mind Mark Twain's treatment of Jim in his book Tom Sawyer. It is very difficult to read and even harder to say out loud but without it Jim is not the person he should be.
In my latest story, which starts today, I shall be using three sorts of dialect, hopefully to good effect. The first is circa 1450, Abbey speak, the second is a language used by 60 year olds in England the third is used by teenagers - very different indeed. I hope I can pull it off!
Star