Death and taxes were on my mind today. Of taxes, the less said the better. And I hesitated about writing this -- so close on the heels of writing about Grace's funeral. But death, like taxes, can't be ignored and the passing of Bob Frisby, whose standing-room-only funeral I attended this morning, has left a hollow in the heart of the community.
. 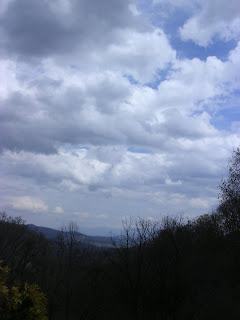 Bob (who was the inspiration for taciturn Jim Hinkley in Elizabeth's world) ran the local Gulf (later BP) station for forty-four years. And it took four preachers, a piano player, and a gospel trio today to attempt to do justice to the life of this good man.

Almost everyone in the community has a story about Bob's kindness and patience and quiet wit. This was a man who would close his station (for many years a one man operation) to come to the rescue of a customer broken down on the highway. This was a man who, at the end of a long work day, would hike up a steep mountain road carrying heavy tire chains for a stranded woman's car. This was a man who worked early and late, knowing that folks whose jobs depended on their vehicles were counting on his being there. This was a man loved and honored by all who knew him. This was a man. 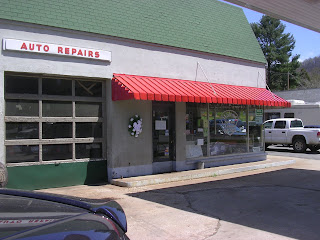 And a patient man. Bob probably never had fifteen uninterrupted minutes to work on a car repair, but he would climb out of the grease pit, nod at you with that quiet smile, and pump gas and talk about the weather as if he had all the time in the world. Maybe that's the secret to a life well-lived. 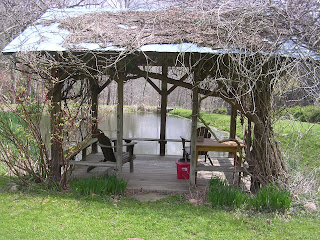 When he retired last year, Bob's friends were happy to think that now he'd have leisure for the things he loved: especially his family (how he loved those grandchildren!) and his fishing. (I think the first time that I really felt I'd been accepted into the local community was when Bob began to show me pictures of the fish he'd caught.)

"It breaks my heart," one of the preachers said, speaking of that well-earned retirement so suddenly cut short .

It breaks mine too.

I am so sorry to hear about Bob Frisbee's passing. He was such a kind and compassionate man. I was in his station almost every day of my home health career either getting gas, directions or advice about life. He was a gentle giant who will be greatly missed.

Many of the doctors from the old clinic were at the funeral, saying much the same thing.