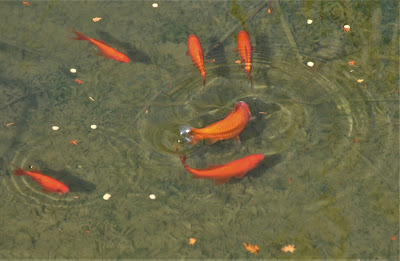 Since I talked (HERE) about reading/re-reading some long overlooked books before getting rid of them, I've actually been doing just that -- and what a pleasant surprise, so far. 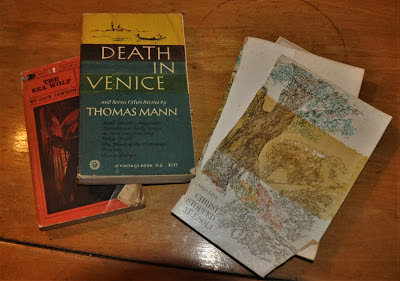 I began with Christ Stopped at Eboli by Carlo Levi, a book that is considered by many as one of the classics of modern Italian literature. It documents Levi's stay in Gagliano, "backward, malaria-ridden southern Italian village." Levi was a political prisoner during the year of 1935, but he was in exile rather than prison and he spent his time getting to know the people of the village -- illiterate, apolitical peasants, for the most part.

I found this book fascinating for the meticulous documentation of a way of life that had hardly changed in hundreds of years and for the close up characterizations of Levi's neighbors. How embarrassing that this little gem has been sitting unread on the shelf since we acquired it along with most of John's father's library -- about thirty years ago

Next I picked up The Constant Nymph (1924) by Margaret Kennedy. This novel deals with the somewhat messy family life of the children of an eccentric composer -- especially Teresa (the constant nymph,) who, in her early teens, falls in love with one of her father's friends. Set in the Austrian Tyrol and in Great Britain, it's full of wonderful characterizations and was evidently considered "Bohemian" and a bit shocking when it was published. A compelling read that I suspect originally belonged to John's grandmother -- who was a bit of a Bohemian herself! 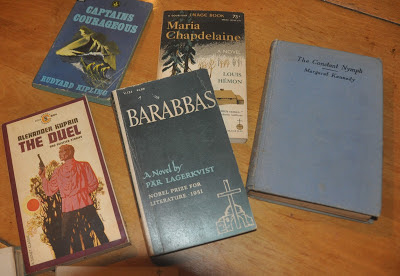 Then came Captains Courageous (1897) by Rudyard Kipling. I taught this book to seventh or eighth grade boys at Berkeley Prep in Tampa. It's very much a boys' book with a moral of the sort beloved in Victorian times -- spoiled rich kid is transformed by hard work amongst simple, honest folk.

Harvey Cheyne falls off an ocean liner, is rescued by fishers from Gloucester, and, will he, nil he, must participate for months in the back-breaking work on the Grand Banks until the catch is complete. It's no surprise that this is the making of him (one wishes something like this had happened about fifty years ago to the current occupant of our poor White House.)

What I really liked about the book though was the detailed description of life and work aboard the schooner -- Kipling was a journalist, as well as a novelist --and he captures a bygone way of life most beautifully.

Like Levi's book, I was put off Maria Chapdelaine by Louis Hemon (another dark horse from John's father) because of the back cover proclaiming it to be "Catholic literature." And it is, to be sure. But here again, it's not so much the story -- beautiful French-Canadian girl living with her family on a remote farm must choose between the life she's always known and the lure of the big city.  It's the perfect prose, the descriptions, and the glimpse into what life was like (very hard) in rural Quebec in the early 1900's. The characters and their way of life ring absolutely true -- no doubt because Hemon spent eight months living with a family who became the basis for his Chadelaines. 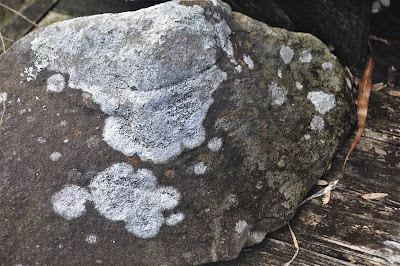 Last of all is Barabbas by Par Lagervist -- winner of the Nobel Prize for Literature in 1951. I read this for some class or other when I was working on my M.A. It's the story of Barabbas who was pardoned instead of Jesus. It follows him from the pardon, through the Crucifixion,  and the vicissitudes of the rest of his life -- always bearing the burden of unbelief.

As the introduction says, "In this enigmatic and unforgettable Barabbas, with its sense of spiritual torment, its deep stirrings of faith, its sure response to the movements of the human mind, is expressed the riddle of Man and his destiny, the contrasted aspects of his fundamental drama, and the cry of humanity in its death throes, bequeathing its spirit to the night."

A mixed bag of books, indeed! But all most worthwhile.

Next up A Yankee from Olympus and The Rise of Silas Lapham. I have my doubts about these . . . 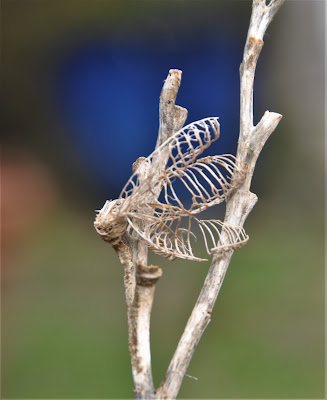 Email ThisBlogThis!Share to TwitterShare to FacebookShare to Pinterest
Labels: books

This is admirable effort on your part, and apparently you have been rewarded.

Good to have more books recommended...argh...the pile just gets higher and higher. That skeletal bug on a twig...doesn't seem real...how could there be those tiny pieces?