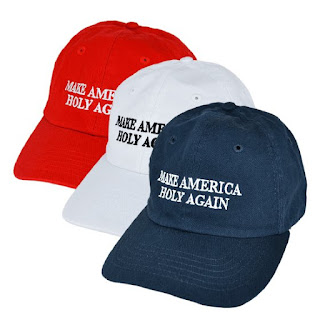 I saw these on Facebook and a chill ran over me. Is this what we want?

And if so, who says what kind of holy? (Definition:dedicated or consecrated to God or a religious purpose; sacred.)

Apart from the fact that we are a society with many people, some religious and some not, whose definition of holy are we talking about? There's the Roman Catholic religious purity the Inquisition sought to impose on all in Spain and the New World; the Puritan tenets that were imposed on England during Cromwell's time; there's Sharia law; there's the rigid tenets of Orthodox Judaism --  I could go on. 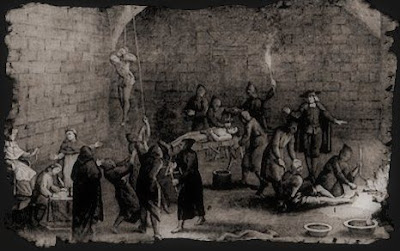 If we were talking about the Native American belief that the Earth is holy and not to be defiled, I might be able to get behind that. But I have a Real Feeling that the fella who posted these is talking about a Christian sort of holy.

Even if the USA is predominately Christian -- that's no mandate for imposing a Christian world view on everyone. And even if those Christians could agree on the rules, a look at the dissension within various denominations suggests that an agreement would be unlikely. The mere fact that there are denominations points up the lack of agreement.

And then there's that word MAKE.  There's a suggestion of force or coercion in that word that sends me right back to the Spanish Inquisition -- and the Taliban.

When was this time that America was holy? The Salem Witch Trials? The long years when most Christian churches supported slavery or segregation or Jim Crow laws? The glory years of burning crosses? Of punishing adulterers?

I'd really like to understand the mindset of the people who support this notion. Or if they understand what it would be like to live in a theocracy. And how that's exactly where this simple-minded slogan points. 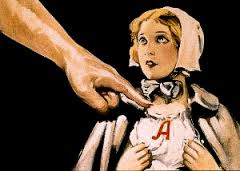 I absolutely agree with you. Holiness is in the eye of the beholder. It is in our imagination, an invention of humanity.

I guess it would start with no shopping or football on Sunday. "Remember the Sabbath to keep it holy."

That scares me. Perhaps we need to keep this kind of thing in mind so as not to become complacent. We need to remember that our freedoms and rights and liberties, which are for all of us, must continually be defended.

This election.......and social media......shows us believers that are emboldened. Whatever they cling to will give them the power they feel they have been denied. They have always been there, but we had a harder time seeing and hearing them.

I am glad we have a nation with freedom of religion. I am also glad that we have strongly kept our governance away from church hands...and would even hope that in the future churches would lose their tax-exemptions. Their incomes and property should be taxed, just like corporations. What we believe as individuals for religious identification should be a separate and non-political position. I sometimes cringe when that question comes up on forms...what business is it of theirs which church I go to?

I had an aunt who was always "holier than thou." She was criticizing the ten-year-old me for something she considered an infraction of her religion. My dear Granddaddy looked at her and said, "You know? It seems you think anything you can't afford or don't know how to do is a sin." She never criticized me again.

Mike Pence signed a law in Indiana that was called "Religious Freedom Restoration Act" that allowed anyone to discriminate against anyone else if they professed that their lifestyle conflicted with the person's religion. Hence, if I think gays are living in sin I don't have to serve them. This is the Mike Pence who is running as the GOP Vice Presidential Candidate. He needs one of those HOLY caps.

Pence scares me even more than Trump.

One more day...
You certainly need some strength for the Election Day as much as for the next day!

You make some very good points. Having lived in the US for many years now I have come to understand that one cannot talk rationally about religion to a very strict conservative US Christian – it is pointless. I have visited 60 countries so far, some more than once, and have only found Saudi Arabia to be more religious than the US. While traveling I have never seen as many tourists wearing religious tee-shirts than Americans overseas. On several cruises I saw groups of US Christians taking over a deck in the afternoons to “witness” – to the bewilderment of foreign tourists. One cannot have a good conversation about diverse religions in general with the extreme conservative Christians here, they are so sure than they are right, and everyone else is wrong. I worked with foreign trainees for decades at my work and when asked what surprised them the most about the US, about 99.5% of them said “how overly religious the US is” they had no idea. My US colleagues were surprised with this answer, they also had no idea that most other countries are not so interested in religion as the US and that foreigners would find it amazing when coming here.

So true, Vagabonde! So very many Americans have little concept of other religions and even when one attempts to educate them a little, the first impulse is to put their hand over their ears in fear of being somehow infected with this other religion. I suspect this is especially true in the rural and less educated areas, such as the south.

Not long now. I plan to vote mid-morning tomorrow. My polling place is just around the corner, a short walk. Usually the PTA (Parent Teacher Association) holds a fund-raising bake sale. Sometimes I have encountered my House Representative at such bake sales, and it's given me an off camera, one to one chance to have a chat with him.

After voting, and perhaps taking some photos for blog/instagram, I'll take a walk, then have lunch. Take a nap. Fix supper and get myself settled in for a long evening.

History is unfolding. Strange to say, I still have lots of memories of Johnson, Vietnam, Nixon, Vietnam, Watergate hearings and more. Back then somehow I hoped that the future would be better. Still hoping. xo

I'm with Frances. Still hoping. And most of all I'm with Hillary! Madam president. Want to hear it!!! Keep healing Vicki xo

Well I am way late with this comment, but here you go. I agree Vicki that the American Indian, specifically the Navajo worship the earth for all it gives them. They are also a matriarchal society. The sins that our Christian and Muslim people commit are beyond comprehension. The scariest of all is "ONWARD CHRISTIAN SOLDERS"