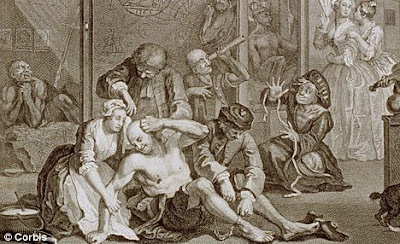 The word bedlam (a place of uproar and confusion) derives from Bethlem Royal Hospital in London -- originally an insane asylum where outsiders could visit and gape at the poor unfortunates incarcerated there. (There's a much fuller description HERE.)

Why do I bring this up? Because for the past several days a patient on my hall has been bellowing at the top of her lungs, OHOHOHOHOHOHOH, over and over. It's the sound I think I make when I'm having a terrifying nightmare, though in actuality, mine is more of a strangled croak, John tells me.

I've asked the CNAs what's up here and all they can (or will) tell me is that she was in the hospital and now she's here. I'm wondering if this is post-operative dementia or what. Or maybe she's a HRC supporter, having trouble adjusting.

But, annoying as it is, it's also heartbreaking.

UPDATE: I was just told that the poor woman recently suffered a stroke. And that the only thing that will quiet her is when her family comes to visit. The thought that she's howling because she's alone and afraid is even worse. 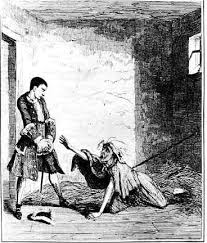 It can't be easy for either of you.

Oh that's just so sad! And so hard for everyone else to hear.

That poor woman… :( Yup, counting one's own blessings indeed. That said…can you get some ear plugs?

That is so very sad for her and stressful for you and the others there.

Don't we all wish something could be done for her to quite her pain and suffering. Would it be wonderful if someone could just hold her hand and read to her.