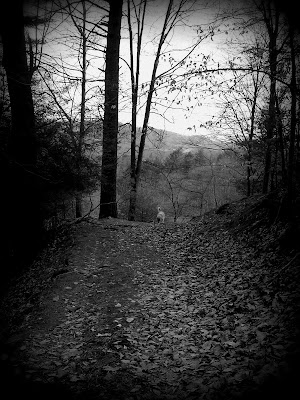 I am glad I am old, do not want to see this country several years out. Gonna make growing up in the 50s and 60s look like Nirvana...

Those of us who are so very sad today, must remember that there are many who are celebrating. What are they celebrating, I ask? I must try to get into their minds. There must be something that they are actually going to do positive, all that energy that is joyful can't be completely as wrong wrong wrong as I feel. And then again, maybe it is.

I will not look at anyone on the streets with the same eyes again. I hate to feel that way but I simply cannot believe that I live among such people. A sad and dark road indeed.

Vicki, God help us all. And I’m not even religious.

At first I wanted to cancel all my American followers’ blogs and never comment on any of them again but there are many like you. So, I can’t do it.

How absolutely bloody awful. Now, with Putin threatening Europe from the East, Brexit in the UK and the Big Orange One’s trumpery to trump it all, where does that leave us?

We couldn't believe this result either Vicki. Larry is devastated. Please don't any of you compare this with Brexit. It isn't the same thing at alll! Obviously in America the people don't want a black man or a woman. They are going back in time, but it wouldn't surprise me if the Republicans, having blocked everything that Obama did in the last eight years, now adopt all those ideas and pretend they are their own!!

Dear Vicki, we are heading into unknown territory, that's for sure.

I cannot say that I am shocked, but I am scared.

It is sad, indeed. But you know what? I am not surprised at all. They said that Georgia was a “maybe” state – I never believed it. Just listening to all the people around here I knew they despised minorities, the “non-Christians” and immigrants (I am one, don’t forget it and know how I have been treated all these years in the beautiful Deep South (and at work..) I think that most people around here talk a “nice, tolerant” talk but when left alone, they vote with their fear, insecurity, bigotry and racism, and not to forget “sexism.” This is the country were 100% of the presidents have been men – even 3rd world countries have had women of state. It is sad, indeed, but was predictable if you did not just listen to the media, the signs were here all along, unfortunately.

I am with Barbara Rogers above … for the past 18 months, and even more now, I have been trying and trying to understand. Now, I will take time to mourn, and then return to that journey.

I am with Frances above. I wanted to add scary to your list. And I keep thinking about my granddaughters. And your new soon to be grandchild. I do like the comment above about the republicans adopting Obama ideas and taking credit. Among the other many things I dislike about them is their utter lack of creativity or imagination. Alongside the other lacks of course like compassion and tolerance.

What a fine mess we have stepped into. HE will try to be a control freak and Washington may show him otherwise, I hope.