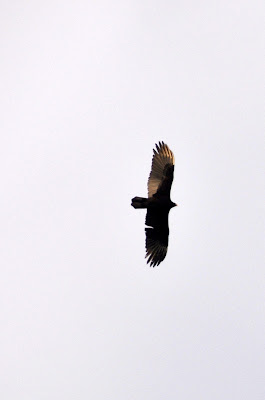 "We had to destroy the village in order to save it."

This seems to be the mentality of an uncomfortably large number of the American electorate who, unhappy with the status quo, are looking for a quick fix.

There are the evangelicals who say that Trump was sent by God.  Try to wrap your head around that. But then Billy Graham's daughter says God sends terrorists to remind us we need him. Maybe Trump is a reminder along the same lines. But I digress.

Of course many of these evangelicals are the same folks who would welcome Armageddon, who love the conflict in the Middle East as it brings the world closer to what they see as the biblical End Times. Could it be that the Beast with Bad Hair is foretold in Revelations? Oops, there I go digressing again.

Then there's the Bernie or Bust group who, if their candidate doesn’t get the nod, say they'd welcome the cataclysm that is Trump – to destroy the system. 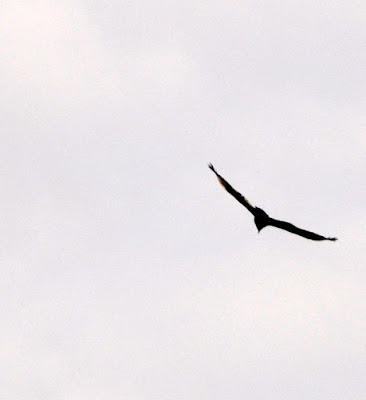 I see the frustration so many feel as they watch the world they knew changing, the world in which their status and privilege was a birthright. I see the fear of the unknown so many feel as social mores shift. And I see the impatience of so many with the Byzantine nomination process and party politics. . .

Burn it down and build anew?

I don't trust what might follow that revolution. I agree that we need change but, divided as our country is, one person's welcome change would surely be another person's idea of tyranny.

The change we need will require not revolution but a tedious, boring, frustratingly adult enterprise –a slow, two steps forward, one step back, process. It will necessitate compromise. Are there are enough adults in the electorate to accomplish this?

Meanwhile, the buzzards are circling. 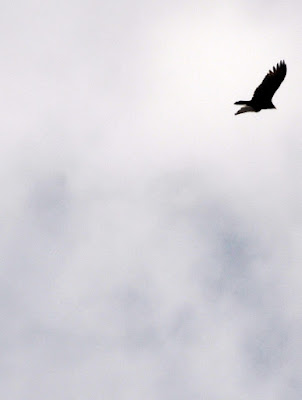 I hear you. So frustrating to watch what is going on in our political arena these days. The sad thing is many of the Bernie or Bust folks are guys who should know better than to behave like such misogynists. Thanks for the good thoughts.

You are right to worry Vicki. Over here in England (where we have our own momentous decisions to make at the moment)there is no support for Donald Trump. He is seen as a bullying childlike figure. However, our own leader leaves a lot to be desired at the moment.

This morning's news indicates an Austrian far right election victory. There is a lot of this shifting going on around the world.

Fear can cause many folks, even chronological adults, to act in ways that they might regret later on. Or not.

The internet has made access to information increasingly available. Not all the information is true. I am often curious about how the media decides what is news. Are whistleblowers valuable? Are we fortunate to have oceans on our east and west coasts? Is conflict part of our DNA?

The art of compromise takes some practice. The Golden Rule is a worthy concept, not practiced by everyone.

Vicki, it's about time for me to take another walk in Central Park. (When I first moved to NYC, many folks thought the Park was a dangerous place. Flower Power helped "gentrify" that situation. Change can be good.)

This is a rambling comment, but I do wonder about the human race's future.

The gullibility of the people backing Donald Duck and Bernie is the scary part.

Thank you, Vicki, for expressing so well what has been on my mind lately.

Circling buzzards. A good description of the feeling of impending unease over our political situation. You say it all so well. Thanks, Vicki.

These are the same people who nearly destroyed our government with their blind votes in 2010. And who agreed with McConnell that the primary goal of Congress was to defeat anything Obama presented. Yes, circling buzzards indeed.

I have often thought that your two party system is a problem. It sets up too much polarity. I guess it's a done deal now, though.

Well said. As you, I'm old enough to remember where the 'revolution' got us. I'm certainly hoping the country will come to its collective senses by election day. Or at least enough of us.