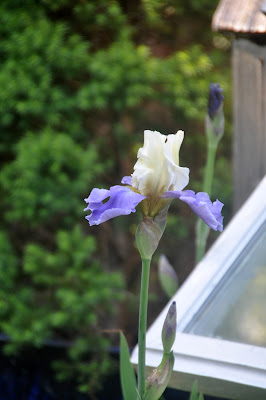 Wednesday night was the last meeting of my 15 week prose  class.It will be nice to have a little time off but I'll miss these folks and their fascinating stories. 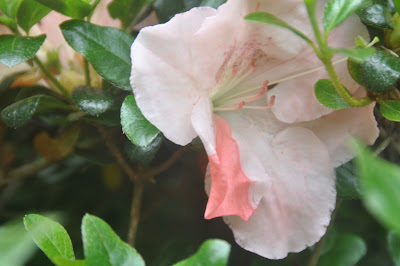 It was one of the strongest groups of writers I've had yet and one of the most thorough and generous when it came to the attention they gave to their classmates' pages.

The submissions ranged from memoir -- growing up in a large Roman Catholic family in Boston; growing up in middle class, small town Appalachia; growing up poor and gay on the streets of NYC -- to alternate reality fantasy set in another version of Asheville -- to  beautifully crafted short stories about ordinary people . . . and some not so ordinary.

And there were novels in progress -- a thriller about a woman vs. the Medellin Cartel; a YA with supernatural elements that moves between Nazi-era Vienna and present day Atlanta; a coming of age/road trip/buddy story with excursions to the past; the story of a woman faced with the loss of the illusions that have supported her; the story of a heiress, tangled in a web of deception; and the story of a woman on the verge of brilliant success, forced by family circumstance to abandon her passion and find a new means of fulfillment. 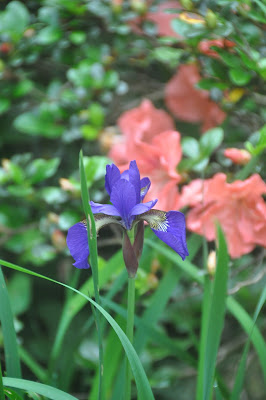 Every writer puts something of themselves into their work, whether it's fiction or not. Sharing your writing with others is opening yourself to criticism -- and learning to accept suggestion for change. It's a scary thing to do that requires a bit of bravery and a thick skin, even when the critics are trying to be kind.

One of the group made the remark that the class had been, in a way, like a therapy session.

And then someone else commented that at least half of the class were or had been practicing therapists of one kind or another. (I would include the hair stylist in this group.)

I'd never thought about it before but I have, indeed, had a lot of therapists/social workers/psychologists in my classes over the years.

What is it, I wonder, that draws this group to writing in such numbers? A habit of introspection? An interest in the human condition and the twists and turns a person's life may take? The many stories they've heard in the pursuit of their practice?

Or is it a reaction to dealing with difficult clients -- a relief to work with characters on the page, who will behave, at least most of the time, as you want them to? 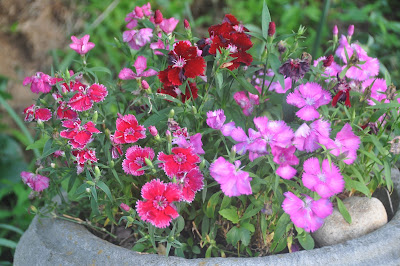 Personally, I think the last reason sounds plausible. Characters (and conclusions) can be controlled on the pages. Not so much in real life.

It is like getting together with a bunch of artists who all paint different pictures. I am sure you take away a lot from teaching the class. It sounds like a lot of fun, but a lot of hard work too.

Thanks for that tribute to our class. It was inspiring and memorable.

It's interesting to learn how many differing stories your students have been writing. It does not at all surprise me that many of the students are also therapists.

Happy weekend to you, rain or shine. Think we will be having a helping of each. xo

I am sure that they are now prose pros.