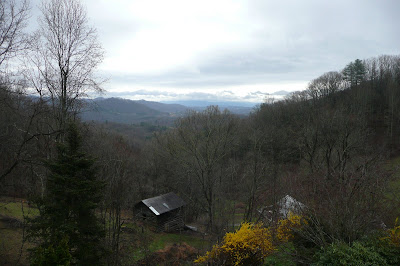 Today I received a list of questions from a person doing an article/promotion piece on some of the authors presenting at the upcoming Blue Ridge Book and Author Showcase. A couple of the questions really set me thinking.

1. What is one interesting tidbit about you that few people know?

2. If you weren't a writer, and could be anything you wanted to be, what would it be?


3. If you could have lived in a different time period, what would it be? Why?


4. What is the one subject that you would never write about? Why?


5. What is the most imaginative scene you have ever written? 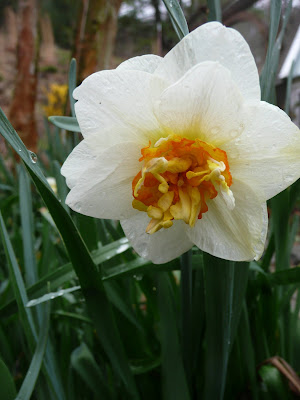 I've been given that first question before and the way I answered it previously was to tell how I once broke up a dogfight using an unorthodox technique learned from reading Robertson Davies' The Rebel Angels. This time my answer was that in 1969 my husband and I spent three glorious months riding a motorcycle around Europe.

It was the second question that stopped me cold. I thought about it a bit and decided to go on and answer the rest then return to formulate an answer.

Question three, what other time period would I like to live in, is one I've thought about a lot. There are lots of times and places that I would love to visit but ONLY if I were at the top of the food chain, so to speak. Elizabethan England, for example, might not be so bad if you were wealthy -- unless, of course you were a Roman Catholic . . . or a woman . . .or a Jew.


And even if you were wealthy, the hygiene, the medicine (or lack of it),the callous disregard for animal and human suffering (for example, bear-baiting, hanging, drawing and quartering for execution). . . no, I think I'll stay put in our times, flawed though they may be.


Number four, the subject I would never write about is cruelty to animals or the death ( other than old age) of a dog. Okay, I have killed a cat and a squirrel or two in my books -- but always quickly and without suffering. 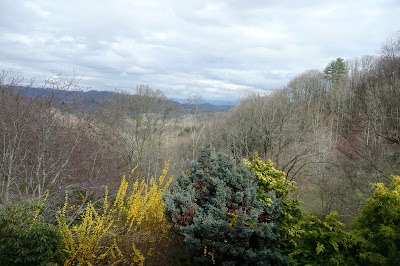 Number five I had to think about. I'm not sure about the most imaginative scene I've ever written -- in a way, that's more for a reader to say than me. But off the top of my head, and since I was eager to get back to question two, I chose the scene with Elizabeth in the Melungeon cabin toward the end of In a Dark Season.

And then I went back to the second question, trying on, in my mind, other enticing directions my life might take if I could be anything I wanted to be . . . and I realized that there is nothing I'd prefer to the life I already have -- with or without the writing.

So I answered that I'd like to be a very wealthy gardener. I don't want to live anywhere else but money for more plants and more help in the garden would be nice.

Even without it, I'm a happy woman.

But you probably knew that. 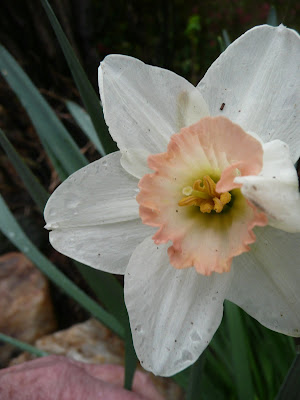 Labels: castles in the air

This was great Vicki, I loved the answers you gave!The wealthy gardner thing , after three expensive trips to the nursery lately, we have decided to build a greenhouse this summer. Flowers are getting really expensive!
Eric is driving me to New Orleans today as it is storming and he can drop me off and pick me up afterwards!I'm excited!
Carol

What a blessing - to be truly happy with the life you are leading.

Yes Vicki, to be happy and at peace with yourself is a true gift.
Thanks for the nice read this morning!
Caryn

Fun to get to know you a bit better! I can certainly relate to the wealthy gardener thing.

I can't do better than quote, as Eleanor over at Thatchwick Cottage does, Psalm XVI: "The lines are fallen unto me in pleasant places . . ."

Those were certainly some thought provoking questions. Isn't it wonderful to be at a point where you are truly happy and satisfied with your life.
Your photographs are spectacular. You are a talented photograher. Is that your cabin in the first photo?
Sam

Hi, Sam, Thanks for the kind words! Between the wonders of digital photography and living in a beautiful place, I've really come to love taking pictures.

That's the view from our bedroom window and the metal roofs are two old barns on our place. We lived in the one on the right while we were building our house.

Wonderful, and glad to know that when one of Elizabeth's dogs disappears, nothing bad will happen!

Yeah, I kind hamstrung myself, as a suspense writer,there. But back when SIGNS came out, a friend called to say that she was right at the part where Ursa had gone missing. "If something awful is going to happen, I've got to stop reading now," Ginger said and I assured her that it was going to be okay. And went on to promise that I would never kill a dog in one of my books.

Hi Vicki, I got these questions, too, but I just didn't want to deal with them. My mind's not in it right now, so i deleted. I feel deluged with requests for this and that when I want to be writing and reading seriously again. I would rather the Blue Ridge Writers Conf. go to my poems for the answers. I don't have any other kind right now.
Or, maybe I should have simply used poems to answer the questions?

I liked your answers, Vicki. I don't think I'd want to go back in time either. And I'm so relieved to know that nothing bad will happen to any of Elizabeth's dogs! Now another question for you: Do you think you could put the cats that are in your books in that same safe zone? :)

Kay -- I'm always relieved if I'm only asked to answer questions as opposed to sending 250 words or less on a topic of my choosing.

Victoria - I think I'll address the Plea for the Cats in my Sunday post. Stay tuned!