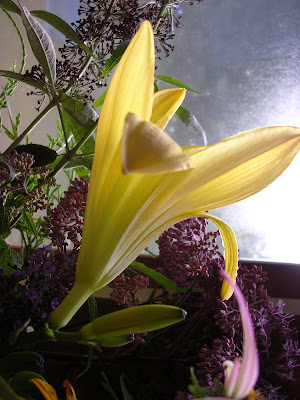 I've just learned that my beloved sister-in-law Fay is in the hospital, recovering from a second stroke. I ask for your prayers, good thoughts, positive intentions -- whatever. She is doing well -- I spoke to her this morning -- and is in good spirits but this is a sobering event for all her family and friends -- a reminder of the fragility of life and health. We can only draw closer and hold her in our hearts.


As Fay's late mother told us repeatedly, "Getting old isn't for sissies." Fay's six years younger than I; I don't think of her as old.

I'm really sorry to hear this, Vicki. I actually have a vague memory or two of Fay from when I was little. Sending many positive thoughts, and hopes for a full recovery.

On a lighter note, I've really enjoyed your new blog!