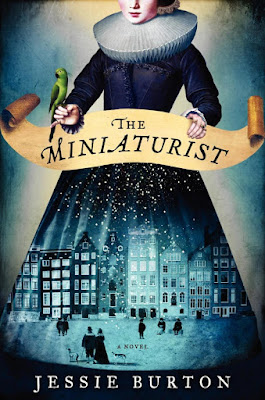 The premise is fascinating -- a young woman married to a wealthy man she hardy knows, a man who will not consummate the marriage, who shrinks from her touch. A house of secrets, ruled over by the man's sister, outwardly ascetic but given to fur linings in her somber garments. As Nella tries to find her way in a puzzling household and in the rich but unforgiving world of 17th Century Amsterdam, the gift of a cabinet for miniatures and the filling thereof catapults the story into mystery. Who is making these exquisite miniatures that are tiny replicas of the troubled household -- that seem to either foretell or direct the future?


Much is left unanswered -- I found myself wondering if there might be a sequel. But perhaps the unsolved mystery is the point. Perhaps the miniaturist is God.


No matter. The beauty of the prose and the lushness of description is reason enough to read this extraordinary book.

I'm told there is a television version . . . 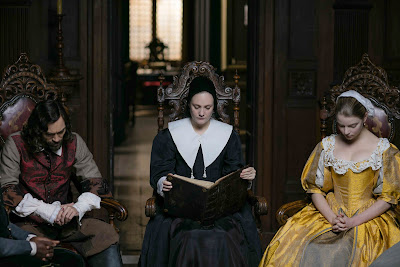 Brings to mind some old CSI episodes featuring a miniaturist.

I tried watching the TV version, but gave up after a while. Too much sitting on the edge of my seat kind of doesn't feel comfortable. And that there was no resolution tells me my decision was right for me...though I was intrigued (of course.)

I loved this book! I occasionally just pick it up and read a few chapters. As you said the prose is beautiful and descriptions are truly extraordinary!💖
BTW. Have you read "The Signature of All Things"? Another one where you get lost in the luxurious prose and delicious descriptions!Two of my favorites.

Oh, yes! Signature was such a pleasure!

Yes, the tv version was very good. I didn't even realize it's a book!
Also loved "The Signature of All Things."