Dan -- A Good and Faithful Dog 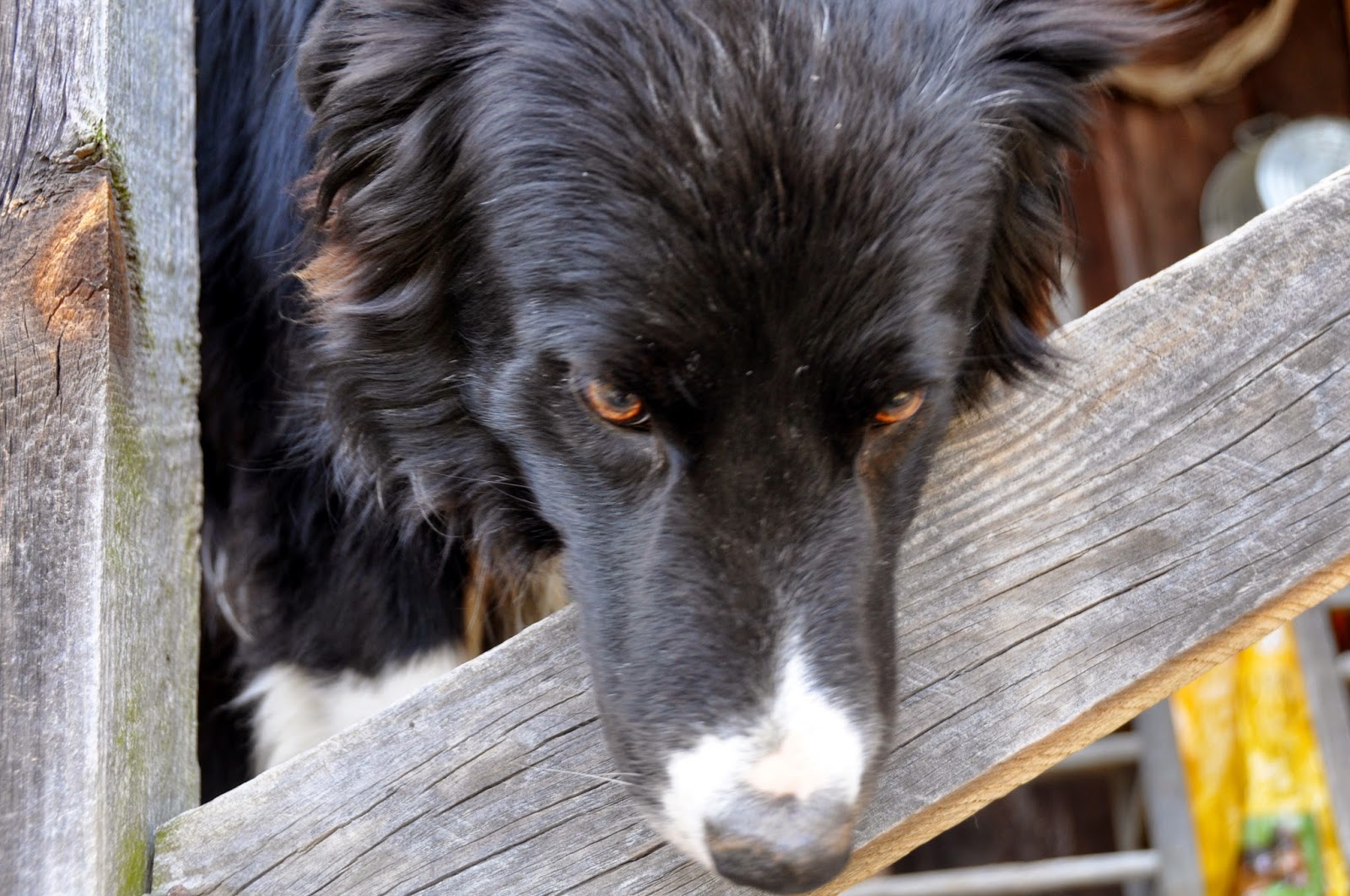 I wish this were an April Fool joke but it's not.  Dan, John's faithful shadow, is gone.

Dan had slowed down considerably in the past few years and been unable to jump into the truck like he used to. But he'd continued to dog John's footsteps and follow the truck up and down the road, slow, but determined.

A few days ago, he followed John to the house one last time and collapsed.  In a very little time he was gone.

I have very few pictures of him because he was always off with John . . . and because he never liked the look of the camera.

John was Dan's mission in life -- so much so that he had very little time for anyone else -- because he always had to keep an eye on John.

We'll miss you, Dan, you good and faithful dog. 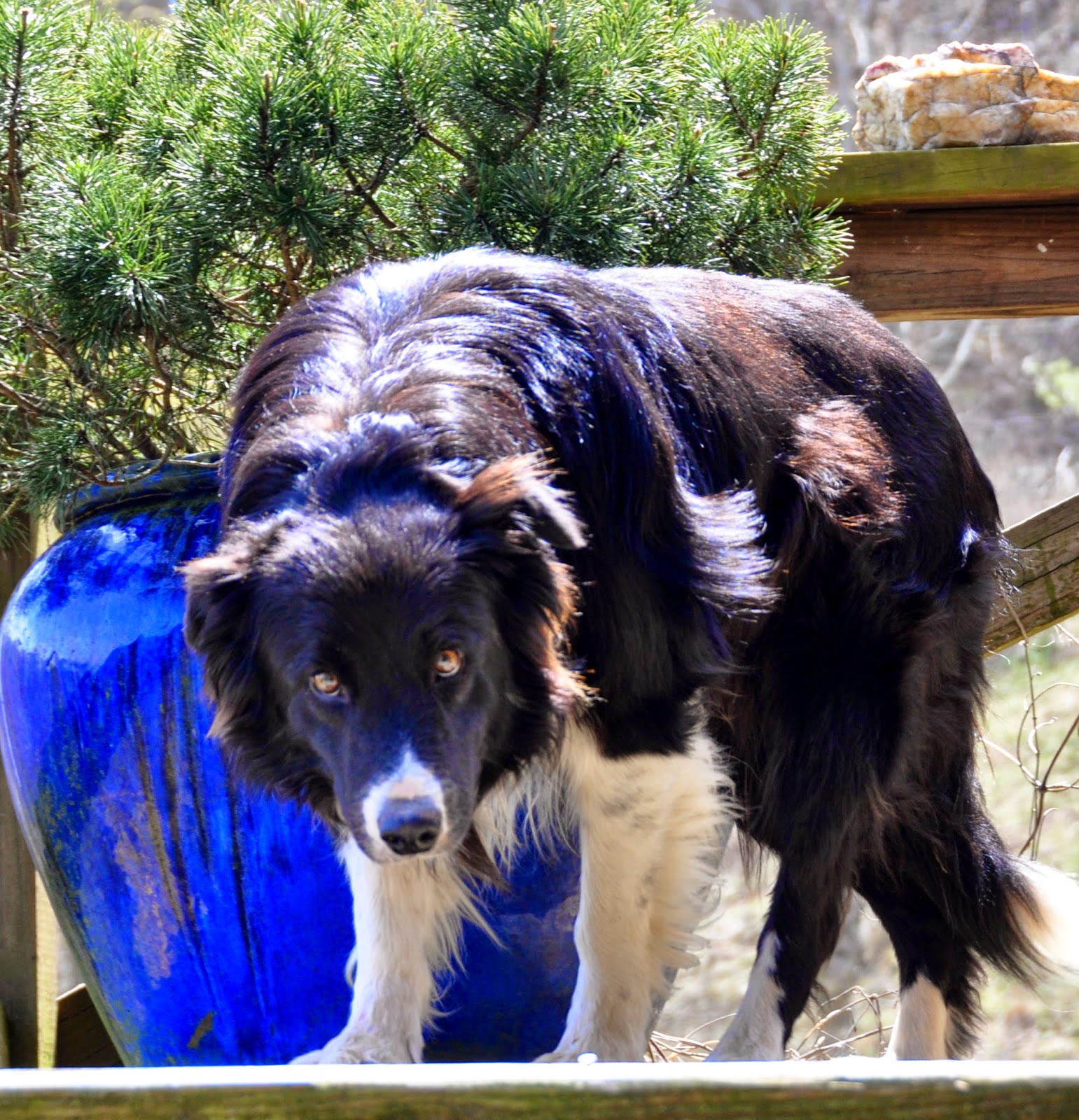 I don't know you - but was trying to do some things with my blog and this lovely photo of Dan popped up. I am truly sorry for your loss. You can see his soul in his eyes - there is no greater loss. Liz

I'm so sorry for the loss of Dan. It's so painful to lose loyal, loving companions. They are a very important part of our family and our lives. I still mourn the loss of mine.

I dread that day. Thoughts and prayers are with y'all. It's never easy to lose a loyal friend like Dan.

What sad news. He was such a good & faithful dog and I know you both will miss him terribly. The Dan's of the world were my only children and words can't express my sympathy for your loss. I'll be thinking of you both.
Sam

I'm so sorry. I truly believe our beloved pets await us in heaven.

Dan, thank you for the love you gave your People.

They are such a part of our lives, these wonderful pets. Dan is now in the Spring of life again.

I'm so sorry for your loss of Dan. I'm sure he'll continue to keep an eye on John.

Thinking of you during this difficult time.

Good bye dear Dan, and may his people find comfort in the memories of the good times you shared.

Ah Vicki, I'm so sorry. I'm sure this will be very hard for John too. Dan was a beautiful dog and his devotion was evident. He died doing what he wished to do, knowing he was loved. I'm so sorry though as it makes it no easier on you all.

Oh Vicki, so sorry to hear that. So much part of the family, he will be missed. But he will be remembered for all the right reasons.

We have a border collie that is getting to be old. I am dreading the day also but I am so sorry to hear of the loss. It is hard to lose special members of the family.

So very sad for you to lose your beloved pet. Dan looked like such a loyal and beautiful friend. Your photos of him are lovely.

Godspeed dear Dan. So sad to lose such a good and faithful friend.

Sweet memories will blunt the pain I hope

I'm so sorry … please share my condolences with John … this time must be particularly hard for him. :(

Oh my, Vicki. I do send you and John my sympathy. I feel as if Dan's wanting to take that final walk with John is very poignant. Trusty and trusting companions.

So so sorry for both of you. Dan continues his happy life in Dogs' world.

Oh, Vicki, I am so very sorry.

My deepest sympathy to you and John. I bet John still sees Dan out of the corner of his eye every now and then.

Vicki, I'm so sorry for your loss of Dan. I know he had a wonderful life with you all.

Oh Vicki, I'm so sorry! My condolences to you and John. I have never got over the loss of my dogs. They leave a big hole in your heart when they're gone. Xx