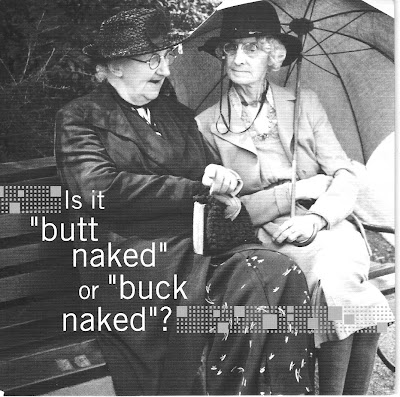 In an oral culture, words shift around, depending on who's using them. One of the on-line lists I follow has been having a discussion about using slang words in writing -- the words under discussion were 'skanky,' which I first heard a few years ago, 'hokey,' which has been a part of my vocabulary for a very long time, 'skeevy,' which was new to me, and 'hinky,' which I've heard and understand but don't use.

As the discussion went on, it became obvious that some of these words were used slightly differently in different parts of the country. And then one exasperated writer asked, 'Don't we have enough good words in English -- why do we need these new ones?'

This really amazed me as I can't think of a better way to delineate character than by the words, especially slang, he or she uses. Miss Birdie won't call someone a skank -- though she might recognize the word as we know she watches television -- she'd use the older word 'huzzy.' Elizabeth or Phillip would likely be familiar with the word 'hokey,' but Ben and Laurel would say 'sketchy.'

Slang is a wonderful part of a writer's tool-box -- you just have to fit it to the character.

But that leaves us with the question: What do you say (if you say it at all) -- butt naked or buck naked?

I have to say that I have always said "buck naked." (Or more likely "buck nekked.") Now that I see it, though, I think I like "butt naked" better. Makes more sense too, doesn't it?! :-}

I love listening to people from different areas, and eras, talk to each other. It's amazes me how people can use different sayings, and yet they completely understand what the other is talking about. It's like we have a built in universal translator. (Or would that be a regional translator?)

When I say it, I too say 'buck nekkid.' I figure that was the original saying but people heard it and 'butt' made more sense.

Being a traditionalist, I'm sticking with 'buck.'

Lynne-
My hubby and I are from Georgia, too, and Lewis Grizzard was the best. And so right...
-S-

I Adore Lewis Grizzard! Have most of his stuff on cassettes and need to replace them as I've about worn them out with repeated listening.

I've always heard 'buck-naked' around here. Not sure where it originates though. All I know is if I'd said 'butt' naked as a kid, I would have had my mouth washed out with soap! ;-)
Tammy

Yeah, 'butt' was not considered a polite word in my youth either. Of course, in my family, chickens didn't have breasts or thighs -- they had white meat and second joints.