Knee Jerk Responses -- Including Mine 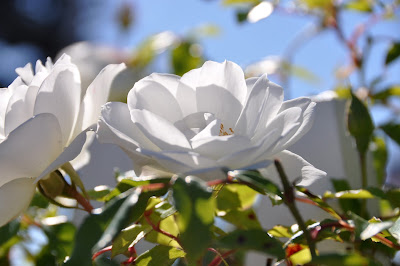 It's so predictable -- another horrific mass shooting by a deranged person with a gun  and a white supremacy kink in his mind -- and once again calls for Something to be done. Some call for a total ban of all guns -- that's not my position. Living on a farm, I see a gun  as a sometimes necessary tool. (Thinking about the bull that tried to kill John, the  dog with a broken back, shrieking in pain and the nearest vet forty-five minutes away.)

Others call for stricter controls -- licensing and registration and a ban on assault type rifles and armor-piercing bullets.  That seems sensible to me. But the NRA and the gun lobbies are working hard to make guns, lots of guns, easily available to everyone.

My older son made what I think is a good point on Facebook last night. "The ownership of guns isn't the problem with the culture, it's the mentality that rolls out big gun shows with special sales every time there's a school or church shooting or a Democrat elected into office.  People don't care that they're selling guns to crazy white people because the're profiting from the fear of being an unarmed crazy white person when crazy black people might have guns."

Profit -- that's the key word here. The instilled fear of Obama and what he might do has been a huge windfall for the gun industry -- and still he hasn't come for our guns. 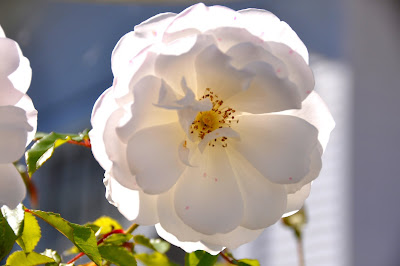 Of course, along with the predictable hand-wringing and enumeration of similar incidents -- Sandy Hook, Columbine, et cetera, et cetera,  and the hint of some steps toward gun control, comes the predictable, pre-scripted right-wing response -- "If those people in the church had been armed . . ." "Guns don't kill people, people kill people," and "If you make guns illegal, only criminals will have guns," and the  always popular invocation of the Second Amendment: "...the right of the People to keep and bear arms, shall not be infringed."

Funny how they rarely quote the bit that precedes that: "A well regulated Militia, being necessary to the security of a free State, the right of the people to keep and bear Arms, shall not be infringed."

And there is the fact that the framers of the Constitution were talking about muzzle-loading muskets that simply don't lend themselves to mass murder -- unlike semi-automatic weapons that do.

I keep coming back to the response -- "If the people in the church had been armed, they could have shot the shooter."

Maybe so. But is this the answer? Is this the society we want -- one where you take your gun along with your Bible to prayer meeting? Or is it time to address the deeper causes of the violent society we have become.

I sure have no answers -- just lots of questions.

(There is a good article on the subject HERE.) 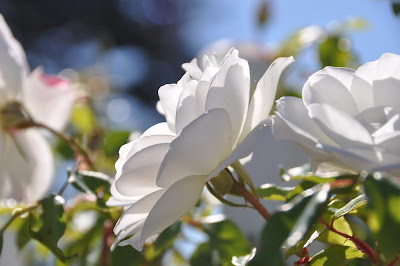 It was interesting to see some framing this as a hate crime against Christians, choosing to overlook the shooter's alleged words to one of the survivors. Those words made it clear that the victims were targeted because of their race, not their religion.

How can anyone say we area 'post-racial' society? One only has to look at the racist venom aimed at out president and his family not to mention the uneven treatment meted out to African Americans at the hands of law enforcement. This is not the country we should be.

And the Confederate flag still flies on the grounds of South Carolina's state capitol. I wonder if it's been lowered to half-mast. 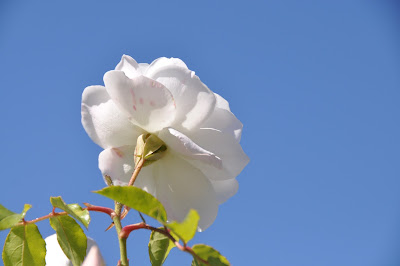 Contact hotmail customer service said...
This comment has been removed by a blog administrator.
June 19, 2015 at 5:29 AM

You have the gift of expression in words...........telling what so many of us are knowing and feeling, but having no adequate way of speaking, except through anguish and tears.

The Charles Pierce article was a good one. Lyndsay Faye wrote a blog post on it that you would probably be interested in. The link is here. http://www.lyndsayfaye.com/blog/ I'm having so much trouble with this - the absolute rage I feel, screaming "how can you not get it?" How can you not understand that 300 years of slavery, oppression, rape, murder, lynching, systemic racism and the belief in white supremacy has created this? And the guns . . . over and over and over, terrorists - home-grown terrorists mind you - kill our children, kill us, our friends, our family, and our response?

Sorry to rant, I'm going to go garden and see if I can find a little peace.

I read Lindsay Faaye's post, Karen B -- it was really good.

Guns!? Follow the money. The gum culture in this country seems but a piece in the horrific puzzle that is the money to be made, the power and control to be seized, in the International Gun trade.

The "guns don't kill, people do," has to be the most inane argument possible.

The confederate flag on the capitol grounds in SC is flying a full staff today. According to the governor, only the General Assembly can order the confederate flag to be lowered to half staff. (Somehow I suspect that flag will get lowered as the public outcry increases.)

Your thoughts mirror my own. Thank you for saying it so well.

I'm so sad. This young man has just qualified to become IS IS member. Why are we so primitive? I can't even comprehend that much hate. Has the human race have a future? Not a chance with the self distruction

I'm so sad. This young man has just qualified to become IS IS member. Why are we so primitive? I can't even comprehend that much hate. Has the human race have a future? Not a chance with the self distruction