What the Tortoise Saw 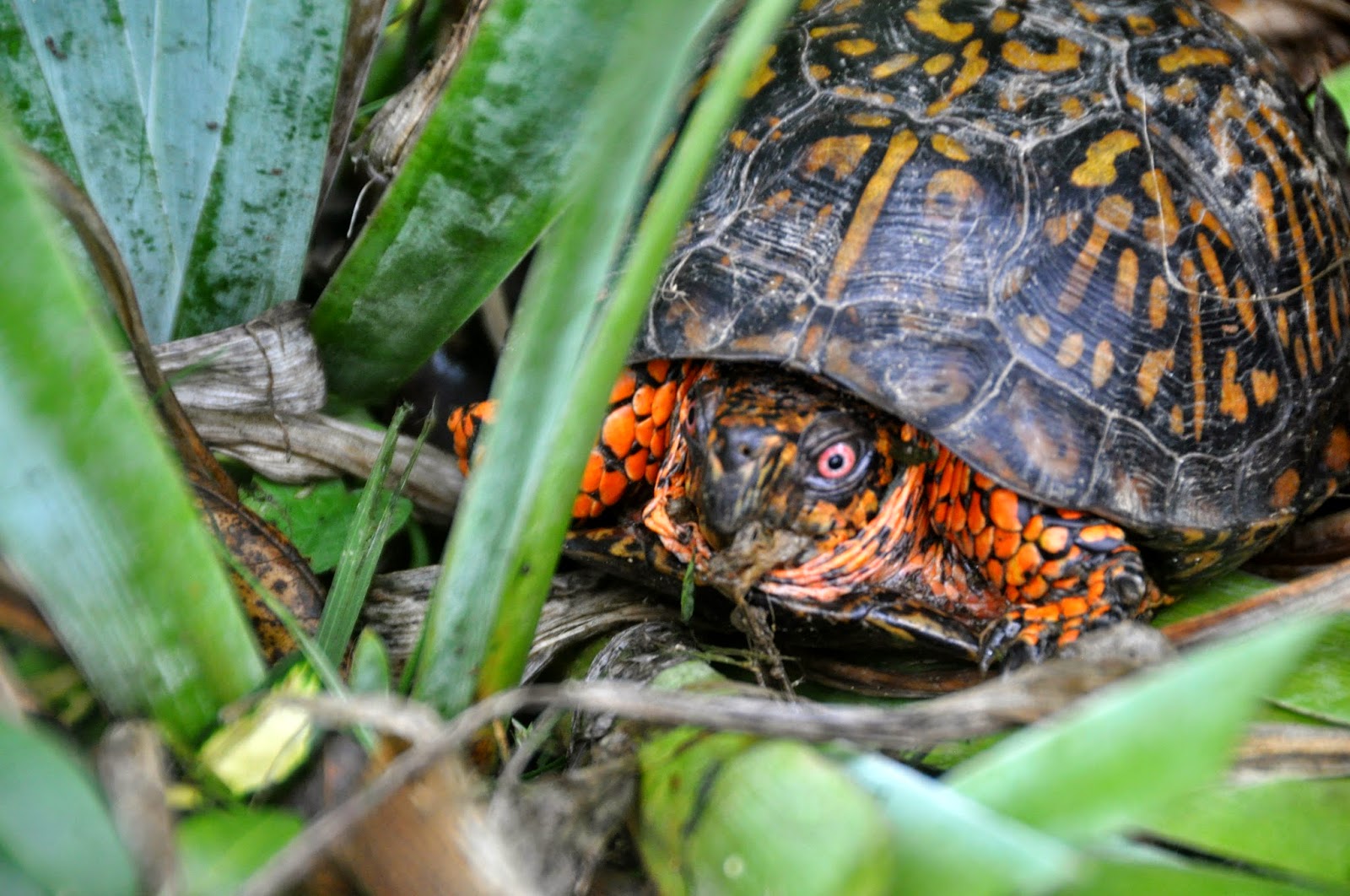 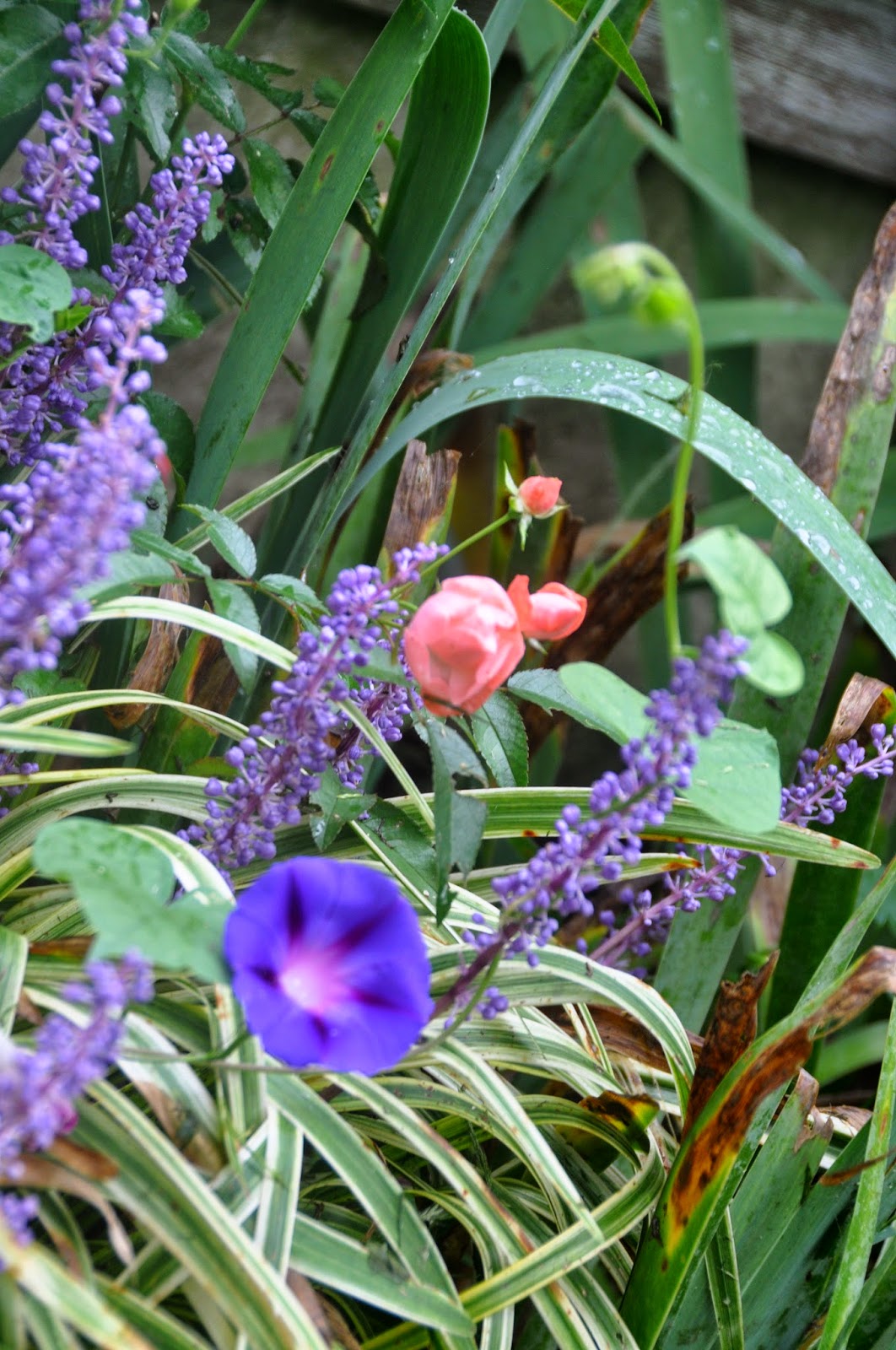 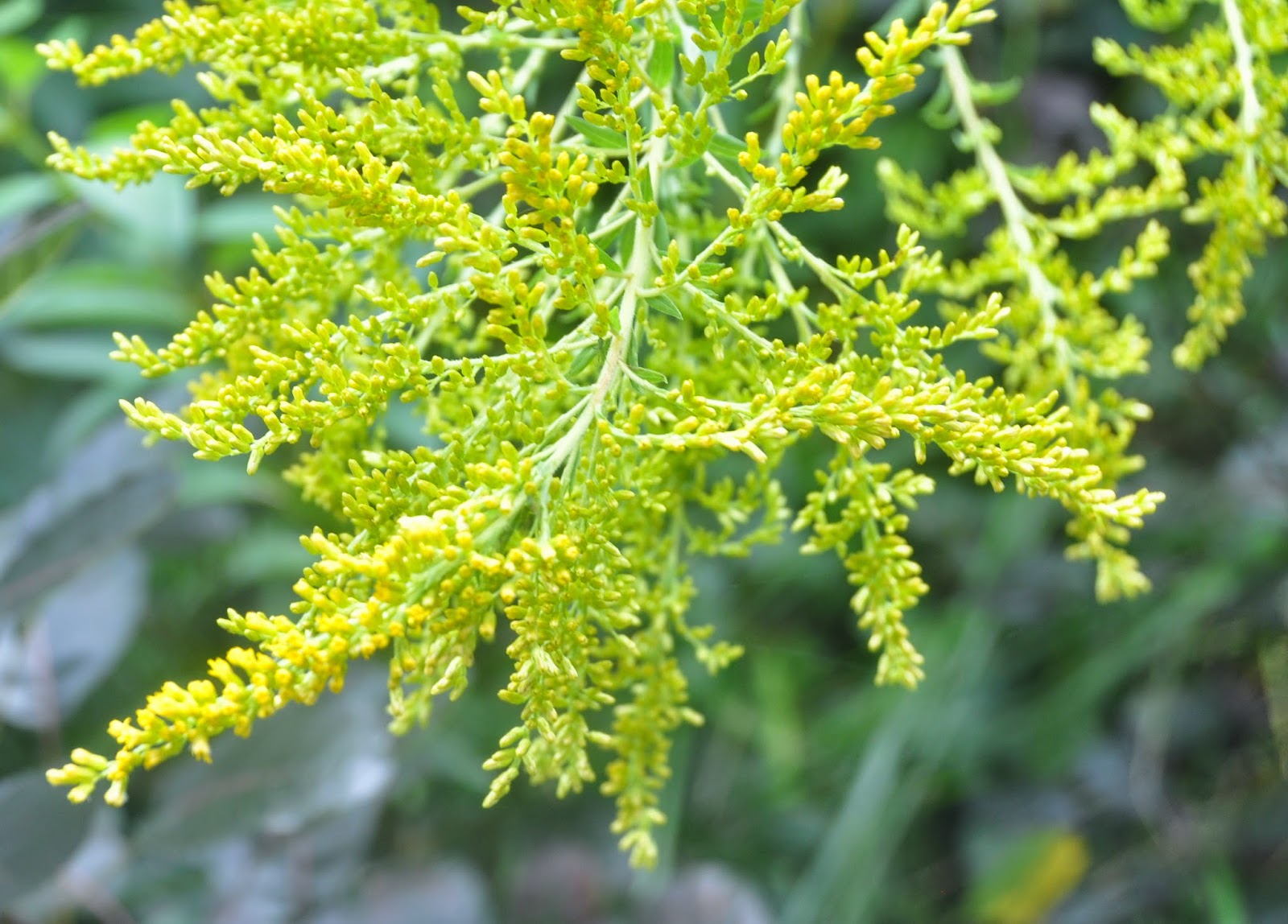 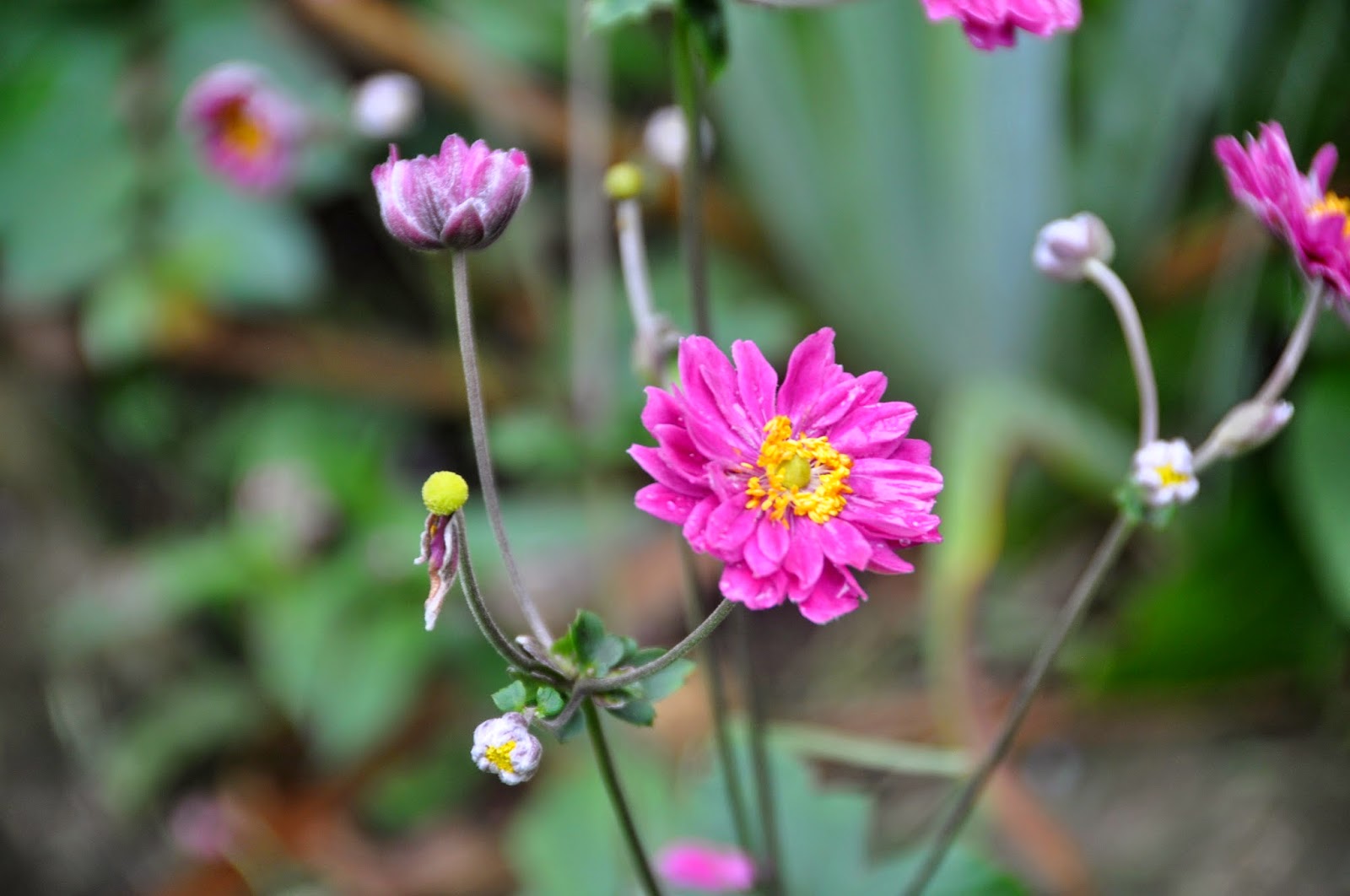 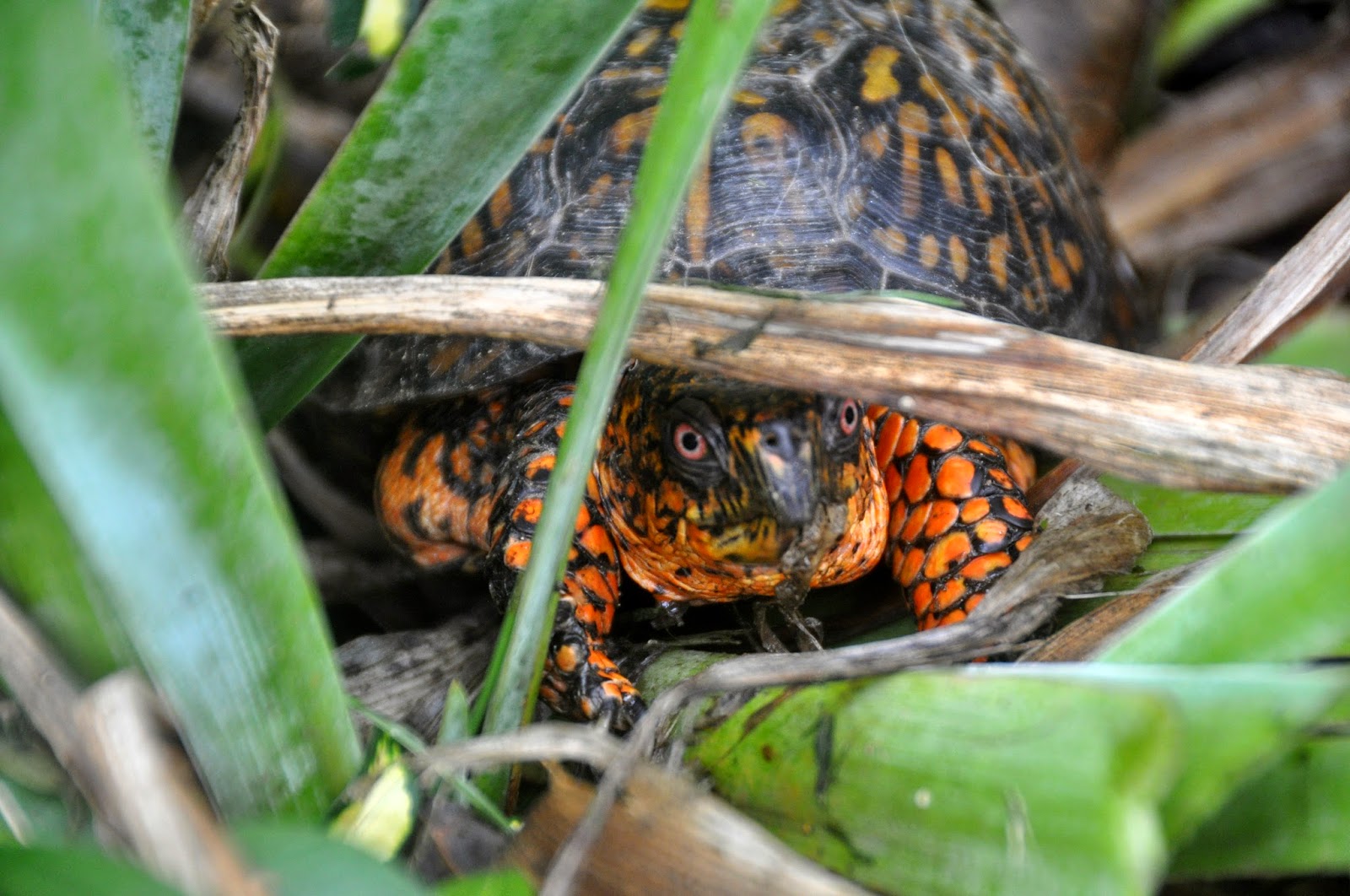 Such a beautiful tortoise! I've never seen one with orange spots and dark pink eyes before. Do you know what kind of tortoise it is? (I deleted my first comment because, when I read it after it posted, it just made no sense. It's been one of those days...)

Tortoise has some nice surroundings, for sure.

Not bad at all!
And yes this tortoise seems to have a very good shampoo for his shell!

Just back from an early walk, during which we got talking to a woman who was collecting dandelion leaves for her tortoise's breakfast! It's a tortoise takeover!

He's a beauty...and how good of you to take his viewpoint!

Actually, it's not a tortoise, I find. It's an Eastern Box Turtle. But it lives in holes in the ground and, as far as I know, doesn't swim. Males have red eyes, females brown -- I can't decide which this one is. Their undershell has a hing and they can pull their heads in and shut up like a box. Hence, I suppose, the name.

Vicki, judging by the bright orange coloration of the head and legs, I'd guess this to be a male. You can confirm this by turning him over and looking at the lower shell. Males have slightly concave plastrons, or lower shells. Apparently they couldn't get close enough to mate without that slight indentation. Jim

Sounds like Jim's the turtle expert round here. This fella looks a lot more colourful than the tortoise I used to have as a pet.

What a beautiful animal. A real charmer to female box turtles I am sure.

We have quite a few around -- this fella was especially colorful. I believe that JIm's correct -- a male.

OMG, LOVE this! :-)))) the photos are marvelous but my favorite bit is that you placed them within a short-story … very cool … love it when you do this. :-)