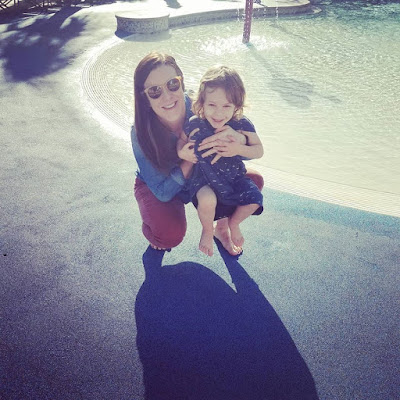 Her small self and mama have been enjoying a girls' weekend in Florida with friends. Claui reported back the following story:

In the airport, someone asked Josie her name and she said it was Clara. (Ever since The Nutcracker, she's been Clara off and on.)

"Yes, that's what you like to call yourself," said Claui, "but what's your real name?"

I'll be interested in finding out where that Stephanie came from.

This persona fluidity may be an inherited quirk. Her uncle went through a spell of insisting that his name was Rover. And later that it was Reth. And I, when I was old enough to know better, begged my mother to legally change my name to Deirdre. Or Lillith.

The answer was no and I got over it.

Looking forward to her small self's return tomorrow, whoever she is.

I have never experienced this with ours.

I quite liked your comment about cats and parallel universes.

Yes, I have had similar adult changes for a while, and remember at least one year that one son decided his middle name would be more fun to live by. Whew, so glad to settle into just being!

Children have such a delightful way of brightening our life! Thanks be to God! Have a grand day!

Lol! Her small self. These lil stories are going to be such treasures for her. She's so lucky to have her Meemaw be an author!