Here Is a Tiny Turtle . . .and Talk about Adulting 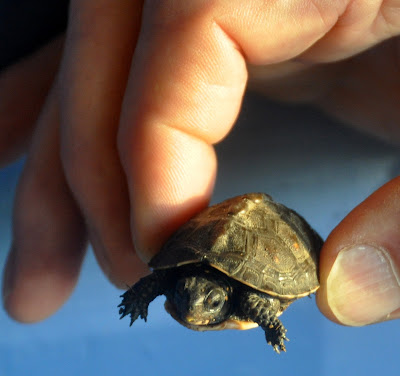 Probably a box turtle hatchling. Cute, isn't it? But that's not what I'm here to talk about.

Not for any immediate reason other than that we're both creeping up on three-quarters of a century and sooner or later this stuff will be necessary.

It's a little grim, looking ahead like this. But we both wanted, while we were able, to get legal documents that would prevent our spending our last days being kept alive by machines. And we wanted our boys to be relieved of the burden of having to make any hard decisions.

We were trying to be adult. But first I messed up by initialing some items before the lawyer and witness and notary were all assembled. Yes, it said at the top of the page DO NOT SIGN till all witnesses are present but I didn't think initialing was the same as signing.

Wrong. The lawyer sighed and went and made some new copies, telling his paralegal that next time perhaps she shouldn't leave any pens in the room.

Each time we signed, it had to be done accompanied by the lawyer's reciting a formulaic question as to whether we knew what were were signing and whether we agreed to have them witness. There were raised right hands and solemn-ish I do's.

We did pretty well till the lawyer asked John to affirm that this was his last will and testament.

And John said, as I probably would have had I been asked first, "So far." And the lawyer got a pained expression and I think the notary giggled.

Then there was a little nit-picky discussion about the meaning of last -- does it mean final or most recent? Because, who knows what the future holds -- we might, hypothetically, want to write new wills some day.

The lawyer took a deep breath and explained the legal meaning in the case and muttered something about a surcharge for difficult (smart ass) clients.

We agreed to call these documents our last wills and testaments and signed. 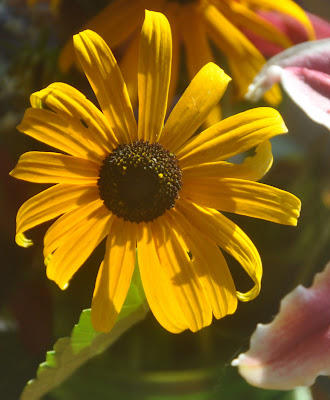 After all these formalities were completed, we went down the block to the bank where we've had a safe deposit box for almost forty years. That bank is closing so we had to get all our stuff out of the lock box and move it to another bank.

With some forethought, I'd brought along a nice canvas shopping bag. But it was in the car. John went to fetch it while I went into the bank to start proceedings to open the box.

I hadn't realized though quite how it would look when John, who only rarely goes into that bank, came strolling in with the big white canvas bag. I was the only customer and I was signing my name on the vault roster. But the two tellers and the general manager were on full alert.

"I thought about saying I was here to make a large withdrawal," John said, as he got nearer to me. "But then I realized they might not think that was funny."

Adulting -- we still haven't quite got the hang of it. 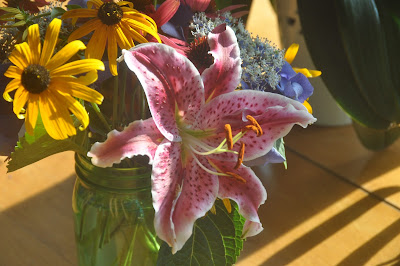 I couldn't help but chuckle at your attempts at adulting. I have had these documents prepared for quite some time. Being in the medical field made me ultra alert to the need for having my ducks in a row. I am getting ready to revise my will for about the 4th time and it has been recommended that you review your options every 5 years. Things do change and I doubt it will be my last but then who knows?

I've been doing the same, a couple of weeks ago did living will. I'll be at a workshop on Monday about Durable Power of Attorney. The advantage of living in poverty is not having to worry about bequests, but I will have a will so that there isn't the lag time of probate, and my wishes for burial will be there. Glad to hear you all are responsible and having fun doing so! Big bag in bank, I'll have to try that one.

We have done and updated our estate planning many times. Each time we increase the age at which the "children" can access the trust. So in this one area we have been fairly good at adulting. Now on other matters? Not so much. It is quite an ordeal, isn't it? Signing and passing papers to witnesses and the notary. But we did get to keep the pens.

Dorcus and I recently updated all of our legal documents, as well. But I think we may have had a more laid back lawyer. Ours didn't bat an eye when he had to make another copy of a document because we had messed up the first. He even invited us to his retirement luncheon later the same day. Hmm. And as for the box turtle hatchling, our granddaughter found one in late May when they visited for our 50th anniversary.

This is a wise thing to do. We had a living will (trust) made a few years ago. We still need to take care of the part of "no extreme measures" though. That's a very humorous story about moving your things from the bank.

I did this when I was diagnosed with cancer Vicki then I updated when I moved home. It wasn't too much of a problem except in my pocket book. Like you I do not want any machines around when I'm on my way out, xx

Larry and I did all that when we lived in Knoxville, but now we are here in England, I wonder if the documents are still valid? Something for me to find out! Thank you for the jog!

You did an adult thing while keeping a sense of playfulness.

Your procedure seems more regulated than ours from what I remember. But maybe we just didn;t have the chance to jump ahead.

"Adulting" that's a cool word Vicki. I have to find the counterpart in French... hard to find.
Such a wise thing to do and the sooner the better regarding the fees, at least in my country.

It's good that you did this "adult" stuff. But I sure do like that little turtle and your irreverence about the whole (as my friend calls it) "fixin to die" prep.