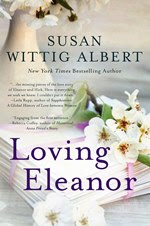 Loving Eleanor is a fascinating historical novel dealing with the relationship between Eleanor Roosevelt, arguably one of the most influential First Ladies ever, and Lorena Hitchcock, the hard-boiled AP political reporter assigned in 1928 to cover the wife of Franklin Delano Roosevelt. Hitchcock becomes privy to Eleanor's private life, on and off the campaign trail, and in time the two become almost inseparable. 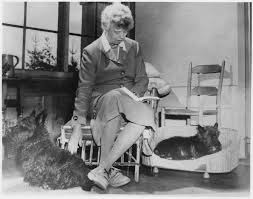 Based on thirty years' worth of letters -- letters that were given to the FDR library but sealed till ten years after Hitchcock's death -- the novel reveals a long-lived relationship between the reporter and the increasingly public Eleanor, a relationship that begins as passionate and survives separations and distractions, finally to mellow into a deep and mutually sustaining friendship. 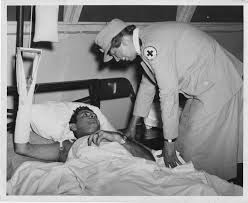 Well researched historical novels have always seemed to me a painless way to learn (or be reminded of) history and this novel is one such.  Seen through Hitchcock's journalistic eye, the compelling intimate history of these two women plays out against the panoramic background of the Great Depression, the New Deal, WWII, and beyond. 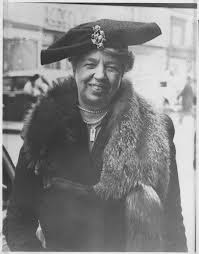 I think most of us see Eleanor Roosevelt as the icon that she became -- a hardworking, ubiquitous champion of any number of causes. Icons, alas, are curiously one-dimensional but Albert's inspired work, told through the voice of the world wise reporter who loved her, brings Eleanor into three dimensions -- virtues and flaws, strengths and shortcomings alike.

Loving Eleanor will be released February 1. There is much more information on the author's website HERE.

(I requested and received an advance copy of this book through NetGallery. )
Posted by Vicki Lane at 12:00 AM

Reading your post makes me want to read this book, I will... :-)

Not sure I will read it.I have always admired E.R.

Oh, she remains quite admirable -- but a good deal more human.

Another one to add to my growing list of must reads. Thank you